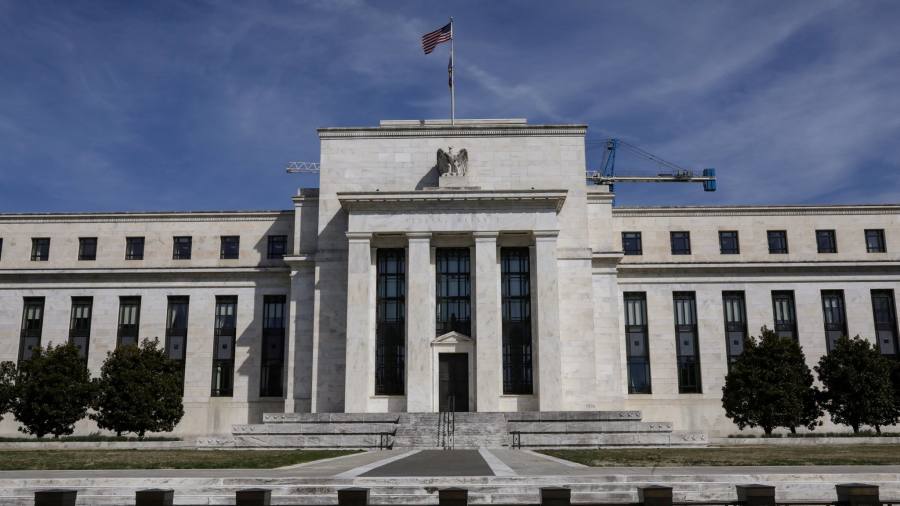 The Federal Reserve expanded its intervention in short-term funding markets on Monday after signs of strain emerged despite the US central bank’s emergency measures of the previous day.

The New York arm of the central bank said it would be willing to provide an additional $500bn in overnight funding in the repo market, where investors swap high-quality collateral like Treasuries for cash.

The offer came on top of previously announced Fed support for the repo market. Last week, it said it was willing to make $500bn in three-month loans and $500bn in one-month loans on a weekly basis through to April 13. It had already been providing up to $175bn in overnight loans and $45bn in two-week loans twice per week.

Gennadiy Goldberg, a rates strategist at TD Securities, said the Fed acted because repo rates were elevated in early Monday trading. At one point, the repo rate rose to 2.5 per cent. It subsequently settled at about 1 per cent.

The sign of funding pressure “had begun to spook the market”, he said, especially after the Fed dropped interest rates to zero on Sunday in its second emergency cut so far this month and announced at least $700bn in asset purchases.

Actual demand for the Fed’s cash remains elevated, but far below the maximum amount on offer by the central bank. On Monday, the New York Fed saw $130bn in bids for the overnight loan, and just $18bn for the one-month loan.

Still, Mr Goldberg said the take-up by market participants was hovering at a record high. He added that the Fed’s repo operations “address the symptoms, not the cause” of what is ailing financial markets, but were helpful because “they can activate it quickly when there are signs of stress”.

He joined a chorus of investors and strategists urging the Fed to take action to support the US commercial paper market, used by companies to raise short-term funding. Borrowing rates have leapt in recent days, and Mr Goldberg said this was adding to market anxieties. He said he hoped for a fix within the week.