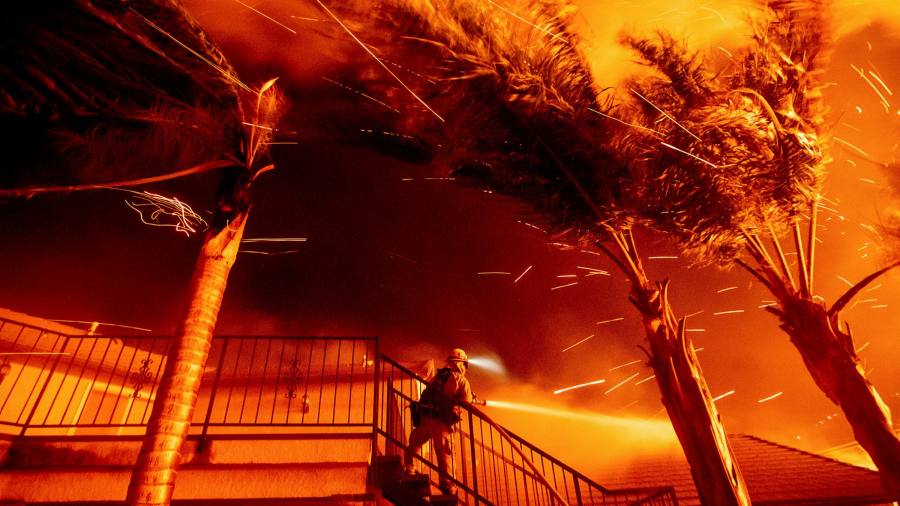 The Federal Reserve is facing sharp criticism over its plan to provide emergency funding to states and large cities but not smaller localities and organisations that might be facing tougher fights against coronavirus or steeper declines in income.

Municipal bond issuers and their advisers said the unprecedented and potentially politically fraught decision amounts to a short-term measure that may not be enough to tackle a fast-moving financial crisis for state and local governments in the US.

On Thursday the central bank said it would purchase up to $500bn of short-term debt directly from US states, counties with at least 2m residents and cities with a population of at least 1m, with borrowers having to pay back the money within two years.

The Fed’s action cleaved in two the $4tn municipal bond market, where governments and public organisations raise funds. Just 16 counties and 10 cities are eligible for the direct purchases, according to data from Bank of America.

That means, with just over 2m residents, the county of San Bernardino outside Los Angeles can partake in the programme, while Nassau county in the suburbs of New York, with a population of 1.4m, will not be included.

“It is a very short-sighted, short-term measure,” said Vikram Rai, head of municipal strategy at Citigroup. “It will not help states and local governments with long-term funding problems, where they will need to have a stable buyer to help in times in volatility.”

[The Fed] completely [missed] the mark for those cities, towns and counties across our country that fall under the population minimums

Local lawmakers in Chicago warned of “delays and barriers” for smaller localities who are not eligible under the new programme and must go through their state governments to access much-needed funding.

Water and sewer utilities are unlikely to see direct Fed help, said Emily Swenson Brock, policy director at the Government Finance Officers Association, which represents municipal bond issuers, even though they have been told by politicians not to cut off customers struggling with bills during the coronavirus crisis, putting revenues and backing for their bonds at risk.

While reluctant to criticise the Fed’s aid, city managers said they were concerned about the narrow scope of the issuers eligible for the programme as well as the fact that the financing will be available only for five months.

The central bank needs to recognise the role that small municipalities can play in keeping people employed, said Kenton Tsoodle, assistant city manager in Oklahoma City, which is not large enough to be included in the Fed’s programme. If bonds cannot be issued, road construction and other building projects could be delayed or cancelled.

“Keeping our projects going can help keep those jobs and pay cheques going,” he said.

Small and midsize financial companies that advise smaller municipal borrowers also questioned how the Fed has designed the programme.

It “completely [missed] the mark for those cities, towns, and counties across our country that fall under the population minimums,” said Chris Iacovella, head of the American Securities Association, which represents Raymond James, Cowen and other small municipal bond underwriters.

Investors believe the new facility will at least help to quell the volatility that has erupted in the typically sedate muni bond market. Triple A-rated munis maturing in 10 years now yield less than 1.5 per cent, according to indices from Bloomberg and IHS Markit. In mid-March these bonds yielded more than 2.5 per cent. Yields on lower-rated bonds have also come down from the worst days in March, indicating investors have returned and that the market is functioning more normally.

Some see the Fed going further with its interventions if outflows from municipal funds pick up again or if issuers are unable to sell new debt into the market.

“It is where they are starting. It doesn’t necessarily mean that this is where the Fed ends,” said David Hammer, head of municipal bond portfolio management at Pimco.

The central bank alluded to this in its announcement of the facility last week. It said it would monitor the market and “evaluate whether additional measures are needed to support the flow of credit and liquidity to state and local governments”.

Market participants had previously called on the Fed to buy municipal debt of all maturities, instead of focusing on just short-dated securities, but Scott DiMaggio, co-head of fixed income at AllianceBernstein, said he was sceptical the central bank would take this route.

Nick Venditti, a portfolio manager at Thornburg Investment Management, said that while such a move would be good for bond prices, it might produce considerable risks.

“There is certainly moral hazard associated with the Fed saying it is going to buy assets indiscriminately,” he said. Broadening the selection criteria could create a host of problems as well, not least because there are roughly 50,000 issuers in the market.

“This is a field wrought with political landmines. How do you bail out Chicago and not the city of Santa Fe?” Mr Venditti said. “If you start that kind of analysis, all of a sudden you are bailing out everyone.”