Few Minority-Owned Businesses Got Relief Loans They Asked For 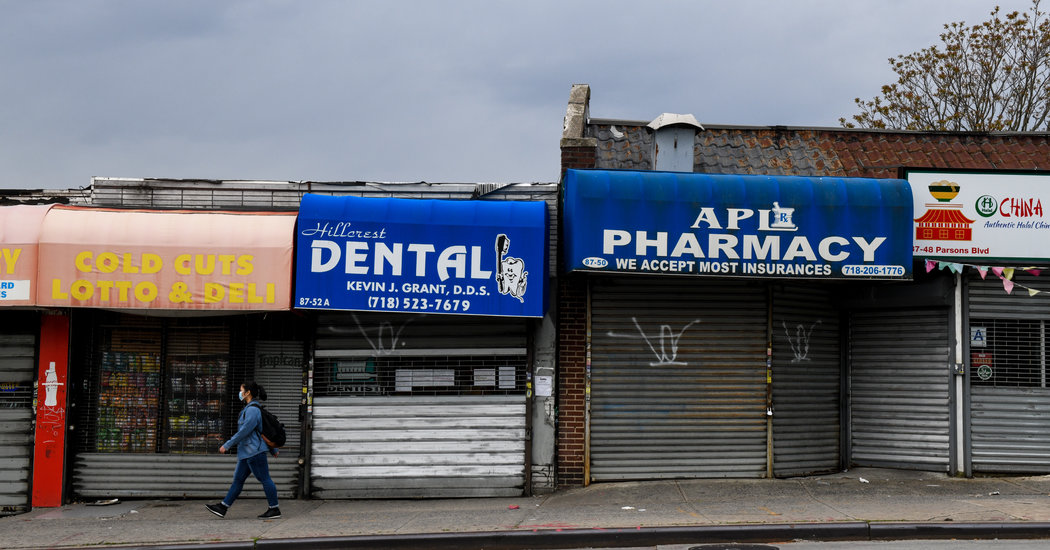 Black and Latino business owners are struggling to get government assistance under the Paycheck Protection Program, a new survey has found, and many say they are on the brink of closing permanently.

The survey, conducted by the Global Strategy Group for two equal-rights organizations, Color of Change and UnidosUS, included interviews with 500 business owners and 1,200 workers from April 30 to last Monday. Just 12 percent of the owners who applied for government-backed loans in the $650 billion program reported receiving what they had asked for, and nearly half of all owners said they anticipated having to permanently close in the next six months.

By comparison, in a survey of small businesses by the Census Bureau from April 26 to May 2, three-quarters said they had asked for a loan and 38 percent of them said they had received one.

Rashad Robinson, the president of Color of Change, said the new survey showed that “if we don’t get policies to protect these communities, we will lose a generation of black and brown businesses, which will have deep impacts on our entire country’s economy.”

Two-thirds of the respondents sought loans of under $50,000 through the government’s aid program. Nearly half said they had to lay off at least some employees.

The results suggest that the historically weak relationships that minority business owners have with banks are making it harder for them to tap into the aid program, which makes loans that become grants if borrowers spend the money paying employees and rent and utility bills. Many banks considered applications only from existing customers; some, like Bank of America, even turned away people who had opened credit cards through other lenders.

The program was the first time some black and Latino business owners had ever sought a bank loan.

Equal-rights advocates and some lawmakers are pushing to get more help for minority business owners built into the government’s response to the coronavirus pandemic, and the second round of funding for the loan program set aside $60 billion for small and rural banks and nonprofit lenders, which often do more work in minority communities than large banks do.

Mr. Robinson said his group was pushing lawmakers to come up with other ways to transmit aid to business owners, such as direct payments to businesses’ employees through payroll processors or other means.