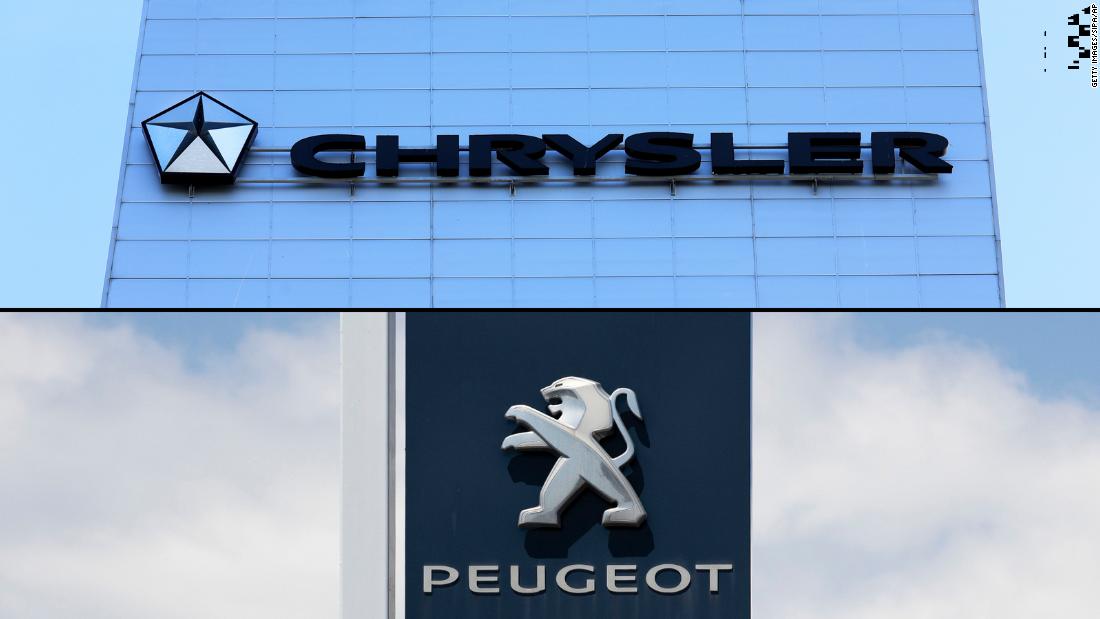 Is it a new medication for a medical condition you never heard of, where the drugmaker’s ad tells you to “ask your doctor?”

Is it a new app or social media platform that your kids are enjoying before their parents discover it?

The name was unveiled Wednesday night. The company said it comes from “the Latin verb ‘stello,’ meaning ‘to brighten with stars.'”

“It draws inspiration from this new and ambitious alignment of storied automotive brands and strong company cultures that in coming together are creating one of the new leaders in the next era of mobility while at the same time preserving all the exceptional value and the values of its constituent parts,” said the company’s statement.

You won’t see Stellantis on the company’s cars or dealerships, however. It will simply be the corporate name.

The brand names of Chrysler, Dodge, Ram, Jeep, Fiat, Alfa Romeo and Maserati, all part of Fiat Chrysler today, will continue. So will Peugeot, Citroën, DS, Opel and Vauxhall, which are the PSA Group brands, none of which are available in the US market.

It’s unusual in the auto industry to have a corporate name that does not include one of a company’s brands. Until now, General Motors (GM) and Daimler (DDAIF) were the exceptions among global automakers. Both names go back more than a century.
All other major automakers – such as Toyota (TM), Volkswagen (VLKAF), Ford (F) and the rest – have names that reflect their best selling brands. All but Tesla (TSLA) have other car brands not in their corporate names.

Chrysler has been through two other mergers in the past 25 years and the name of its most famous brand stayed in the corporate name both times, with DaimlerChrysler and Fiat Chrysler. In between it was owned by a private equity firm and used solely the Chrysler name.

Coming up with new corporate names can be a tricky business.

Often during a merger a company will simply chose the brand it believes to be stronger, even if it’s not the company doing the buying.

America West bought US Airways out of bankruptcy and took the US Air name. Then the new US Air bought American Airlines (AAL), again out of bankruptcy, and took the American Airlines name. The recent merger of Sprint and T-Mobile was done under the T-Mobile (TMUS) name.
But often a new name is concocted as part of a merger. Verizon (VZ) was formed by the 2000 merger of Bell Atlantic and GTE. That made-up word raised eyebrows then just as Stellantis is this morning, but in the last 20 years it’s become a major established brand name that few think twice about today.
Other names haven’t aged as well. Verizon created a subsidiary called Oath in 2017 to hold the assets of Yahoo that it had just bought and the assets of AOL that it already owned. The name was dropped in December in favor of Verizon Media.
Kraft Foods picked the name Mondelez International (MDLZ) for the snack food division it spun off in 2012, rather use the name of any its well-known brands such as Oreos, Ritz or Cadbury. Kraft, too, pointed to Latin as the reasoning for the made-up word, saying that “monde” derives from the Latin word for “world,” and “delez” was meant to be a fanciful expression of “delicious.”
Coach, a brand famous for its handbags, changed it corporate name to Tapestry (TPR) in 2017.
Google’s corporate name became Alphabet (GOOG) in 2015, in an attempt to better to represent its non-Google branded divisions such as Nest and self-driving car unit Waymo. But the name hasn’t caught on as well, with many people still using Google when referring to the company as a whole.