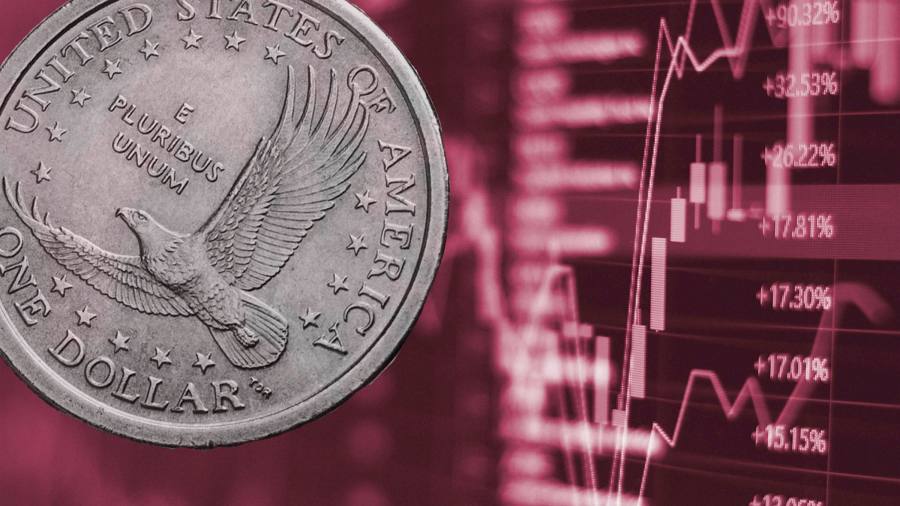 Even Harry Potter might envy the magic that can be conjured by the wizards of the private equity industry — infinite financial returns.

Private equity managers have raised more than $4tn in new cash since the start of 2009 by attracting investors with the promise of superior returns to publicly traded stocks and bonds.

New money pledged by investors is widely used by private equity managers as security for bank loans that are then used to pay for buyout deals in advance of receiving the clients’ capital.

This technique, known as subscription-line financing, helps private equity managers earn lucrative performance fees because a key assessment metric, the internal rate of return (IRR), is based on the date when an investor’s cash is put to work. Delaying the date when client money enters the fund boosts the IRR but it also reduces the ultimate cash flow to investors because they pay the fees and interest on the bank loans.

“Subscription lines make the IRR an even more ridiculously biased metric than it was already,” says Ludovic Phalippou, professor of finance at Oxford Saïd Business School.

He estimates investors have paid $230bn in performance fees over a 10-year period for returns that could have been matched by an inexpensive tracker fund costing just a few basis points.

Subscription lines historically had a maturity of one year or less but they have now evolved beyond such short-term financing. Ultra-low interest rates have encouraged many private equity managers to extend subscription lines over several years and even to use this borrowed money to make repayments to investors in advance of realising profits on any of their deals.

Since it is possible for distribution of profits to begin before clients have paid a penny, the IRR can, in theory, be infinite.

However this financial engineering does not raise the actual amounts earned by investors.

The Washington-based Institutional Limited Partners Association, the largest body representing investors in buyout funds, says that 12 per cent of its members have reported seeing private-equity managers use borrowed money to pay fund distributions to clients prior to an exit from a portfolio company. ILPA advises private equity managers against this behaviour.

The association complained this month that investors faced a “near-impossible task” of understanding the impact that subscription lines might have on actual returns.

Re-iterating demands first made in 2017, ILPA said managers should report net IRRs both with and without the use of subscription lines and also provide a clear explanation of their calculation methodology.

No universally accepted method exists for calculating IRRs, which has encouraged managers to extend their use of subscription lines in an effort to flatter performance comparisons with their competitors. ILPA said much more detailed disclosures about subscription lines should be provided on a quarterly basis so investors could better understand their exposure and to prevent any build-up of systemic risks.

“Many investors are not fully aware of their cumulative exposure through these [subscription line] facilities due to the unevenness of disclosures at any given point in time by private equity managers,” says Jennifer Choi, managing director of industry affairs at ILPA.

Mr Phalippou warns that IRRs are not rates of return that investors will earn, adding that it is easy for private equity managers to manipulate IRRs on buyouts deals in western countries.

Apollo reports its since-inception IRR as 39 per cent gross (excluding fees). This would transform an investment of $100m made in 1990 when Apollo launched into $2.3tn. Apollo’s assets under management stood at $316bn at the end of March.

Apollo said since inception IRRs were a “less meaningful performance metric after a certain period of time”.

“It is inarguable that returning money to investors enables them to put that money to work elsewhere and increase overall future value,” it said.

The call for improvements in transparency and disclosure standards coincides with a crucial moment in the development of the US private equity industry.

Following years of lobbying, the US government announced that 401(k) plans, the predominant form of defined contribution schemes, would be permitted to invest in private equity funds, creating a massive new growth opportunity for Blackstone, KKR, Carlyle and Apollo.

“This is a positive step towards helping more Americans gain access to private equity investment, which regularly is the best performing asset class for pensioners,” said Drew Maloney, chief executive of the American Investment Council, the PE industry lobby group.

This claim is contradicted by a new Oxford Saïd Business School study, which shows that private equity funds have performed no better on average than basic US stock market tracker funds since 2006.

More than 100m US participants save into DC retirement schemes and 401(k) plans, representing about $6.2tn in assets, almost a fifth of the total US pension market. Entry into the 401(k) market could provide private equity managers with as much as $400bn in new assets, according to analysts at Evercore.

Rob Bauer, a finance professor at Maastricht University, says US regulators have “opened a can of worms” by permitting DC pensions to invest in private equity.

“There is a lack of transparency around performance metrics such as IRRs. How can an unsophisticated individual investor be expected to understand these issues,” says Mr Bauer, also the executive director of the International Centre for Pension Management (ICPM) in Toronto.

He warns that commercial DC pension providers lack the incentives to ensure that the transparency and governance of private equity meets best practice standards and is in the interests of clients.

“These DC managers are mainly interested in supplying funds for which they can charge higher fees which is good for their bottom line,” he says.

“Allowing DC plans to invest in PE is a bad thing. There is a long history in the US showing that illiquid investments of any sort do not belong in commingled [mutual] funds that some investors think they can move in and out of at a time of their own choosing,” says Mr Ennis.

His study published earlier this year concluded that private equity has ceased to act as a source of diversification for large public pension funds and endowments since 2000, becoming a significant drag on their performance.

Vanguard has begun to offer access to private equity to qualified investors, such as endowments, after the world’s second-biggest investment group struck a strategic partnership this year with HarbourVest, a $68bn private markets specialist.

Pennsylvania-based Vanguard plans to extend this offer to retail investors although the timing of this move is unclear.

Fran Kinniry, head of private investments at Vanguard, says the partnership with HarbourVest is expected to deliver 300-400 basis points of outperformance annually over public markets assuming that the investment is held for 15 years.

“HarbourVest has achieved 400bp outperformance, net of costs, annually for 38 years. We can see no other investment which offers that kind of return premium over public markets,” says Mr Kinniry.

Vanguard has a reputation as a ferocious price competitor, using its scale to cut fees relentlessly and lure business from rivals. Mr Kinniry says that combining orders from its 30m investors will allow Vanguard to offer access to private equity at significantly lower cost.

Fidelity, the US asset manager, has met with multiple private equity managers in recent years to evaluate the benefits and drawbacks associated with these illiquid strategies.

Fidelity’s research has focused on the potential for private equity to deliver higher returns and added diversification, despite illiquidity risks, in a range of market conditions. Fidelity is also analysing how to tackle issues such as the illiquidity of private equity assets within its target date funds. Another important question which is unresolved is the need to satisfy daily valuation requirements for DC plans.

“Most DC plan sponsors are just not in a position to consider adding a private equity component given the challenges they face in ensuring that employees are properly aware about the fundamentals of saving for retirement,” said Fidelity.