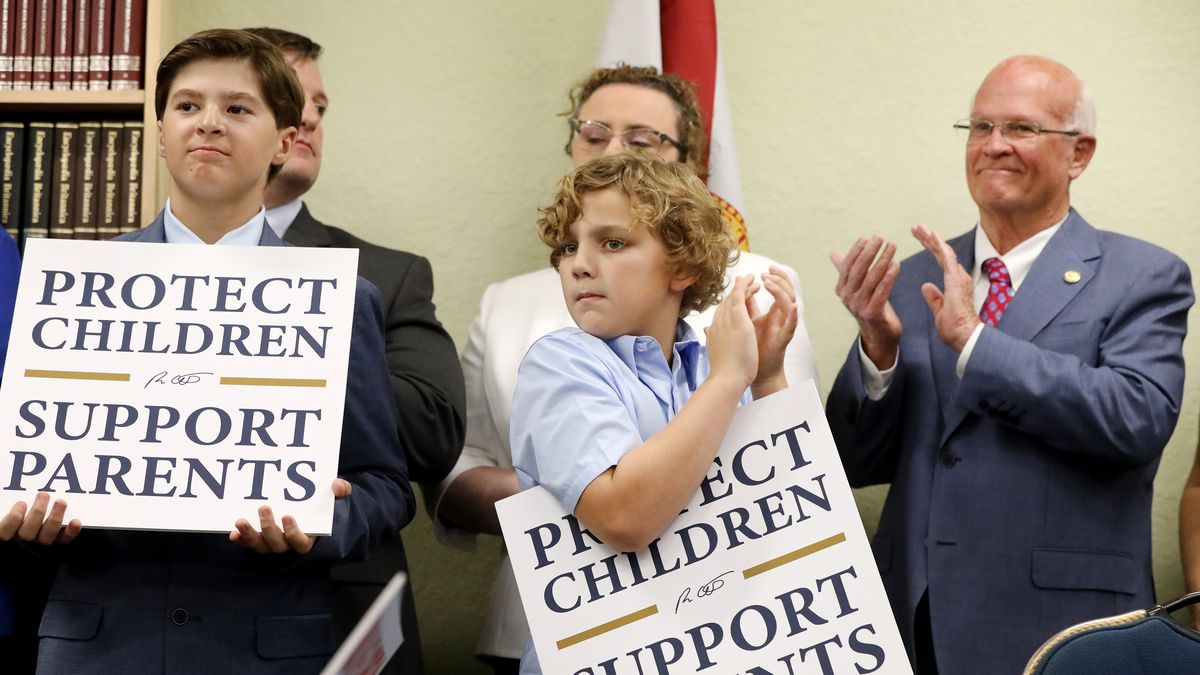 The big story: Education politics is booming for Florida Republicans.

Sensing a hot issue, the GOP has leaned heavily into school-related topics ranging from curriculum to culture, expecting them to translate into votes.

The target audience: Parents who have become dissatisfied with what they’re seeing in their children’s classrooms. The drive even has inspired a new generation of candidates for school board seats.

“All that Virginia showed, or one of the things that it showed is, yes, parents of all parties care about what’s being taught in the schools,” said David Custin, a Florida consultant and pollster who works with Republicans. “It’s already a national focal point. … It is a post-COVID phenomenon. And they (Republicans) are responding.”

Teacher pay: Saying the state hasn’t helped schools keep up with rising costs, the Pasco County School Board made plans to call a local property tax referendum to raise money for improving employee salaries. • The leader of Alachua County’s teacher union said the district must do more than improve wages to keep teachers from leaving, Main Street Daily News reports.

Book challenges: Some critics say states including Florida are making it easier for parents to get books pulled out of classrooms and libraries, CNN reports. • North Florida school district leaders say a new law on how schools select books won’t alter their processes much, WEAR reports. • The Polk County school district approved two challenged books — Beloved and Nineteen Minutes — to remain in high school media centers, the Ledger reports. Review committees have been assessing a list of books that some residents complained were inappropriate.

Gender lessons: Ohio Republicans have introduced their own version of Florida’s law restricting lessons about gender identity and sexual orientation, the Columbus Dispatch reports. • The Texas lieutenant governor wants one, too, KXXV reports.

Other districts have launched construction projects, too. A Hernando County K-8 school has begun an expansion to deal with enrollment growth, the Hernando Sun reports. • Walton County is building sidewalks to connect four schools within a mile of one another, WMBB reports.

We’ll break down the local and state education developments you need to know every Thursday.

You’re all signed up!

Want more of our free, weekly newsletters in your inbox? Let’s get started.

Explore all your options

Got internet? The Duval County school district will be loaning 43,000 laptops and 10,000 hotspots through a new federally funded program, WJXT reports.

From the police blotter … A Broward County assistant principal was arrested on allegations of using a school officer to illegally gain access to personal information, the Sun-Sentinel reports. • Several people were arrested on accusations they trespassed at a Miami-Dade County high school to fight students, the Miami Herald reports. • A Volusia County middle school teacher was arrested on accusations of disrupting FSA testing by blaring loud music, WKMG reports.

From the court docket … Jurors in the 2018 Parkland school shooting case will get to tour the scene of the crime, the Associated Press reports. The judge gave the defense until today to request a mistrial over concerns related to jury selection, WPTV reports.

“Transformational.” That’s the word University of South Florida officials use to describe the anticipated effect of a planned on-campus football stadium.

Florida International University has officially launched its presidential search. The trustees named a search committee and hired a headhunter firm about two months after Mark Rosenberg stepped down from the post, the Miami Herald reports.

State universities began distributing “intellectual diversity” surveys this week. A judge on Tuesday granted the United Faculty of Florida the right to continue challenging the law that prompted the survey, the News Service of Florida reports.

Don’t miss a story. Yesterday’s roundup is just a click away.

Before you go … The Grammy Awards came and went over the weekend. We can’t let the event go by without marking the deserving winner for best bluegrass. Hope you like it.

Every Thursday, get the latest updates on what’s happening in Tampa Bay area schools from Times education reporter Jeffrey S. Solochek. Click here to sign up.