Food Brands Tweet #BlackLivesMatter, but What’s Behind the Words? 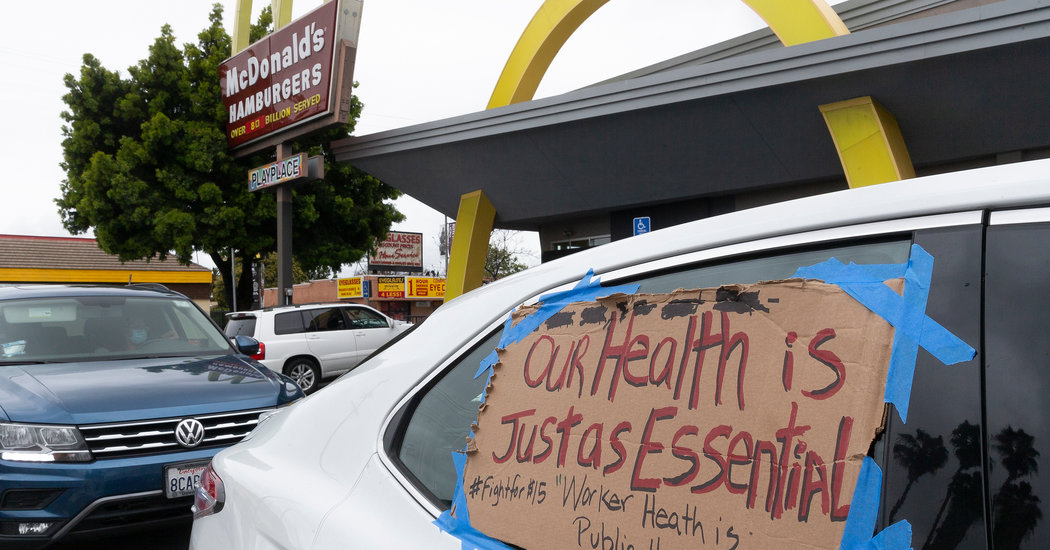 The growth of fast food has long been entwined with the history of civil rights, as Marcia Chatelain explores in her new book, “Franchise: The Golden Arches in Black America.” Ms. Chatelain writes that “few acknowledge, let alone analyze, the way that McDonald’s ingratiated itself to black America, and the ways that black America has been integral in McDonald’s many feats.”

As the company expanded, it brought jobs to some of the poorest and most racially segregated parts of the country (along with all the hazards of a fast-food diet, in communities where few other options existed).

For years, McDonald’s worked to become essential to black cultural life, courting black entrepreneurs, hiring black workers and investing in advertising directed at black consumers. When the McDonald’s Twitter account lists the names of black people recently killed at the hands of police, and claims, “They were one of us,” it invokes this complicated history, whether it means to or not.

Alongside the Black Lives Matter movement — in the middle of a pandemic that disproportionately affects black people — McDonald’s workers who fear for their health are staging their own protests.

In May, McDonald’s workers in Chicago filed a class-action lawsuit, saying that the chain failed to keep them safe. And after 11 workers tested positive for Covid-19 at a McDonald’s in Oakland, Calif., employees walked out on strike. They demanded two-week paid quarantine periods, company-paid medical costs, a deep cleaning of infected spaces and basic personal protective equipment — the bare minimum to do their jobs safely.

Though fast-food brands run robust philanthropic programs and frequently make large charitable contributions, it will take more than donations and statements to support black Americans in this moment. It will require addressing issues of inequity, injustice and racism at every level within their own businesses.

Instead, corporations publish branded tweets that reveal a familiarity with graphic design and the language of protest. Instead, with great financial resources and the potential to bring about lasting, meaningful change, they work on their image.