For Some Minority-Owned Businesses, Their Lenders Are Now Their Defenders 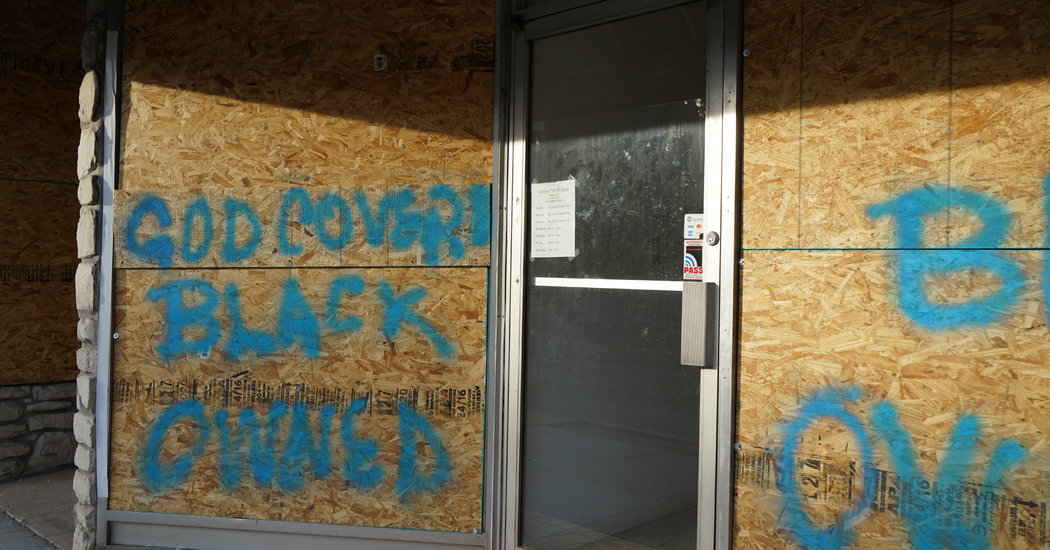 “We’re like the National Guard for small businesses,” Mr. Gondolfi of Justine Petersen said. “I love the idea of us being dispatched.” His organization has long had a presence in Ferguson. After vandals destroyed businesses there during protests following the killing of an unarmed local teenager, Michael Brown, by a police officer in 2014, the group made small loans to around two dozen businesses to help them get up and running again.

“Historically, events like these have a 10 to 20-year impact,” said Paul Calistro, the founder of Cornerstone West, a community development organization in Wilmington. Mr. Calistro is working with other groups to contact small businesses that were damaged last weekend and provide the funds they need to rebuild. But, he said, “it’s not just in money, it’s in time.”

C.D.F.I.s have helped revive poor neighborhoods, replacing empty storefronts with active commercial spaces, increasing local economic activity, building residents’ wealth and reducing crime. Because they make a wide variety of loans, including housing loans, they amass deep knowledge of the neighborhoods where they work and can tailor their activities to suit a particular area’s needs.

Over the past 35 years, they have made loans that helped launch more than 400,000 small businesses around the country, according to the Opportunity Finance Network, the trade group that represents them. Around 85 percent of their borrowers are minorities, according to the trade group’s data. Their lending, which is a mix of small business loans and loans to housing and community facility projects, has totaled more than $74 billion over that time period.

In Minneapolis, a trio of organizations that focus on minority businesses has helped transform the Midtown neighborhood from a depressed area with few active businesses to a trendy spot where small businesses flourish and city residents flock. The charitable aspect of the groups’ missions has helped to keep the ills of gentrification at bay.

But the current violence is threatening that progress.

Minneapolis is where the bulk of the destruction has occurred so far, and local officials said it was the result of premeditated attacks on black- and Hispanic-owned businesses.

Jeff Hayden, a Minnesota state senator whose district includes the Midtown neighborhood, said state officials found evidence that fire-starting materials had been stashed in the neighborhood ahead of recent planned protests and that businesses had been marked for attack.