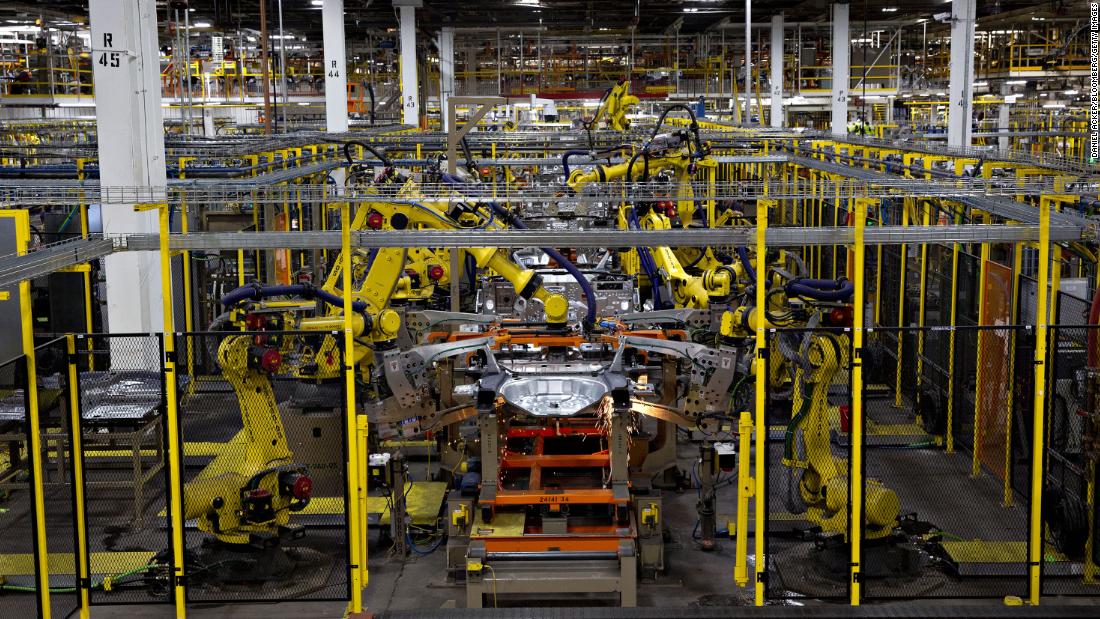 One plant in Chicago that builds the Ford Explorer, the Lincoln Aviator and the Ford Interceptor police car stopped operations Tuesday afternoon after two employees tested positive for Covid-19. Then, Ford’s plant in Dearborn Michigan that makes its bestselling F-150 pickup, shut down Wednesday.

This week’s stoppages were expected to be brief — the Chicago plant was back in operation Wednesday morning, and the Dearborn plant is expected to resume operations later Wednesday night. Still, the temporary shutdowns are a sign of the difficulty of operating factories while complying with enhanced safety measures put in place to deal with the pandemic.

The Chicago assembly plant briefly suspended production a second time Wednesday afternoon, because of a shortage of parts from a supplier, according to Ford. The Ford Chicago plant is expected to resume production Wednesday evening.

Even the partial-day shutdowns at random plants demonstrates how difficult it will be for automakers to resume operations while dealing with the pandemic, said Kristin Dziczek, vice president of industry, labor & economics at the Center for Automotive Research, a Michigan think tank. She said many of the auto plants that restarted operations in Asia have been forced to close, at least temporarily.

“There are three things that have to all come together. You have to have a healthy work force, a healthy supply chain and healthy demand,” she said. “It’s not just flip a switch and everything is as it was. It’s very complicated.”

Ford began screening employees‘ temperatures when it reopened its plants, and it requires medical tests for workers who exhibit symptoms. The two positive test results in Chicago came back on Tuesday, prompting an afternoon shutdown. The end of the day shift and part of the night shift were lost.

“When two employees who returned to work this week tested positive for Covid-19, we immediately notified people known to have been in close contact with the infected individuals and asked them to self-quarantine for 14 days,” said Kelli Felker, a spokesperson for Ford. “We also deep cleaned and disinfected the work area, equipment, team area and the path that the team member took.”

The same procedure was followed at Dearborn Truck when the positive result came back Wednesday, she said.

Felker said Ford is confident that the infected employees at both plants had the virus before they returned to work because of coronavirus’ incubation time.

“Our protocols are in place to help stop the spread of the virus,” she said.

The United Auto Workers union, which represents hourly workers at Ford (F), General Motors (GM) and Fiat Chrysler (FCAU), issued a statement about the situation in Chicago: It “continues to aggressively monitor the implementation of health and safety protocols to protect our member, their families and their communities.”