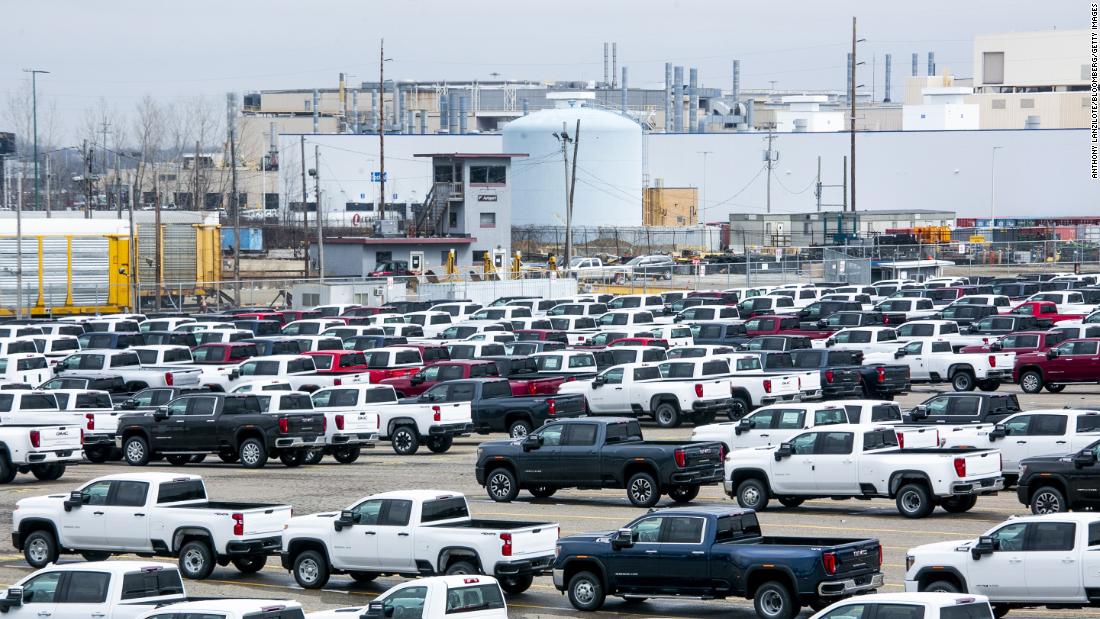 The workplaces they will be returning to will look somewhat different from the ones they left in mid-March.

“We work really hard at imagining a world with Covid-19 in an assembly plant,” said Ford CEO Jim Hackett in an interview with CNN Friday. “So they have lots of consideration, of course, for social distancing. We used to have two people, for example, that would be inside the vehicle as it’s going down the assembly line. We stopped that.”

All three companies have said they would thoroughly and frequently clean facilities and allot extra time between work shifts to do so. At Ford, for instance, factories that had been running on three shifts, or essentially around the clock, will work on two shifts to allow extra time for cleaning. At Fiat Chrysler factories, 10 minutes per shift will be allotted for cleaning.

The automakers said they will also screen employees with questionnaires before they leave for work and administer temperature checks as they enter plants or other facilities.

Employees who have recently been exposed to someone with the coronavirus or exhibit a high temperature or other Covid-19-related symptoms will be sent to local clinics for testing before they are allowed to return to work.

While in factories, employees will work at least six feet apart from one another whenever possible, the companies said. Employee workstations will be separated by clear plastic panels. Workers will also wear surgical-style face masks and clear plastic face shields or goggles whenever they’re required to work close to one another. Ford will also be testing watches that warn wearers if they get too close to someone who is also wearing one of the devices, Hackett said.

All three companies will also make changes to how “common areas,” such as dining areas, are used in order to keep employees apart from one another. Fiat Chrysler shared an image of a break area table that normally seats six that now has plastic dividers that reduce its seating to three.

These practices are based, in part, on the experiences at the companies’ factories that have reopened in Asia and Europe.

“Absolutely, I would feel comfortable sending my family to work at Ford,” Ford’s chief operating officer, Jim Farley, said recently when asked how confident he felt in the steps the company was taking.

Both Ford (F) and GM (GM) have also been operating a few plants in the US in order to make personal protective equipment and ventilators for healthcare workers. Ford has also been manufacturing face masks for its own workers around the world. Both companies also have some warehouses operating to distribute parts for repairs. Workers at those US plants have been trying out the safety protocols and equipment that will go into wider use in the US as factories reopen.

Employees at Ford’s currently operating US plants will be sharing their experiences with other employees. Among other things, they will describe what it’s like working with masks and face shields on and the best ways to wear and use them, said Kiersten Robinson, Ford’s chief human resources officer.