Ford plans to reopen some coronavirus-shuttered plants in coming weeks 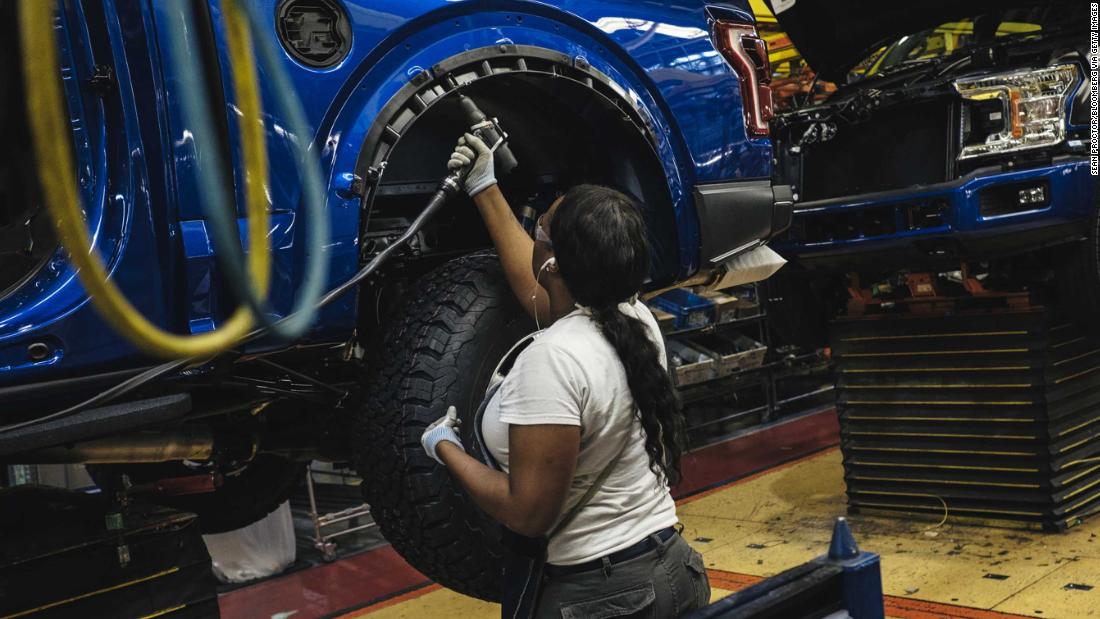 Ford (F) says it plans to reopen one shift of its Hermosillo, Mexico, plant on April 6, and four of its eight US assembly plants on April 14, two days after Easter. The plants due to reopen are its Dearborn, Michigan, Truck Plant, Kentucky Truck Plant in Louisville, its Kansas City Assembly Plant’s Transit line and its Ohio Assembly Plant in suburban Cleveland. It also plans to reopen eight stamping, engine, transmission and component lines needed to supply those plants.

“We will continue to assess public health conditions as well as supplier readiness and will adjust plans if necessary,” said Ford’s statement.

“We are reviewing with great concern and caution today’s announcement,” said the union. “Our priority is the health and safety of our members, their families and the American public.”

Ford and other automakers announced on March 18 that they would shut production due to the outbreak. Tuesday Ford announced it would join with 3M and General Electric to help make needed ventilators to help hospitals treat coronavirus patients. But it’s not currently planning to build the ventilators at its plants.
Rival General Motors (GM) said it can’t give any details about when it plans to reopen its plants.

“The situation is fluid and can change week to week,” said a statement from GM. “We don’t have firm return to work dates at this time.”

Besides health concerns about workers, the automakers are also dealing with car sales grinding to a near halt during the crisis. Dealerships are closed in many states, and even where they are open many potential car buyers are holding off major purchases in the face of economic uncertainty.

Ford had previously announced it had suspended its dividend and tapped lines of credit to get $15 billion to help it ride out the crisis.

“Candidly, though, we need to do much more given the sharp drop-off in demand for new vehicles and the shutdown of our plants worldwide,” said CEO Jim Hackett in a letter to employees Thursday.

Ford announced Thursday that the top 300 senior executives at the company would defer between 20% and 50% of their salaries for at least five months, starting May 1. CEO Jim Hackett will defer 50% of his pay, while executive chairman Bill Ford will defer all of his pay. Ford said the deferred pay for those executives would not be paid until Ford has paid down $7 billion of additional borrowing.

“Our goal is to manage through the crisis without eliminating Ford jobs. Our people are dealing with enough challenges without being out of work, too. Plus, on the other side of the crisis, we will need our talented team to quickly ramp up to our full potential,” said Hackett in his letter to employees. But he warned that Ford might not be able avoid job cuts.

“If the effects of the coronavirus on the global economy and Ford go on for longer — or are more severe — than we currently anticipate, we may have to take tougher actions,” he said. “But not today.”

Worldwide Ford has 190,000 employees, with 56,000 of those staff members represented by the UAW. Most of those UAW members are hourly factory workers.