Ford working with 3M and GE to make respirators and ventilators 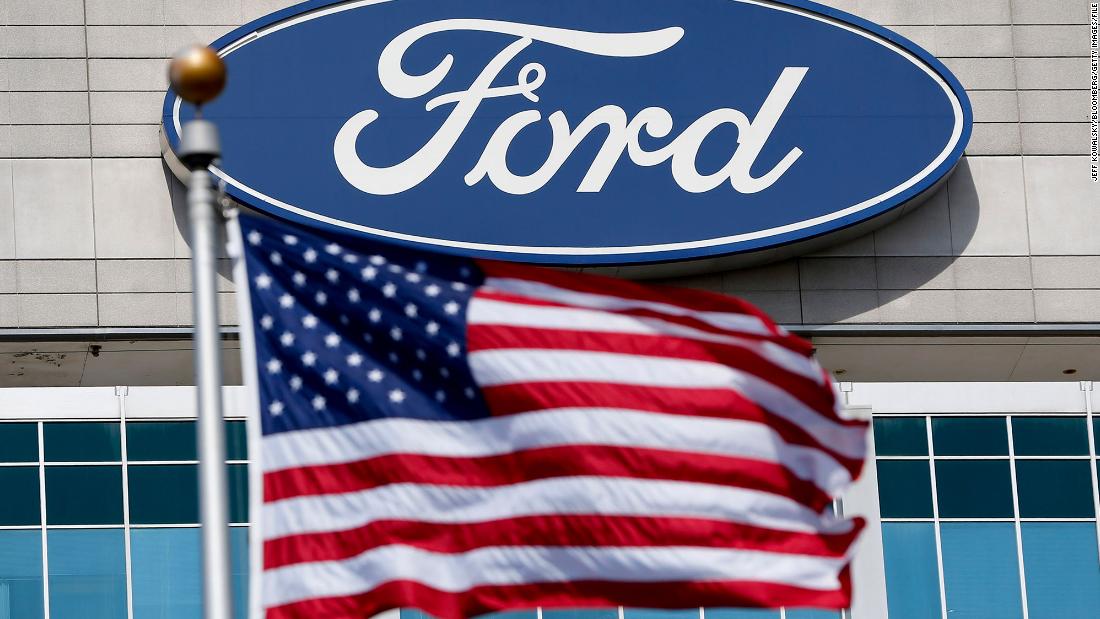 Healthcare workers around the country have expressed concern about difficulties in attaining enough critical supplies, such as masks, gloves and ventilators, to deal with the influx of patients suffering from the highly contagious virus.

Ford said it will work with 3M (MMM) to produce a new kind of Powered Air-Purifying Respirator for healthcare workers, while also helping to increase production of 3M’s current respirator device.

A PAPR has a clear mask that fits over the face. Air is drawn in through a tube connected to a pump that filters the air. The PAPR will be made using parts from both Ford and 3M, the automaker said, including fans used in the Ford F-150’s optional ventilated seats. Ford is also working with companies that make batteries for power tools to find a battery that will provide a desired eight hour operating life on a single charge.

Ford (F) said it is exploring the possibility of producing the devices at one of its Michigan factories. 3M will also make the respirators at its own factory, Ford said.

Ford also announced that it’s working with GE Healthcare to increase production of ventilators, sophisticated air pumps needed by some critically ill coronavirus patients. It is not clear exactly how Ford will help GE to make more ventilators.

“Working with 3M and GE, we have empowered our teams of engineers and designers to be scrappy and creative to quickly help scale up production of this vital equipment,” Ford CEO Jim Hackett said in the company’s announcement. “We’ve been in regular dialogue with federal, state and local officials to understand the areas of greatest needs.”

The automaker also said it will work with the United Auto Workers Union to assemble clear plastic face shields that protect people from possibly infectious bodily fluids. The Ford-designed masks are being tested at Detroit-area hospitals. They could be used by healthcare workers, but also others, such as store clerks, who must regularly deal with the public.

Ford is also using 3D printers at its Advanced Manufacturing Center to create disposable air-filtering respirator masks. Once approved, Ford said, the company could initially 1,000 masks per month but hopes to increase production as quickly as possible.

In the past, Ford has been involved in projects like building aircraft during World War II and iron lungs for polio patients. That history provided motivation for these new activities, CEO Jim Hackett said.

“It’s inside Ford where people remember these stories,” Hackett said in a CNN interview, “so the ideas were coming from within the company.”

Other major US automakers have also made similar announcements.

General Motors (GM) said last Friday that it was going to work with Ventec Life Systems to help increase its production of ventilators for hospital patients. On Monday, the two companies announced that Ventec “is now planning exponentially higher ventilator production as fast as possible” as a result of the partnership.

GM said it is also looking into producing the devices at its Kokomo, Indiana, electronics assembly plant.

Ford has been coordinating with GM to ensure that the companies’ efforts don’t put a strain on any particular suppliers or other companies and hinder the goal of increasing production as much as possible, said Jim Baumbick, Ford’s vice president for enterprise product line management.

Tesla (TSLA) CEO Elon Musk has also said on Twitter that his company could make ventilators if needed.

Last Saturday he tweeted that he had had “a long engineering discussion with Medtronic about state-of-the-art ventilators.”

Medtronic (MDT) confirmed that it has had discussions with Musk.

Musk has not given any specific timetable for producing ventilators, though, and did not say what his companies and Medtronic might do together. Tesla spokespeople did not respond to requests for more information.

“Medtronic will work with Tesla and others to try and solve this ventilator supply challenge,” a Medtronic spokeperson told CNN Business in an email. The company also did not provide any information about how Musk’s companies could help in the production of more ventilators.

On Monday, California Governor Gavin Newsom told reporters that Musk had donated 1,000 ventilators. Musk Tweeted later that those ventilators had been purchased from China,
Fiat Chrysler Automobiles (FCAU)also announced Monday it would produce as many as 1 million protective face masks a week that it would donate to hospitals, police and emergency personnel dealing with coronavirus patients.
All four automakers announced last week that they would temporarily shut down production of cars and SUVs at their US factories in the face of the coronavirus outbreak.