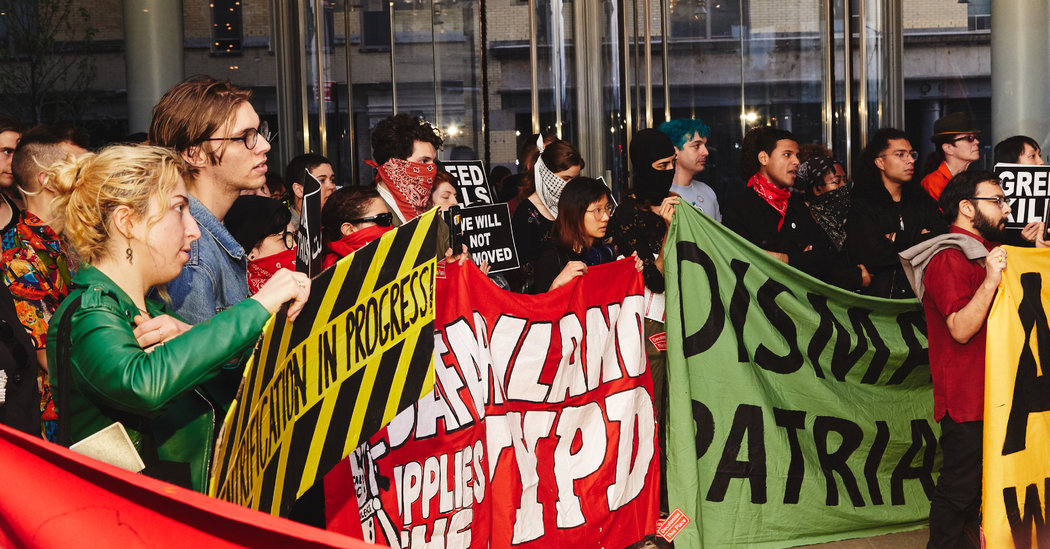 Many anticipated some fallout for the Whitney Museum of American Art when a veteran board member, Warren B. Kanders, felt compelled to resign last year after protesters targeted him in regular demonstrations at the museum.

But few probably expected the turn the case has taken: A lawyer, once the Justice Department’s chief Nazi-hunter, has filed a complaint seeking to remove the museum’s tax-exempt status.

In his filing to the Internal Revenue Service earlier this month, the former federal official, Neal Sher, now in private practice, argues that the museum mishandled the protests that ended with the resignation of Mr. Kanders, the board vice chairman, and that museum officials pressured him to leave.

In his letter to the agency, Mr. Sher accused museum officials of engaging in a “smear campaign” against Mr. Kanders. The demonstrators, led by the activist group Decolonize This Place, had argued that Mr. Kanders was not fit to serve as a trustee because his company, the Safariland Group, sells law enforcement and military supplies, including tear gas reported to have been used against Palestinian civilians in Gaza.

Mr. Sher faulted the museum for allowing the demonstrations, which he described as advancing “a transparently political agenda which had no relevance whatsoever to the museum’s charitable purpose.”

In addition to the protests, artists last year organized a boycott against Mr. Kanders that threatened to disrupt the Whitney Biennial. The boycott, in which several artists threatened to pull their work from the exhibition, came after months of protests had already shaken the institution. Two of the artworks included in the show alluded to the reports that Safariland products had been used against civilians.

“I believe that the Whitney leadership did not honor its fiduciary responsibility to the museum and those who support it,” Mr. Sher said in an interview. “My objective is to ensure that this situation doesn’t arise again. What the museum has done is make a mockery of the important public policy principles that lie behind tax-exempt statuses.”

The museum declined to comment on Mr. Sher’s complaint, which was first reported by The Financial Times. Mr. Kanders was unavailable for comment.

Mr. Sher said he is acting on his own, but that he has spoken with Mr. Kanders and other donors to the museum. He said he and Mr. Kanders are not friends and that they had not spoken before this.

In the 1980s and 1990s, Mr. Sher became one of the higher profile prosecutors in the Justice Department because of his work leading its Office of Special Investigations, which focused on prosecuting Nazi war-crimes suspects. He has also served as executive director of the American Israel Public Affairs Committee.

He has also been disciplined for his work as a lawyer and was disbarred by consent from practicing in the District of Columbia in 2003 after the International Commission on Holocaust Era Insurance Claims, which he had served as chief of staff, accused him of misappropriating funds. He paid back the more than $106,000 and has since resumed practicing in New York.

Amin Husain, an organizer with Decolonize This Place, criticized Mr. Sher’s complaint to the I.R.S. and said it reflected “the anger and spite of the wealthy when their control of cultural institutions is challenged.”

“It should be obvious that this kind of petty legal repression is antithetical to any understanding of speech rights,” he added.