Former VW Executive Is Arrested in Croatia in Emissions Case 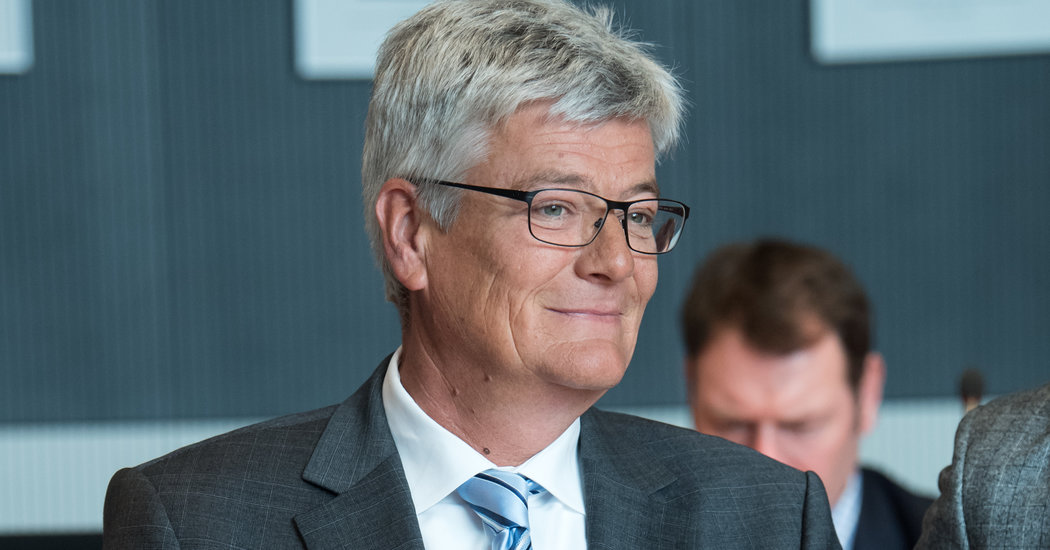 A former high-ranking executive at Volkswagen who is accused of being part of a conspiracy to evade U.S. clean air laws has been arrested in Croatia, officials said, a sign that authorities continue to pursue the case almost five years after the carmaker’s emissions cheating was first exposed.

Axel Eiser, the former executive, was arrested on June 9 at a crossing along the border with Slovenia, the Croatian Interior Ministry said Wednesday, and was being held on a United States warrant. Controls at the Slovenian border, which are normally loose, have been stepped up because of the coronavirus pandemic.

The arrest was first reported by the German newspaper Handelsblatt.

Mr. Eiser was head of engine development at Volkswagen’s Audi unit at the time engineers were developing software designed to trick emissions inspectors into thinking that the cars complied with emissions rules, according to charges that were filed against him last year by the U.S. Department of Justice. The cars polluted far more than allowed most of the time they were on the road.

Croatia and the United States signed an extradition treaty last year. The Croatian Interior Ministry referred questions about the procedure for extraditing Mr. Eiser to the country’s Ministry of Justice, which did not immediately respond to a request for information. United States Justice officials declined to comment.

Mr. Eiser was part of a team that, around 2006, realized that Audi diesels could not meet American emissions regulations while still offering the luxury features that the carmaker thought customers wanted, according to the indictment and other documents in the case. Among other things, equipment needed to reduce emissions of poisonous nitrogen oxides would have taken away space needed for a high-end sound system.

Volkswagen has admitted that, to solve the problem, engineers developed software that could recognize when a car was being tested and temporarily reduce emissions to legal levels. The illegal software was installed in Audis from 2009 to 2016.

Mr. Eiser could not be reached for comment, but he defended his behavior during testimony before a committee of the German Parliament in 2017.

If he is extradited to the United States, Mr. Eiser would be only the third of several dozen suspects in the case to face charges there. Most of the former Volkswagen and Audi managers and engineers charged with violating the U.S. Clean Air Act are believed to be in Germany, which does not extradite its own citizens. The suspects also face charges in Germany, but penalties there tend to be less severe than in the United States.

Mr. Eiser initially escaped blame for the emissions cheating. He was promoted to head of engine development for all Volkswagen divisions in early 2016, several months after the Environmental Protection Agency publicly accused the carmaker of clean air violations. U.S. authorities indicted him and several other former Audi executives in January 2019.

It is unclear why Mr. Eiser went to Croatia, where he was no longer protected by German law. American authorities have often demonstrated their ability to track the movements of people sought by U.S. officials.

In 2017, the F.B.I. arrested Oliver Schmidt, a former Volkswagen manager accused of being involved in covering up the emissions violations, while he was passing through Miami International Airport after a sojourn in the United States. Mr. Schmidt later pleaded guilty to conspiracy charges and received a seven-year prison sentence, which he is still serving at a federal facility in Michigan.

The only other Volkswagen employee to face prosecution in the United States so far was James Liang, an engineer who lived in California. He received a 40-month sentence in 2017 after admitting his involvement in the emissions fraud. Mr. Liang was released from a federal prison in California in November, according to prison records.