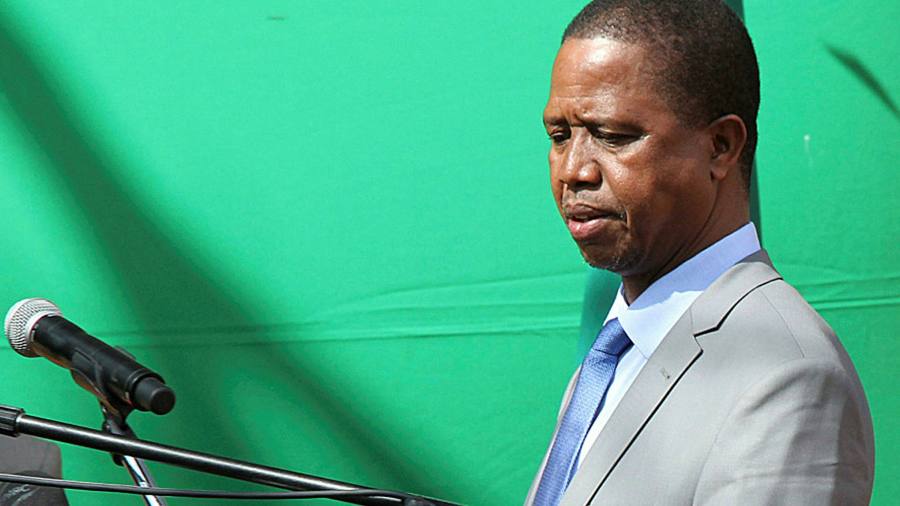 Zambia’s government has been urged by a group of former finance ministers and other senior ex-officials to secure an urgent IMF loan as the coronavirus pandemic brings the southern African nation’s debt crisis to a head.

The economy of Africa’s second biggest copper exporter is “on the verge of collapse” without IMF help, they said. “We urge the government to take this matter with the seriousness that it deserves, and to come to an agreement [with the fund] before the end of this year,” they added.

Even before the pandemic struck Africa, Zambia was struggling to sustain high levels of debt as once-meteoric rates of economic growth faltered and investors became wary of Mr Lungu’s increasingly erratic rule.

Zambia has already sought advice this month from banks on how to restructure $11bn in external debt, of which $3bn chunks are owed to Chinese government-tied creditors and private bondholders. Much of the debt owed to China has been linked to opaque infrastructure projects of uncertain value.

Several African nations from Rwanda to Senegal have already tapped rapid IMF financing for dealing with the pandemic. However, Mr Lungu’s government has had frosty relations with the IMF for years.

Prices for Zambia’s bonds have collapsed this year from over 60 cents on the dollar to about 30 cents. It must begin paying the bonds back from 2022. Despite its move to seek debt relief, on Wednesday Zambia fulfilled a $43m interest payment that was due on one of the bonds.

“An IMF deal is essential to resolve the debt problem. Any other solution will require handover of significant sovereign assets, and must not be entertained,” the group of senior former officials said in their letter, in what some will see as a suggestion that Beijing intends to trade debt forgiveness for the ownership of airports and other projects funded by its loans.

The size and complexity of Zambia’s debt mean the country could be an important test case for how far China will co-ordinate debt relief with other lenders to pandemic-hit African nations. The Chinese government has said it will pursue debt talks on a bilateral basis with each government.

Situmbeko Musokotwane, a former finance minister, said an IMF programme would provide a “signalling effect to the outside financial world that Zambia is finally going in the right direction”, and would aid talks with private bondholders in particular.

“I don’t see us being able to pay them two years from now. But if they see economic policy is changing for the better, I think that they will be amenable to discussions” on modifying or reducing the debt, he said.

Chinese debt should be treated alongside other creditors, Mr Musokotwane added: “It would be better for everyone to sit together, so that no one feels that they are being short-changed behind the scenes.”