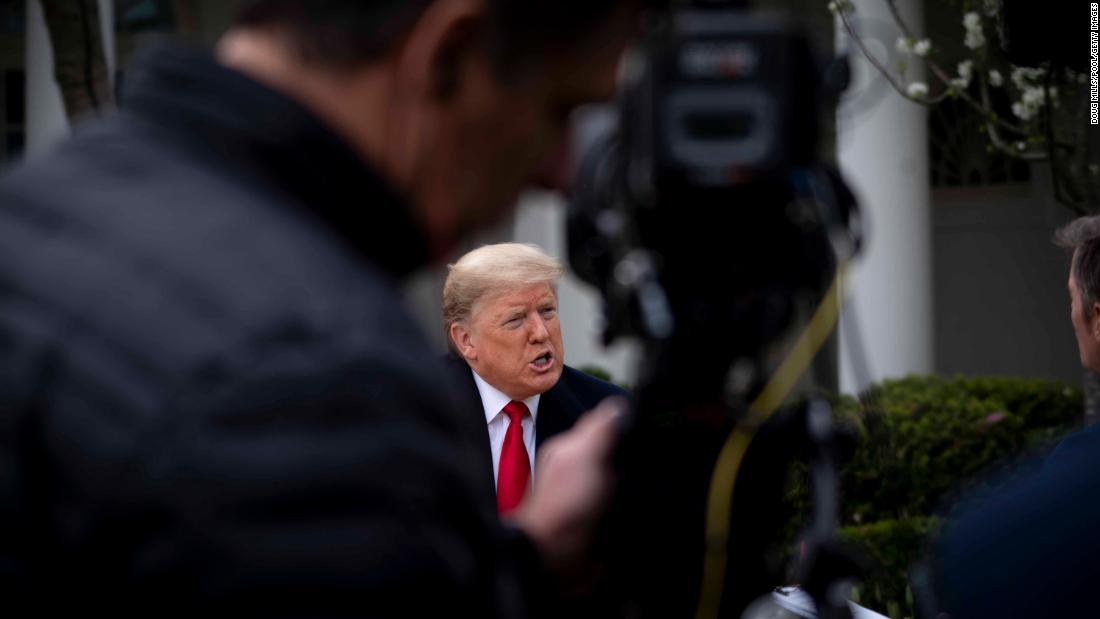 On Monday morning he called into “Fox & Friends,” one of his most reliable sources of support, and praised his own response to the pandemic.

It was Trump’s third interview on Fox in the past week, and it was more of the same: He talked for 54 minutes with hardly a tough question or assertive follow-up.

His decision to stay on Fox suggest he wants to shore up his base — and avoid difficult questioning.

To be fair, Trump has been participating in near-daily briefings at the White House with members of his coronavirus task force. He has quarreled with multiple reporters at the briefings and bristled when they pressed him about his handling of the crisis.

But the briefing dynamic is different than a traditional interview. As the crisis has deepened and the death toll has risen, Trump’s only national TV interviews have been with Fox News.

He sat down for a “virtual town hall” with Fox News anchor Bill Hemmer at the White House on March 24. Fox anchor Harris Faulkner also participated remotely. Hemmer and Faulkner were widely criticized for letting Trump repeat falsehoods without fact-checking or follow-ups.
Two days later, Trump called into Hannity’s prime time show for a 40-minute chat. He claimed he postponed a phone call with Chinese President Xi Jinping in order to talk with Hannity.

“That shows the power of … that shows you have the No. 1 rated show on television,” Trump said.

But the president would face some serious questioning on those shows. So he steers clear — even when the United States is suffering through one of the toughest stretches in its history.

He has turned down all interview requests from CNN.