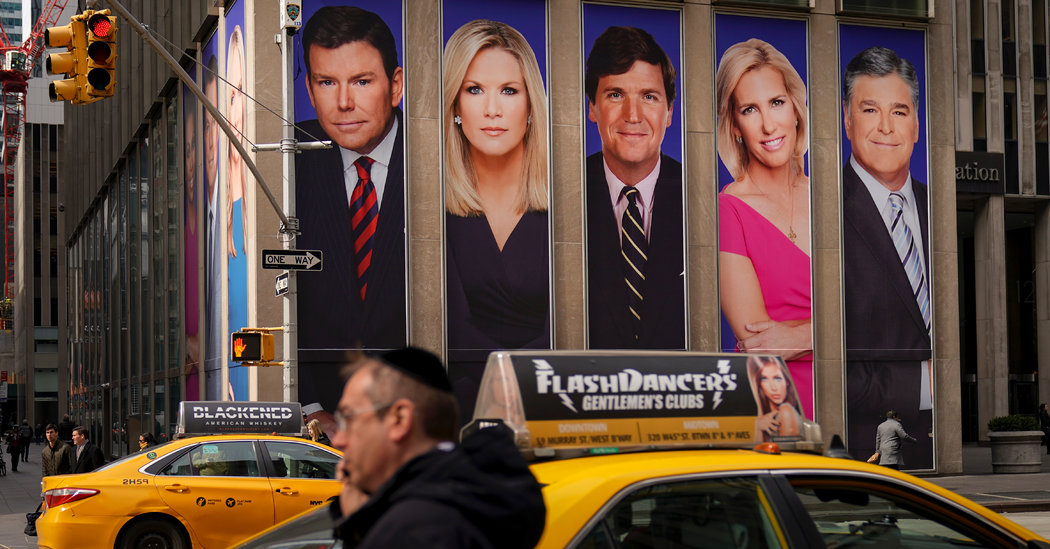 Fox News removed photos accompanying its coverage of Seattle’s demonstrations from its website on Friday after acknowledging that one was a combination of several different images and a second photo was of a fiery scene in a different city.

On Seattle’s Capitol Hill, protesters of the police killing of George Floyd have claimed a series of city blocks, now known as the Capitol Hill Autonomous Zone. The police there have boarded up their precinct and given protesters free rein in the area. In recent days, the zone has featured speeches, music and a screening of a film on the criminal justice system.

On Friday, Fox posted on its site a photo of a man armed with a rifle standing in front of the shattered glass of a storefront. The Seattle Times noted that it was a combination of several different photos from Getty Images taken over nearly two weeks.

Also on the website, Fox also posted a nighttime photo of a burning storefront and car, accompanied by the headline “Crazy Town” and a list of articles on the unrest in Seattle. But that image was taken in St. Paul, Minn.

Fox removed both images after inquiries from The Seattle Times.

In an editor’s note now accompanying the articles, Fox said the now-deleted image was a “collage” that “did not clearly delineate between these images, and has since been replaced. In addition, a recent slide show depicting scenes from Seattle mistakenly included a picture from St. Paul, Minnesota. Fox News regrets these errors.”

The unrest in Seattle has become a focal point for conservative media outlets and for President Trump. In a series of tweets, Mr. Trump has called on local officials to take action.

“Domestic Terrorists have taken over Seattle,” he said in one post last week. “Take back your city NOW,” Mr. Trump later wrote in a tweet directed at the city’s mayor, Jenny Durkan, and Gov. Jay Inslee of Washington.

As is common at other publications, The New York Times editorial standards prohibit adding or rearranging images in a photo except for cropping extraneous portions.

In some sections, and in magazines, where photographs serve as an illustration of an idea or as, say, a demonstration of how a device works, they must be clearly labeled a photo illustration, according to The Times guidelines.