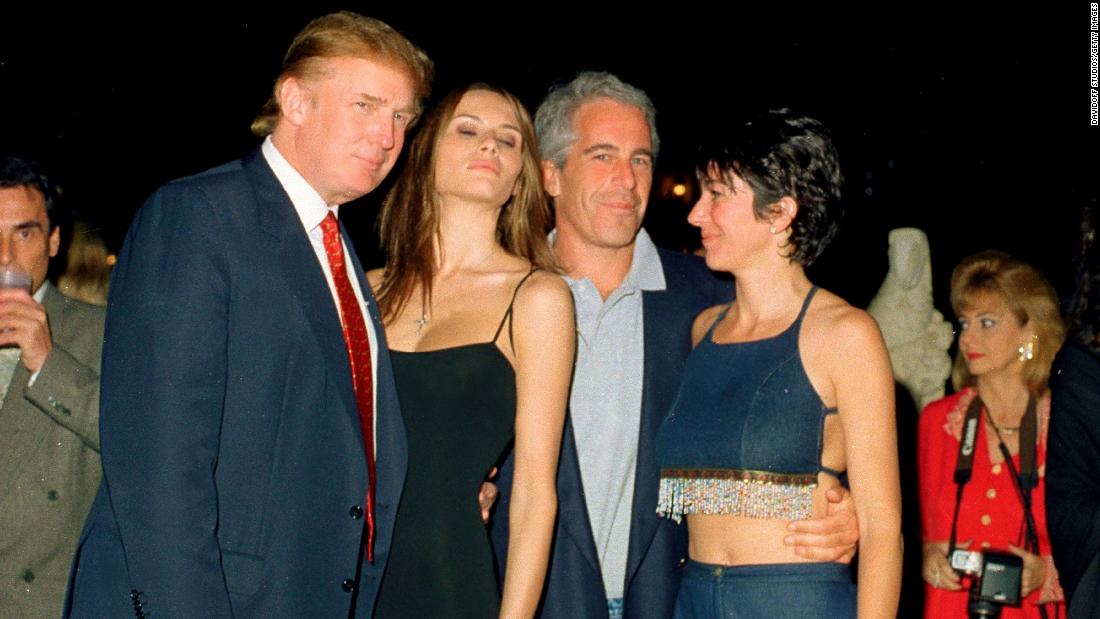 “On Sunday, July 5, a report on Ghislaine Maxwell during Fox News Channel’s ‘America’s News HQ’ mistakenly eliminated President Donald Trump from a photo alongside then Melania Knauss, Jeffrey Epstein and Maxwell,” a spokesperson for the network said.

The Fox News spokesperson added, “We regret the error.”

Maxwell was charged by federal prosecutors in New York on Thursday for her alleged role in recruiting and sexually abusing underage girls as part of a years-long criminal enterprise.
Trump’s allies have played up ties between former Democratic President Bill Clinton and Epstein sometimes by sharing old photos in which both of them appear, while downplaying photos that show Trump and Epstein together. A Clinton spokesperson said in 2019 the former President knew “nothing about the terrible crimes” the convicted pedophile committed.
Fox News’ egregious cropping of Trump from the photo drew criticism and prompted unflattering media coverage for the conservative cable network. The photograph aired during a segment about Maxwell being charged by federal prosecutors.
It’s not the first time in recent weeks that Fox News has acknowledged a significant error related to photos accompanying news stories. In mid-June, Fox News expressed regret after it published digitally altered and misleading images of the “CHOP” demonstration in Seattle.