Fraction of Fed lending facilities have been tapped so far 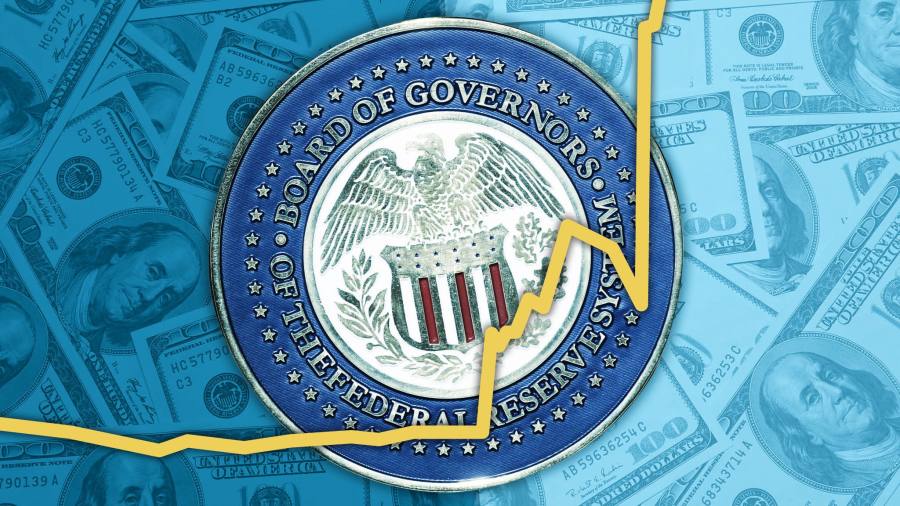 Only a fraction of the multitrillion dollar emergency lending facilities unveiled by the Federal Reserve has been deployed, more than two months after the US central bank’s promises of action helped stoke a powerful rebound in financial markets.

The creation of facilities to buy risky assets ranging from junk bonds to local government debt has been a key plank of the Fed’s effort to stabilise markets and boost the US economy, alongside an unprecedented expansion of its balance sheet through the purchase of trillions of dollars of Treasury bonds.

Of the 11 emergency facilities announced in March and April, which promised to make more than $2.6tn available, only five are fully or partially operational and usage stands at $95bn — less than 4 per cent of the minimum funds available — the central bank’s latest figures show.

The limited uptake of some programmes and gradual rollout of others underlines how the US central bank has been able to calm investors just by promising future action, but also raises questions about the sustainability of the recent rallies in debt and equity markets.

The US stock market has rebounded to within 6 per cent of its level at the start of the year, and American companies have been able to issue record amounts of debt. In large measure that is because investors have credited the central bank with eliminating the threat of a financial crisis, putting a floor under asset prices and working to stimulate the US economy as it reopens.

“The innovation, the creativity and the size of it was so large and so fast that their credibility is higher than it’s ever been,” said Rick Rieder, chief investment officer of global fixed income at BlackRock.

“Essentially the Fed is showing that when it comes to verbal intervention, they carry the biggest stick in town,” said Sonal Desai, chief investment officer of Franklin Templeton’s fixed income group. “The Fed is speaking loudly and financial markets have heard.”

The 11 facilities, and an alphabet soup of acronyms, were unveiled by the Fed in response to stresses in the financial system and the locked-down US economy that sent borrowing costs for companies and municipal governments soaring. They operate under powers that allow the central bank to make asset purchases in “unusual and exigent circumstances”.

In most cases, because the Fed is not allowed to risk credit losses, the US Treasury is fronting taxpayer money — often a significant proportion of the facility, given that coronavirus has upended business for even previously safe borrowers. The stimulus bill passed by Congress in March included $454bn for the purpose, which could be leveraged by the Fed up to 10 times that amount.

The facilities are on top of the resumption of quantitative easing, the Fed’s purchases of Treasury debt and agency mortgage-backed securities, which have also been critical for investor confidence and have already caused the central bank’s balance sheet to balloon to $7tn from roughly $4tn at the start of the year.

According to a consensus of analyst forecasts compiled by the Financial Times, it is expected to top $9tn by the end of 2020, an unprecedented 45 per cent of annual US gross domestic product. Oxford Economics estimates the eventual uptake of the lending facilities could total $2.5tn.

The fact that usage of the facilities so far has been low is “perfection”, said Mr Rieder, noting that the Fed has been able to stabilise markets without actually having to wade too deeply into risky asset classes. “You couldn’t have designed it any better.”

The first serving of alphabet soup came in early March when the Fed revived several financial crisis-era facilities to shore up short-term debt markets, after investors shunned the commercial paper issued by large corporate borrowers and the money market funds that buy such debt. Heavy withdrawals from those funds also put pressure on municipal debt markets, where state and local governments fighting the pandemic borrow money.

A second serving designed to backstop corporate bond markets followed soon after, although it took until May 12 for the Fed’s Secondary Market Corporate Credit Facility, or SMCCF, to actually make its first purchases of exchange traded funds that invest in investment-grade and junk bonds.

Operations to buy debt directly from municipal governments (the Municipal Liquidity Facility, or MLF) and to support small and medium-sized companies (the Main Street Lending programme, comprising three separate facilities) are still not yet operational. The Fed has, however, bought $45bn of Payment Protection Program loans extended to US small business owners.

Steven Oh, global head of credit and fixed income at PineBridge, said the working relationship between the Fed and the Treasury was “ideal”. Without the Treasury backstop for its facilities, the Fed would have had to be more conservative in its lending, other market participants have noted.

Treasury secretary Steven Mnuchin said last week the US government was “fully prepared to take losses” on its emergency loans. The Fed has also promised to adjust its terms if markets seize up again as they did in March.

The March spike in bond market borrowing costs reversed after the Fed’s actions. US investment grade companies have issued more than $200bn of new bonds each month since March, with issuance already crossing $1tn this year.

Meanwhile, the Fed and the fiscal stimulus package together sparked a rally in the stock market that has continued this week as parts of the US economy reopen, enabling some stricken companies to tap equity investors for new funds.

Ms Desai said investors could end up taking undue risks if the Fed began to serve as a “crutch” as opposed to a backstop for markets, and she urged the central bank against going much further in its support for Wall Street.

“Financial markets took a beating and came around too quickly from that beating,” she said. “The real crisis is in small and medium-sized businesses. The Fed needs to spend all of its time and attention on getting main street off the ground to justify the financial market moves we’ve seen.”