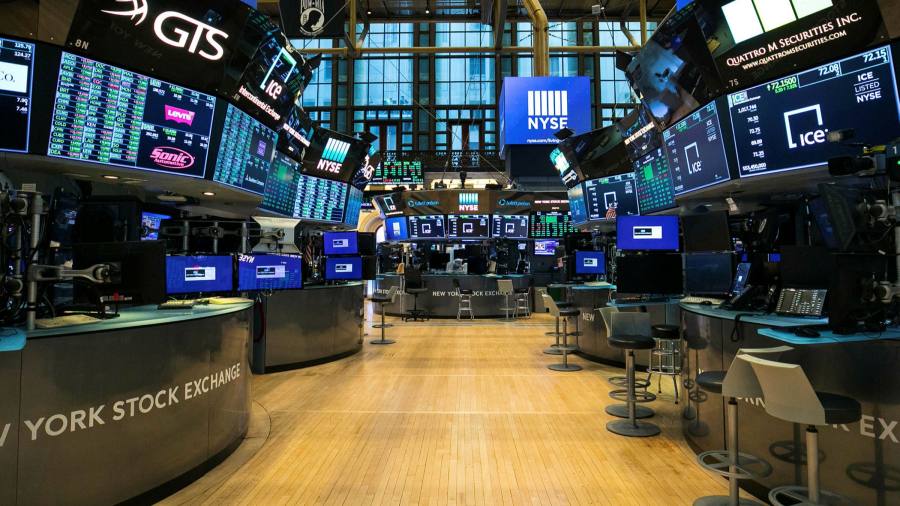 Global index providers have delayed updates to some of the most important stock and bond indices amid concern that forcing investors to follow suit could trigger fresh market turmoil.

S&P Dow Jones Indices, FTSE Russell and ICE Data Services have all postponed updates to benchmarks, which would normally be rebalanced at the end of the month to reflect changing market prices.

Analysts said index providers are nervous about compelling index-tracking investors to buy or sell large quantities of bonds at a time when the credit worthiness of many borrowers was uncertain and prices were volatile.

“The securities moves this month have been so extreme that they are afraid a rebalancing will force trillions of indexed and passive money to ‘adjust’ their portfolios, said Jim Bianco of Bianco Research.

FTSE Russell said it would postpone the March month-end rebalances for its monthly total return indices but plans to resume the operation in April. The provider, which is owned by the London Stock Exchange Group, said it would incorporate March’s turnover in April’s numbers.

ICE Data Services said it will postpone the regular month-end rebalancing of its bond indices, which was due to take place on March 31 until the following month. The delay applies to more than 5,000 fixed income benchmarks run by ICE, some in partnership with Bank of America, which track a total of more than $77tn of debt around the world.

The decision was made “given the continued disruption in the markets, and after careful consideration of feedback received in response to our consultation with stakeholders,” ICE said in a statement.

Earlier in the week S&P said it would postpone until the end of April the March rebalancings for most of its S&P and Dow Jones equity indices because of market volatility.

The changes had been due to come into effect before US markets opened on Monday. Most of the quarterly index rebalancings expected to take place at the end of March will be rescheduled until June, it said.

Peter Chatwell, head of multi-asset strategy at Mizuho, said it looked like index providers were aware that if institutions were forced to rebalance their portfolios in illiquid markets, passive funds would have to sell the bonds which have just lost their “investment grade” rating.

“In reality, however, this probably means that the advantage is once again with the active manager. Active money can sell the downgraded bonds at their discretion, while passive managers will be forced to postpone for a month,” he said.

FTSE Russell proceeded with the quarterly rebalancings of its benchmark equities indices, such as the FTSE reshuffle, at the end of last week. However, it delayed part of the longer-term rebalancings of the weightings of its indices for China and Saudi Arabia to June.