France’s Aerospace Industry to Get $17 Billion in Government Support 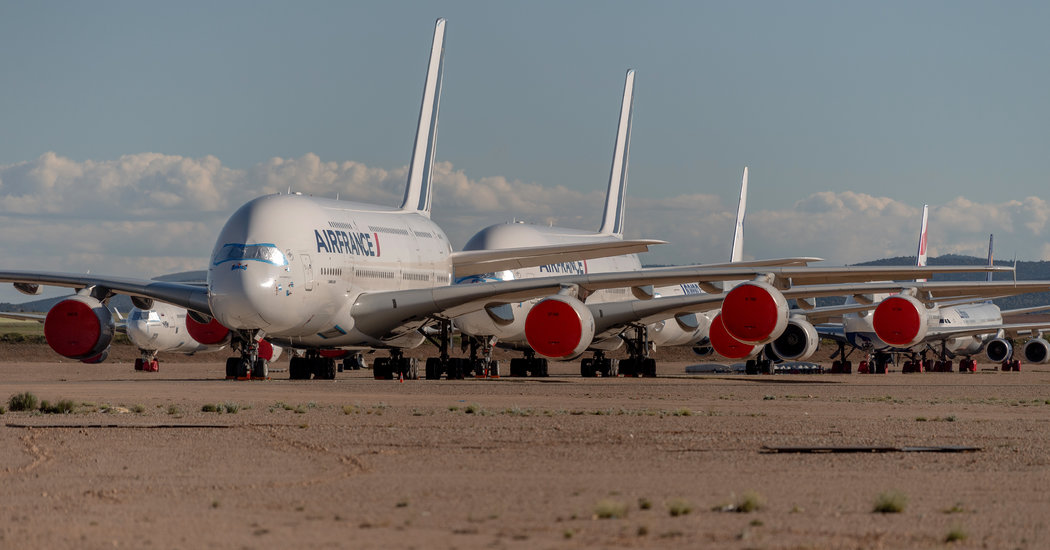 The French government announced an enormous financial support program on Tuesday for its flagship aviation industry as global travel restrictions from the coronavirus pandemic slash passenger flights and orders for new planes, putting tens of thousands of jobs at risk.

In exchange for the support, companies will be required to invest more in low-emission aircraft, powered by electricity, hydrogen and other means, as the government capitalizes on the opportunity to make the French aviation industry the “cleanest in the world.”

“We are declaring a state of emergency to save our aeronautical industry to allow it to be more competitive,” Bruno Le Maire, the finance minister, said at a news briefing with France’s defense and environment ministers. He said the plan would allow France to set new global standards for low-carbon aircraft, with €1.5 billion earmarked over the next three years on research and development to develop a carbon-neutral aircraft by 2035.

The aeronautical sector is one of the biggest employers in France, providing 300,000 direct and indirect jobs in manufacturing, research and development. A third of those would have been wiped out if the government did not step in, Mr. LeMaire said, adding that preserving jobs was the top priority.

Air France and Airbus have announced that they are examining job cuts as airlines operate at a small fraction of their normal capacity and orders for planes crater. The money would come with no rules forbidding layoffs, but Mr. LeMaire called on companies receiving aid not to resort to job cuts.

France has spent hundreds of billions of euros on paid furlough programs intended to prevent mass unemployment. The measures announced Tuesday would allow employers to tap government-paid furlough schemes, and come on top of an ‎‎€18 billion support package for the battered tourism industry and ‎€8 billion in aid to Renault and other French manufacturers in the auto sector.

Under the plan announced Tuesday, France’s public investment bank, Bpifrance, will provide a total of around ‎€500 million in loans to Airbus; Safran, a maker of jet engines and other components; Dassault Aviation, a military and commercial aircraft manufacturer; and Thales, which makes aerospace electrical systems.

Additionally, France’s defense and interior departments will speed up orders for ‎€600 million worth of Airbus aircraft.

The plan also calls for the French military to double its spending to around ‎€100 million at small and midsize companies that develop light surveillance planes and drones to ensure the preservation of thousands of additional jobs over three years.