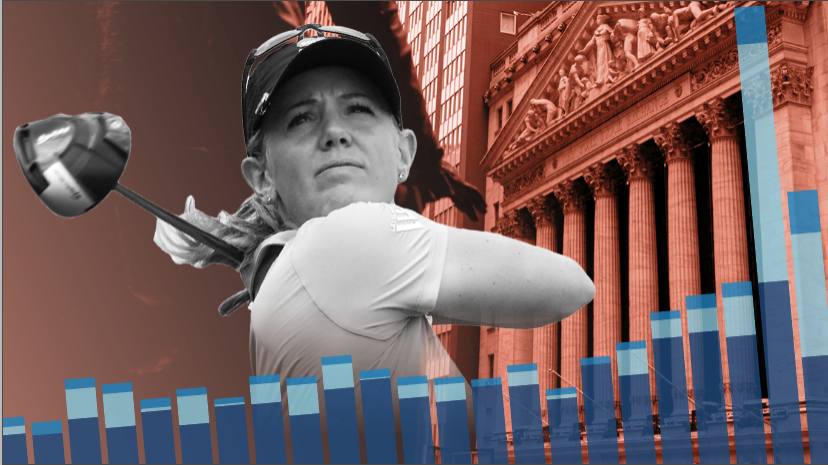 Gamblers who cannot bet on professional sport because fixtures have been scrapped are flocking instead to the US stock market, creating a new class of customer for online brokerages and adding fuel to the market rally.

The lockdowns that have kept billions of people indoors have halted the world’s biggest sporting events — from US basketball and hockey to European football, Indian cricket and even the summer Olympic Games in Tokyo.

But brokerages that connect everyday investors to the stock market have seen a surge in account openings, as punters seek thrills in unfamiliar places. This has brought new investors to the market, helping to propel a one-third rise in US stocks from the depths of the pandemic sell-off in March.

“People are staying at home, there’s no sports on — so people are trading for fun with the backdrop of improving markets,” said Rich Repetto, senior research analyst at Sandler O’Neill in New York.

Daniel Goodwin, who oversees a team of paralegals for a law firm in Indiana, would typically bet $100 on a handful of sports games every night. A few weeks into the shutdowns, with matches on hold, he fired up a dormant ETrade account with several thousand dollars and began to buy stocks.

“I’m not here for the long run — I just want to throw a thousand bucks at something to see if I can make a few hundred,” said Mr Goodwin, 39, noting that so far he has done well on MGM Resorts and Caesars Entertainment, the casino groups.

“With sports, if I throw $1,000 at something, I lose the whole thing real quick, but here if things go south you can cut your losses.”

Charles Schwab, ETrade and Interactive Brokers — three of the four biggest US online brokerages — each hit record numbers of account sign-ups in either March or April, adding a collective 780,000 new customers. March, the high point, amounted to three times the monthly average of the past two years.

The surge comes at a crucial moment for these companies, which have been forced into a brutal price war as brash newcomers such as Robinhood cut trading fees to zero. Last year Interactive Brokers slashed trading fees for its basic account, a move quickly mimicked by its bigger rivals.

The drop in trading revenues weighed on valuations, sparking a round of acquisitions in which Schwab snatched TD Ameritrade and Morgan Stanley bought ETrade. The brokerages also face pressure from low interest rates, which reduces the sums they earn on money sitting idle in client accounts — a major source of revenue. Schwab earns nearly two-thirds of its revenue from interest on client accounts.

“If there’s more volatility people like to trade more,” said Steve Sanders, head of product development and marketing for Interactive Brokers. “People who were too busy now have more time and are jumping into the markets.”

One famous blogger has come to symbolise the wave of sports fans descending on the stock market — Dave Portnoy, the founder of Barstool Sports, a betting blog.

Mr Portnoy, who launched the company in 2003, has turned it into a media empire that was valued at $450m in January, when he sold a one-third stake to Penn National Gaming for $163m in a cash-and-stock deal.

Since the transaction Penn’s stock has dropped about one quarter, as Mr Portnoy’s audience has no sport to follow. On March 23 — the day the stock market rally began — Mr Portnoy poured $3m into an ETrade account and began to trade. His pithy, profane video updates throughout the day are sponsored by an alcoholic drinks group and until this week had showed net losses, including dud bets on airlines and cruise operators.

Still, for much of his broad audience online — including 3.7m followers across Twitter and Instagram — he is the nemesis of what he calls the “pinstripe suits” on Wall Street, using simple tools to take on the pros at their own game.

“Some people hate him, but I think he’s an absolute genius,” said Adrian Mallett, 20, a business student on Prince Edward Island where he tends the greens and fairways of the Countryview golf course.

In January Mr Mallett opened a brokerage account with Royal Bank of Canada and as the rally intensified he has traded more, investing C$3,000 of stimulus money he received from the Canadian government into US stocks including Lyft and Tesla.

“I’m a little bit up,” he said. “I cut grass at a golf course. I’m on a lawnmower refreshing the app every few seconds — it’s great.”