G.D.P. Doesn’t Credit Social Distancing, but It Should 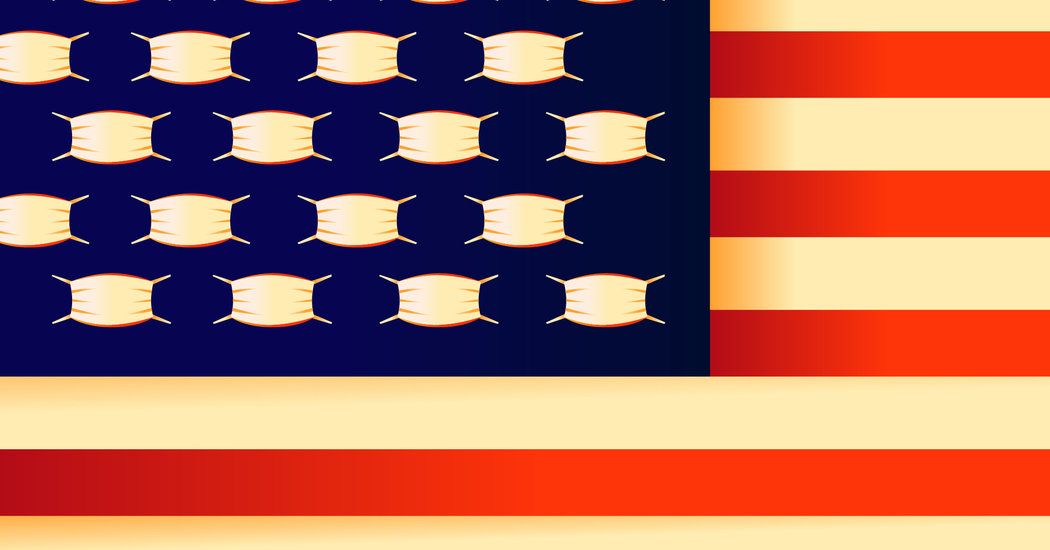 The United States is in a deep recession, but the official numbers are missing something big.

They don’t reflect the immense value of the sacrifices being made by millions of people who have stayed at home to stop the spread of the coronavirus.

Because we don’t charge one another for saving lives, one of the most herculean efforts ever undertaken isn’t being counted in gross domestic product. But if you stop and think about it, you will see that this is a critical omission.

If the lives that we are saving through social distancing are more valuable than whatever we were each doing last quarter, then the true value of our collective output must have risen. Unfortunately, the official measure of gross domestic product takes a much more limited view of what counts as “output,” and it hides this progress.

Our current economic troubles are certainly grave, but they’re not the result of a typical recession, which hobbles the economy so that it produces less output. Rather, the coronavirus is so destructive that it has lowered the living standards of millions of Americans, even as the true value of what they are producing is likely higher than it has ever been.

Failing to understand the hidden assumptions that shape our economic statistics can lead to a misdiagnosis of our economic ills. If policymakers were to focus on a broader measure of output — one that counted everyone’s efforts to protect public health — it could change their perspective on debates about whether to “reopen the economy.”

Could a magical pill rescue the economy?

A simple parable illustrates how current statistics are missing a valuable contribution of America’s workers.

Imagine that scientists discover a new pill that can protect you from getting the coronavirus. This pill brings certain side effects, and the label on the bottle warns those taking it not to drive or use any other form of transportation. You are advised that it is unsafe even to walk to a store or leave the house to spend time with others.

Essential workers who need to get to work each day won’t be able to take the pill. But office types who can work from home will take it, and so will many others, even if it means relying on unemployment assistance instead of working, at least until the pandemic passes.

It’s a good bet that most Americans would happily spend an extra $25 per day to get this pill. From a broader social perspective, such a pill would be even more valuable, because any treatment that prevents you from getting sick also prevents you from passing the deadly virus on to others.

Widespread use of this pill could stop the virus in its tracks. It would also have important economic effects that would be measured easily, using current definitions.

First, the pill would lead to an enormous boom in the pharmaceutical industry. It would show up in gross domestic product, which counts the value of new drug therapies in terms of their market price If the pill costs $25 per dose, and 240 million Americans took it daily, then it would add $6 billion to total output each day.

Gross domestic product is typically measured over three-month periods, so a contribution of $6 billion per day adds up to a $540 billion boost to quarterly G.D.P.

Right now, we have no such pill, and the nonpartisan Congressional Budget Office has forecast that G.D.P. will fall by around $540 billion in the current quarter. But our imaginary pharma-based boost to G.D.P. would offset the economy’s forecast decline, so it would not only save lives. It could also prevent a recession.

In the real world, there is no magic pill. Instead, we have social distancing, which can stop the spread of the coronavirus just as effectively.

But economic statistics count the two approaches very differently. A pharmaceutical company that produces a $25 pill is said to add billions to G.D.P. By contrast, collective efforts to produce an equivalent outcome through social distancing are treated as though they have no value.

That makes no sense. If social distancing achieves the same effect, it seems only reasonable that it be included in the economy’s output. If a pill would add $540 billion to G.D.P. and avert a recession, then social distancing should be scored similarly.

It’s a war, but not according to the accounting.

The fight against the coronavirus is often described as a war. Maybe the G.D.P. numbers should account for it that way.

The last mobilization of this scale was in World War II, and it is generally understood that it led to a boom in output large enough to end the Great Depression.

In reality, America’s production of stuff — the usual goods and services — didn’t rise much during the war. But the economy was transformed as millions left their jobs to join the military to fight a deadly enemy. The current definitions of G.D.P. evolved, in part, out of an effort to measure that mobilization.

G.D.P. rose in World War II largely because it counted the efforts of the soldiers as an addition to the nation’s output. In the dry parlance of national accounting, the soldiers produced “defense services.”

Today’s war against the coronavirus is following a closely related script, in that millions of people have been asked — in many cases forced — to abandon their jobs to fight a common enemy. Just as soldiers were paid for their service, the government today is paying millions of people pandemic unemployment assistance for their service in reducing workplace-related transmission of the virus.

But an arbitrary distinction changes how these battles are scored in the national accounts. During World War II, the wages paid to American soldiers were added to G.D.P. During this pandemic, the equivalent battle pay is disbursed through the unemployment insurance system. An accounting convention classifies these as “transfer payments” — mere shifts without productive value from one set of Americans to another — which means they’re not counted toward G.D.P.

This doesn’t change the reality that in the war against the coronavirus, people who are staying home are producing valuable “public health services,” much as soldiers produce “defense services.” Indeed, if we paid them through the government payroll rather than the unemployment insurance system, the same accounting conventions would suddenly count that money toward G.D.P.

In a typical recession, millions of people could be more productive if they could find work, but economic dysfunction robs them of this opportunity. This downturn is different. In the pandemic economy, the most productive thing that many people can is stay home. “Reopening the economy” may be the wrong way to look at it. The question is when is the best time to shift what we are producing.

A truer measure of output would recognize that collective output hasn’t fallen; it has merely shifted so that we’re producing less “stuff” and more public health. And it would show that economic dysfunction isn’t the main problem right now; the coronavirus is.