Gayle King challenged AT&T’s CEO on race. He agreed it was a ‘fair’ critique 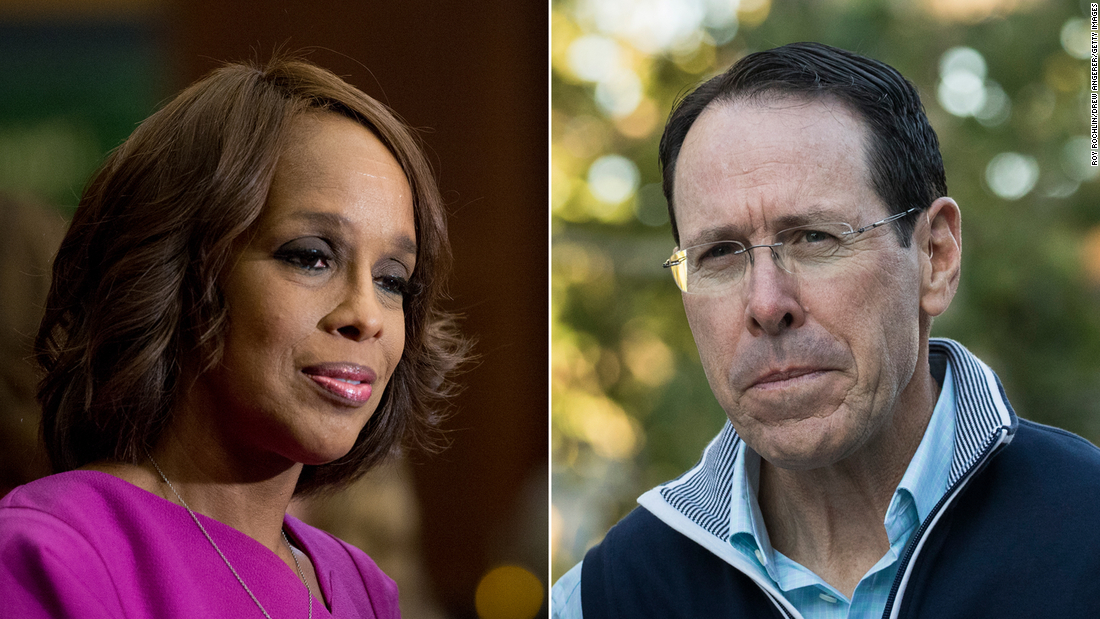 “It seems like that would have been an opportunity to have a woman or a person of color,” King said in an interview at the US Chamber of Commerce Commerce’s National Summit on Equality of Opportunity Thursday. “I’m sure Mr. Stankey is very nice, nothing against Mr. Stankey.”

“I will tell you Mr. Stankey has made probably the biggest moves in media, in our acquisition of WarnerMedia, being the first to actually institute and institutionalize diversity requirements in our media business,” he added. I think John is going to prove that he will move the needle for AT&T even further than I took it.”

AT&T (T) owns WarnerMedia, the parent company of CNN.
An AT&T spokesperson confirmed that seven out of eight members of the company’s executive leadership team are White. Only one is Black.
Three out of 14 members of AT&T’s board of directors are people of color, two of whom are Black. Additionally, the company’s latest diversity & inclusion report shows 13.5% of management is Black and 39.4% of management employees are people of color.
AT&T appears to do a better job hiring black executives than most major corporations. Black people make up 13.4% of the US population, but just 3.3% of all US corporate executive or senior leadership roles were held by Black Americans in 2018, according to the US Equal Employment Opportunity Commission.
Only four, or less than 1%, of the current Fortune 500 CEOs are Black.

Stephenson said addressing racial inequality is both a moral imperative and a business opportunity for Corporate America, which he said is having more intensive conversations about the issue than in any point in recent memory.

Stephenson told King that promoting diversity internally must be a “conscious effort.”

“It’s not going to happen on its own,” he said. “If we’re just left to our own devices, we surround ourselves with people who look like us. … Candidly, me as CEO, I have not done enough. Our efforts, I think they’ve been a really good start, but I think it’s time to step things up.”

Stephenson also took issue with those who specify Black executives must be “qualified” to get hired at companies like his.

“We need to stop qualifying that,” he said. “If somebody’s going to come on the board at AT&T, we obviously are going to make sure they’re qualified. I don’t think we have to [emphasize] qualified with Black.”