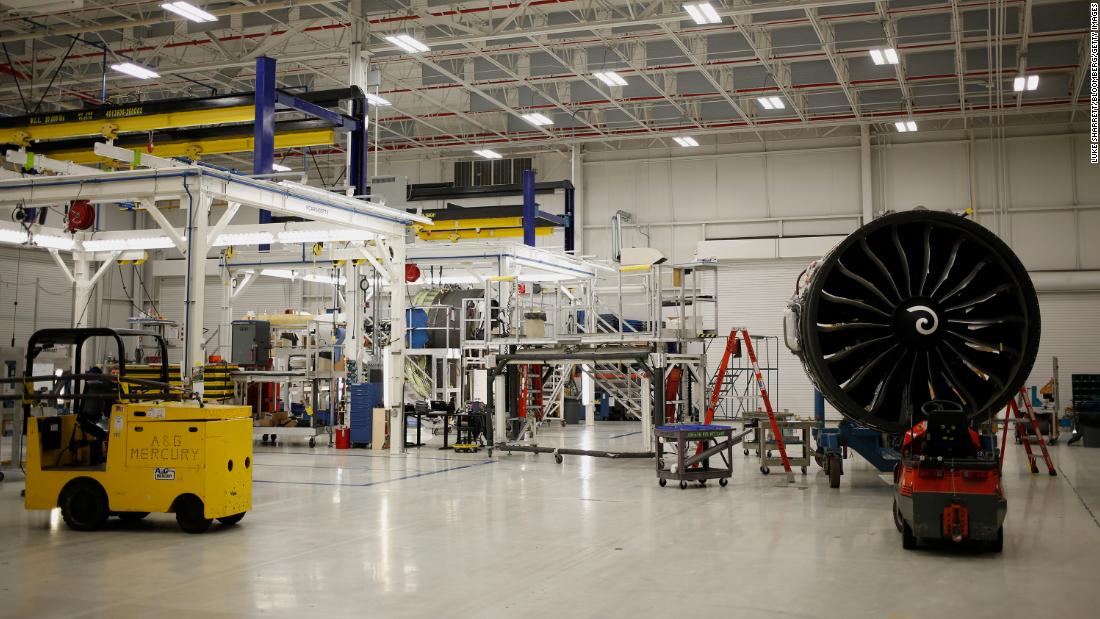 GE Aviation on Monday announced plans to accelerate its cost-cutting by permanently reducing its global workforce by as much as 25% this year through a mix of layoffs and voluntary actions. This includes the previously-announced plan to cut 10% of GE Aviation’s US workforce.
Orders for jet engines and parts have plunged as Boeing (BA) and Airbus (EADSF) have slashed production of new planes. Demand for servicing jets has also collapsed as airlines have grounded countless existing planes during the crisis.

“While extremely difficult, I am confident this is the required response to the continued contraction of the industry, and its protracted recovery,” GE Aviation CEO David Joyce wrote in a memo to employees. “I am equally confident that the industry will recover over time and that we will be positioned to win.”

In late March, GE announced it would cut 10% of its US workforce, or about 2,600 employees. The company also said it would furlough about half of its US maintenance, repair, overhaul and new engine manufacturing workers.

GE is for the first time detailing the impact on its global workforce, which totaled about 52,000 at the end of 2019.

The coronavirus pandemic is disrupting the turnaround efforts at GE, which relies on the aviation division for the largest portion of its revenue.

Last week GE said it estimates the crisis has wiped out about $900 million of its earnings and hurt free cash flow by around $1 billion.

The jet engine division suffered the biggest blow and GE has warned the recovery will be slow.

GE said commercial engine orders plummeted 82% to 145 during the first quarter. That included a 99% decline in orders for the LEAP engine, the exclusive engine for the Boeing 737 Max, which has been grounded for more than a year. Boeing also announced plans late last month to cut 16,000 jobs, or 10% of its workforce, after posting a massive loss.

It’s not just the aviation division that is cutting costs. GE also lowered the headcount at its power division by 700 during the first quarter and implemented a hiring freeze.

The news comes as the United States braces for an historic spike in unemployment. The government jobs report set to be released Friday is expected to show the unemployment rate surged to 16.1% in April, the highest level since 1939.