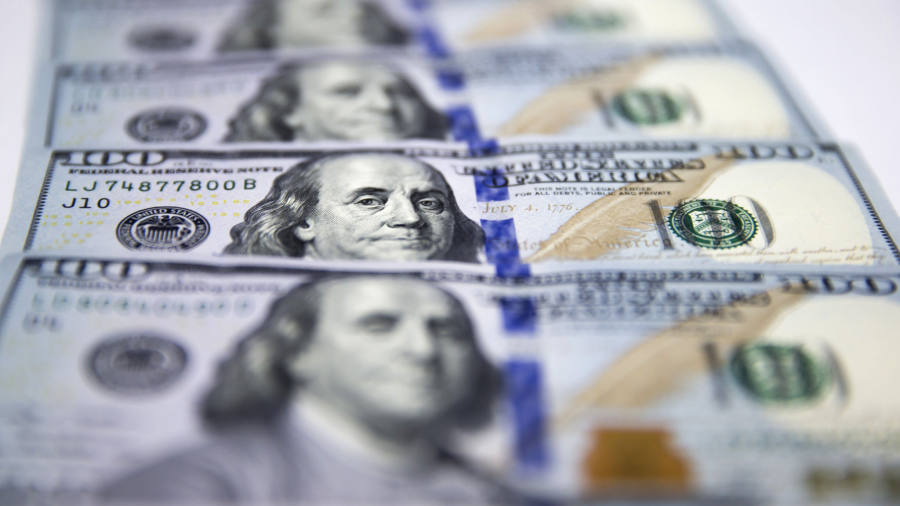 Companies and banks are hoarding dollars to pay their debts and keep business flowing during the coronavirus pandemic, helping to send the currency higher.

A collapse in revenues, seized-up debt markets and broader fears over the economic impact of Covid-19 have all encouraged companies to max out their credit lines to keep large amounts of cash at hand.

The US Federal Reserve has stepped in, seeking to enhance flows around the world’s financial system by lowering the cost of borrowing dollars through swap lines. Such facilities, set up with the central banks of Japan, Europe, the UK, Canada and Switzerland, allow cheap access to dollars in exchange for their respective currencies.

But the pressure is not abating, analysts said. The dollar has pushed higher against its peers this month, despite two emergency cuts from the US central bank that have brought interest rates down to zero. Ordinarily, rate reductions of this magnitude would weaken a currency.

“When you have the most unexpected recession we’ve seen in modern times, a lot of people are caught in dollar-funding issues,” said Paul Meggyesi, head of FX strategy at JPMorgan in London. “This crisis is affecting every sector and every country in a synchronised way.”

On Tuesday, one key measure of dollar demand doubled, as the so-called cross-currency basis between the euro and dollar moved from -60 basis points to roughly -120 basis points at one point. On the day the dollar gained at least 1 per cent against each of the other G10 currencies.

George Saravelos, the global head of FX research at Deutsche Bank, said banks are also hoarding dollars, as they worry about companies defaulting or asking to borrow more. This overwhelming demand has meant that the cost of dollar funding keeps creeping higher, despite the sweeping measures taken by the Fed.

“We underestimated how acute dollar-funding pressures would become,” added Mr Saravelos. “We worry that fixing this dollar shortage may be more difficult than policymakers think.”

When fears over coronavirus started to gnaw into markets, the dollar did not climb. Despite its rock-solid reputation as a haven in times of stress and its status as the world’s pre-eminent reserve currency, it defied expectations by ticking lower at the end of February and beginning of March.

But the firestorm last week — with a crash in the oil price, some of the biggest declines in stocks for decades, and alarming strains in the crucial US government bond market — finally sent the dollar on its biggest rally in almost five years.

In the week of March 9, the pound lost nearly 6.5 per cent against the dollar while the Mexican peso and the Russian rouble both slumped 5 per cent. The greenback even surged against the yen — another favoured currency in times of stress — recovering from its weakest level since 2016.

“This underscores our long-held preference for the dollar as the pre-eminent funding currency that will be in demand, in fact becoming outright scarce, in times of stress,” said analysts at JPMorgan.