GM, Ford and other automakers to halt production in the US 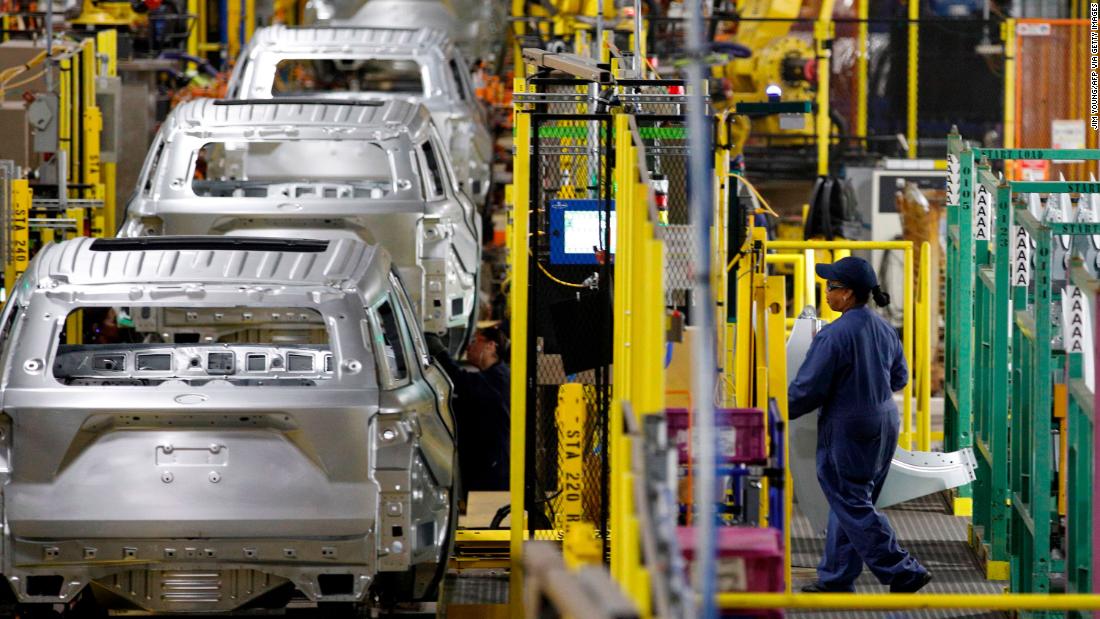 On Wednesday afternoon, Ford (F) announced that all of its factories would close for two weeks after the workday ends Thursday.

“Production at Ford’s US, Canadian and Mexican manufacturing facilities will be halted after Thursday evening’s shifts through March 30 to thoroughly clean and sanitize the company’s plants,” the company said in an announcement.

GM (GM) made a similar announcement shortly afterward, citing “market conditions” as well as health concerns. The automaker said it would immediately begin to shut down its factories.

“The suspension will last until at least March 30,” GM said in its announcement. “Production status will be reevaluated week-to-week after that.”

A source familiar with the plans told CNN that Fiat Chrysler, would soon follow suit. Fiat Chrysler (FCAU) has not yet responded requests for comment on the matter.
“These automakers are currently well-stocked with inventory and as more of the country moves to follow shelter-in-place orders, vehicle sales will inevitably be softer,” said Jessica Caldwell an industry analyst with the automotive web site Edmunds. “But if the proposed stimulus package ends up moving through the Senate, this could help sales get to a bit of a healthier place when normal life resumes.”

During the shutdown, workers will receive unemployment insurance as well as pay from their employers that will add up to nearly their full pay, as is usually the case during such factory shutdowns, a UAW spokesman confirmed.

Earlier this week, the UAW called on the Big Three auto makers to shut down their US factories for two weeks in order “to safeguard our members, our families and our communities” amid the coronavirus outbreak.

On Tuesday night, the UAW announced that an agreement had been reached that would have allowed the work to continue.

Ford, General Motors and Fiat Chrysler had agreed to “rotating partial shutdowns” of their factories, according to the UAW. The automakers also agreed to deep clean their facilities and equipment when workers swapped shifts, and to extend the length of time between shifts, the union added.

“We’re continuing to work closely with union leaders, especially the United Auto Workers, to find ways to help keep our workforce healthy and safe — even as we look at solutions for continuing to provide the vehicles customers really want and need,” said Kumar Galhotra, Ford (F) president of North America said in today’s announcement.

Honda also announced that it is ceasing production at its factories in the United States, Canada and Mexico for six days, “due to an anticipated decline in market demand related to the economic impact of the COVID-19 pandemic,” Honda said.

Honda’s factory workers will receive their usual full pay during the shutdown, the company said.