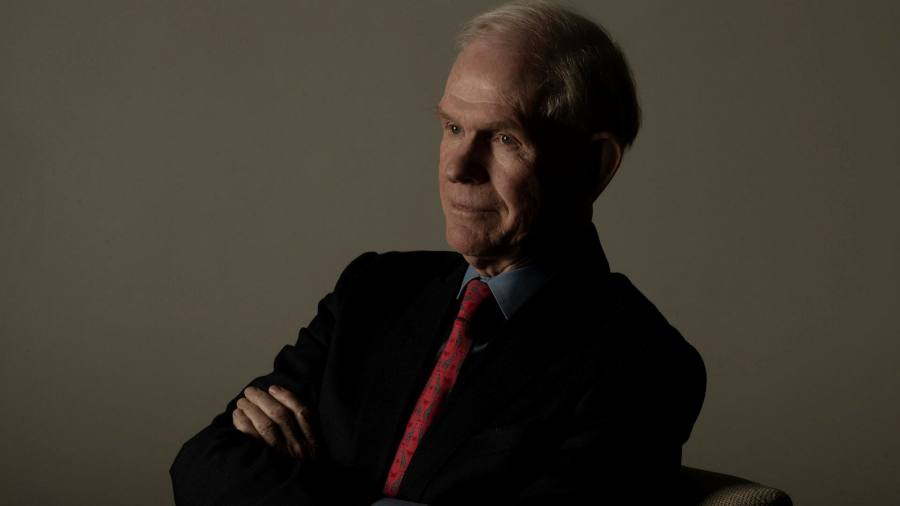 Stock markets are “lost in one-sided optimism”, according to Jeremy Grantham, the veteran strategist known for calling several of the biggest market turns of recent decades.

GMO, the Boston fund manager Mr Grantham co-founded in 1977, has cut the net exposure to global equities in its biggest fund from 55 per cent to just 25 per cent — close to the low it hit during the global financial crisis.

The decision slashed its Benchmark-Free Allocation Fund’s exposure to US equities from a net 3-4 per cent to a net short position worth about 5 per cent of the $7.5bn portfolio, said Ben Inker, GMO’s head of asset allocation.

The Covid-19 pandemic “should have generated enhanced respect for risk and it hasn’t. It has caused quite the reverse,” Mr Grantham told the Financial Times. He noted that trailing price-earnings multiples in the US stock market were “in the top 10 per cent of its history” while the US economy “is in its worst 10 per cent, perhaps even the worst 1 per cent”.

Underlying economic realities had been “temporarily overwhelmed” by central banks’ unprecedented stimulus efforts, he said, but “it’s hard to believe that will continue”.

Mr Grantham, who has built much of his career on the observation that markets ultimately tend to revert to their long-term average levels, dumped positions in Japanese stocks two years before the country’s asset price bubble burst in 1989. He also bet against dotcom stocks for more than a year before they turned 20 years ago.

In a quarterly letter released on Thursday, GMO’s long-term investment strategist wrote that he has never seen a period where the outlook was so uncertain. He warned that “the current market seems lost in one-sided optimism when prudence and patience seem much more appropriate”.

Despite the uncertainty, he said in an interview that after seeing markets price in “total recovery” over recent weeks, “my confidence that this will end badly is increasing.”

The US stock market has gained 40 per cent since its lows in March, bringing the S&P 500 benchmark to just 8 per cent below the record high reached in February, prior to the swift sell-off as Covid-19 swept global markets.

“If you look back in two to three years and this market turns around and drops 50 per cent, the history books will say ‘That looked like one of the great warnings of all time. It was pretty obvious it was destined to end badly,” Mr Grantham said, adding: “If it does end badly the history books are going to be very unkind to the bulls.”

GMO bulked up on stocks during the sell-off but has since cut positions in the US market, worried that the big jump in prices has created a historically large “mismatch” with the dire economic backdrop.

GMO now has more than 8 per cent of the Benchmark-Free Allocation Fund in cash, but it has upped its exposure to “value” stocks in developed markets outside the US, which Mr Grantham said were trading at their widest discount to the broader market on record.

Speaking as protests against police brutality and racism filled the streets of US cities, Mr Grantham said previous outbreaks of social instability had had few lasting effects on the US economy, but “there are more things going wrong than normal”.

Markets had weathered a pandemic and a crisis in oil markets, he noted, but the US unrest followed years of growing inequality, the rising costs of climate change and the weakening of institutions.

Investors would normally brush off such threats, he said, “but when a system is weak you’re never quite sure which straw brings you down.” He added: “The US looks like it’s in the early stages of becoming a failed state.”

Mr Grantham said he was proud of not having “made a fuss about inflation” in 20 years of writing his widely followed letters, but noted that record amounts of monetary easing from central banks had now created the possibility of inflationary pressures.

“With a generous stimulus programme in many countries you can just about daydream about inflation for the first time in 30 years,” he said.