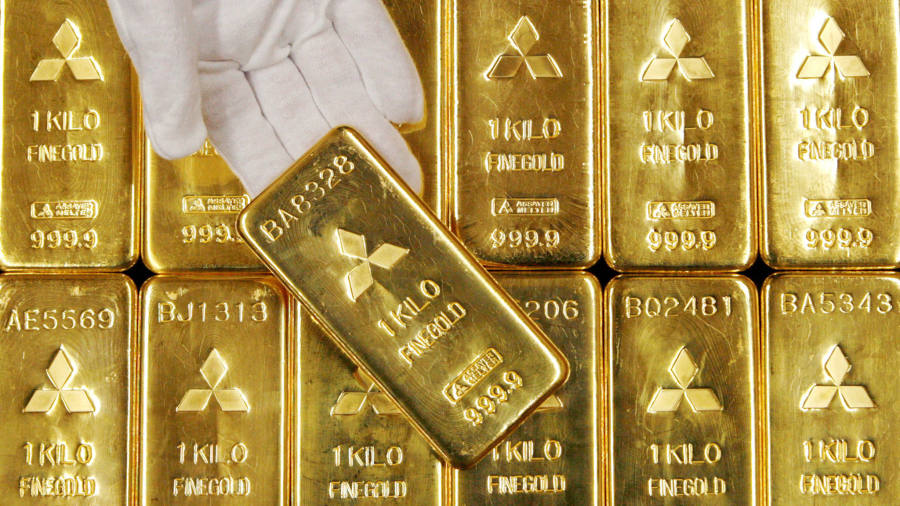 Gold erased its gains for the year on Monday and platinum tumbled by more than a quarter as precious metals were hit by another wave of selling.

Gold traded as low as $1,466 a troy ounce, a level last seen in early December, while platinum fell to a 17-year low amid growing fears about the effects of coronavirus on global growth.

Traders said hedge funds and speculators were selling liquid assets such as gold to cover for losses and margin calls sustained during the largest stock market crash since 1987’s “Black Monday”.

“It’s a case of selling anything,” said Ross Norman, a gold market veteran who used to be a trader for Credit Suisse. “If you’re sitting on a profitable asset you’re going to sell gold to pay for margin requirements. If you have a piggy bank you are going to raid it.”

Gold has also fallen victim to a liquidation of “risk parity” funds, automated investment vehicles that are designed to do well in almost any market environment, according to John Reade, chief market strategist at the World Gold Council. Some of these funds had owned gold in their portfolios.

“The yellow metal is a liquid and broadly held asset, and profit-taking activity and margin calls for other underperforming markets likely prompted the initial sell-off,” said analysts at Citi.

Gold was also dumped during the global financial crisis, as leveraged funds turned to assets they could easily convert to cash. But the selling did not persist and the precious metal eventually rallied 45 per cent from an October 2008 low. The S&P 500, in contrast, did not bottom until March 2009 and in the intervening period fell 30 per cent.

“It’s not history repeating itself; it’s rhyming very closely,” said Will Rhind, chief executive of ETF company GraniteShares. “In a market which is indiscriminately liquidating all assets then gold is not immune to that. There’s a first wave of selling which includes gold because it’s one of the highest-quality assets in the portfolio.”

Investors said central banks’ efforts to combat the impact of coronavirus should reduce volatility in markets and drive money back into gold, once the dust settles.

“With financial markets in turmoil, economic activity collapsing and policymakers implementing the largest injection of stimulus since the global financial crisis, there is significant potential for a recovery of gold and gold equities in the coming weeks and months,” said Baker Steel Capital Managers.

But traders said precious metals with a stronger link to industrial demand were likely to fare less well. Platinum, which is used in catalytic converters and jewellery, fell to $558 per ounce on Monday, down as much as 26 per cent. Silver was down 12 per cent at $12.96 an ounce.