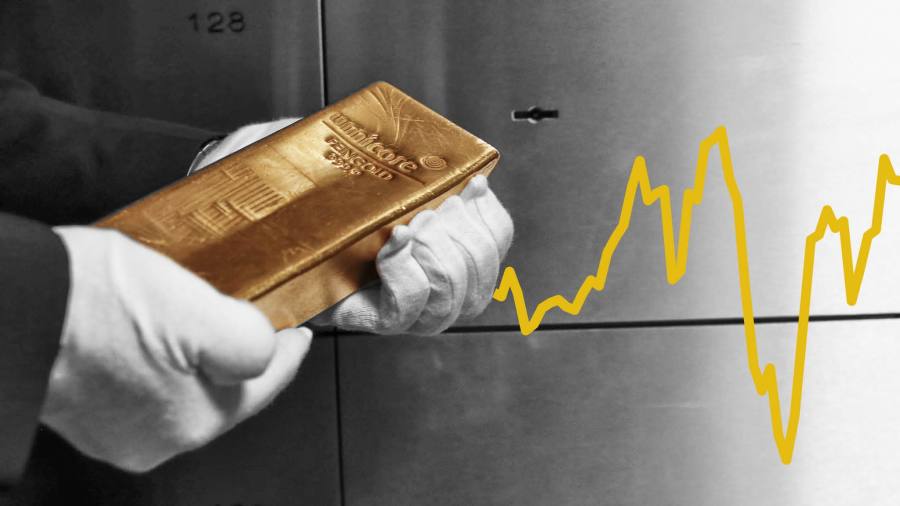 Kevin Kelly, a former Air Force fighter pilot in Scottsdale, Arizona, has been telling anyone who would listen since 2008 to buy gold and silver in preparation for the next crisis. This year, some have finally taken his advice.

“People would say to me ‘that will never happen, it will never happen’ but guess what? It’s here,” said Mr Kelly, who organises bare knuckle boxing competitions and runs a fitness franchise. “Everyone was telling me you’re a doomsayer.”

Dismissed as “gold bugs” by many mainstream investors, those who have long advocated buying gold have been vindicated this year, as prices have risen 9 per cent while stocks have dropped 20 per cent after the coronavirus outbreak.

Last month, analysts at Goldman Sachs argued it was “time to buy the currency of last resort”, saying gold could hit $1,800 a troy ounce from its current price of about $1,650 due to “fear-driven investment demand”.

Gold draws in investors for several reasons. Unlike copper, its fortunes are not tied to industrial activity. Its returns stem only from price rises; it offers no coupons like bonds, or dividends like stocks. But it traditionally acts as a haven in times of stress, albeit with periods of sharp drops when investors are forced to cover losses from other classes of assets. It can provide a hedge against inflation — a key risk to bond values. True believers also think it will one day reprise its role underpinning the value of currencies that they think have been undermined by central bankers’ asset purchases since 2008.

Now, gold enthusiasts are encouraged by a new source of support: coronavirus has led to the closure of refineries and a reduction in commercial flights, creating a price-boosting shortage of gold bars and coins.

“The challenge that everyone is facing is logistics,” said Ruth Crowell, head of the London Bullion Market Association. “Because gold traditionally flies on passenger aircraft, given the amount of cancellations and disruptions there’s less of them flying and limited space in the cargo hold.”

Rates for transporting gold by plane have increased by three to four times since February, said Richard Hayes, chief executive of the Perth Mint, which is wholly owned by the government of Western Australia. One major airline had increased its cargo rates for taking gold by eight times, he added.

On March 23, gold futures on the Comex exchange in New York rose to $70 above London’s spot price, due to fears of a lack of physical metal to settle the contracts. This dislocation affects the entire gold supply chain, since companies use futures to hedge their exposures.

London is home to more than $400bn worth of gold bars, but those bars weigh 400 ounces, and are not the 100-ounce bars required to settle Comex futures contracts or to be sold to retail investors. The metal therefore has to be refined before it can be delivered, but Europe’s largest refineries in Switzerland have been operating at reduced capacity due to the virus.

In addition, supply from gold mines has been disrupted. Shares in the largest gold miners have fallen 11 per cent this year after shutdowns in Mexico and South Africa.

Since March 23, more than 6m ounces of gold has been shipped into Comex’s warehouses in the US, according to the owner CME Group, taking holdings to 15.9m ounces, the highest level since 2002. That includes metal to back a newly launched 400-ounce gold futures contract, which started trading on Monday.

But the premium between futures prices and the London gold market still hovers around $50 an ounce. The gap is usually a couple of dollars.

For retail consumers, the shortages mean higher premiums to buy the metal as well as longer delivery times. The delays have reduced gold’s appeal to potential buyers, according to Everett Millman, from Florida-based Gainesville Coins.

“They just want to know why I can’t get my gold,” he said. “You would hope to source from past buyers or the general public as premiums are so high. But people are holding on to what they have . . . forcing us to look everywhere and anywhere to find gold and silver.”

Mr Millman said it took several weeks to get products that could ordinarily be obtained in a day or two. The company now sells gold at a premium of around 10 per cent to the spot market price. Normally the gap is 1 to 2 per cent.

For Mr Kelly, gold is the only asset “without counterparty risk” that can protect against currency devaluation and uncontrolled spending by central banks to counter coronavirus. While inflation did not materialise after the global financial crisis in 2008 as many gold investors had hoped, he believes it will do this time.

Since the US stopped backing its currency with gold in 1971, there was nothing to constrain central banks, he said.

“Our founding fathers warned us about the evils of central banking,” he said. “We’ve got to the point now where you can print as much as you want but all you do is create hyperinflation. At some point, that’s very devastating.”