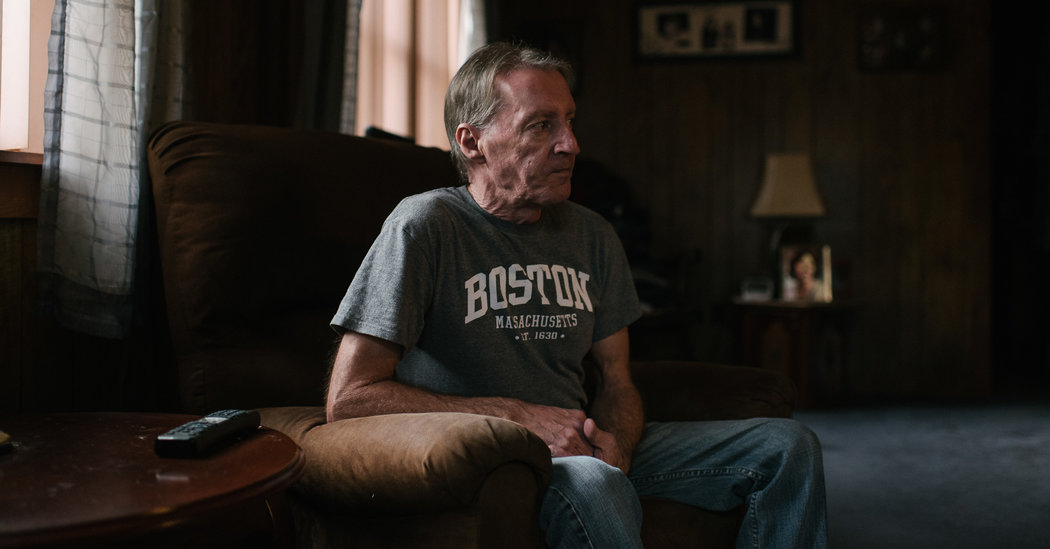 To make amends for its part in the collapse of the housing market during the 2008 financial crisis, Goldman Sachs promised $1.8 billion in consumer relief to struggling homeowners.

That penance was also a business opportunity.

Four years after agreeing to help homeowners in a civil settlement with federal prosecutors, the Wall Street firm has become one of the biggest buyers of distressed mortgages, an area of investing that deals in loan modifications and foreclosures for borrowers who can’t make their payments.

And while Goldman has reworked loans to make it possible for thousands of homeowners to avoid foreclosure, it has also taken back more than 10,000 homes — properties it has started to sell to help offset the cost of the assistance it provides, a review of data shows.

“They are profiting off of this,” said George Daly, who almost lost his home in Millville, N.J., to Goldman after it bought his mortgage as part of the consumer relief program.

Mr. Daly, a retired auto mechanic who has lived in the home for 22 years, said the firm that Goldman had contracted to manage his mortgage — Shellpoint Mortgage Servicing — was unwilling to consider a loan modification unless he made a $14,000 payment upfront. Then, just a few months after his wife, Susan, died of complications from cancer, he heard from lawyers for Goldman’s mortgage subsidiary — MTGLQ Investors, short for mortgage liquidation. They told him that they were pushing ahead with foreclosure.

Mr. Daly, 61, was able to keep his house only because his frantic online searching turned up information on New Jersey’s foreclosure relief fund, which gave him a $49,000 grant to pay off the delinquent fees and resume his monthly payments.

Goldman declined to discuss Mr. Daly’s case, but it defended its handling of the mortgages it had bought, saying it does better by homeowners than other firms that operate in the same market.

“Our overarching goal is to do modifications and get the nonperforming mortgages we purchase performing,” said Maeve DuVally, a Goldman spokeswoman.

Goldman came to own Mr. Daly’s loan because of the consumer relief provision of a $5 billion settlement for marketing and selling faulty mortgage securities to investors. Unlike other banks, Goldman originates few mortgages of its own, and to help struggling borrowers it had to buy their distressed mortgages. It has bought more than 30,000 of them — mostly from Fannie Mae and Freddie Mac, the federally backed mortgage finance firms.

Investors in distressed mortgages buy them at a discount and seek ways to spin money out of the soured loans. They can take over the property — by either foreclosing or persuading the borrower to simply walk away — and sell it. Or they can modify the loan to make it possible for the borrower to start paying. Goldman has repackaged some of the modified loans into mortgage securities it has sold to investors.

Although Goldman began buying those loans under the auspices of a program intended to help struggling borrowers, public policy critics and homeowner advocates say the bank is getting credit for performing much like any other distressed-mortgage investor.

Jim Baker, executive director of the Private Equity Stakeholder Project, an advocacy group, contends that the bank should be doing more, considering it is being penalized.

“One would assume that if Goldman’s main purpose is to satisfy the settlement, their numbers would be better than their peers’,” Mr. Baker said. “They do not look much worse, but not much better, either.”

In the niche market for buying distressed loans or foreclosed homes, Goldman is second in foreclosures over the past four years to the combined affiliates of Lone Star Funds, a Dallas private equity firm, according to an analysis compiled by Attom Data, a real estate information firm.

In a statement, Goldman said it had foreclosed on 10 percent fewer mortgages than other investors that had bought mortgages from Fannie and Freddie. And the bank said it had avoided foreclosure on 29 percent of the mortgages it acquired — roughly two percentage points better than the outcomes achieved by those other investors.

More than a third of the settlement’s $5 billion value is rolled up in the consumer relief provision. The bank earns credit toward its obligation for actions like reducing what borrowers owe, modifying loans so they can start paying again or letting them walk away with no further obligation to pay.

The bank has completed 86 percent of its relief obligation, according to a report issued in January by Eric D. Green, the independent monitor who also oversaw the consumer relief component of Bank of America’s $16 billion civil mortgage settlement.

“We are clearly incentivized to get loans performing because we both get consumer relief credit and benefit economically,” Ms. DuVally said.

Goldman’s settlement was just one of several the Justice Department reached with big banks that sold faulty mortgage securities before the 2008 crisis. Dennis Kelleher, president of Better Markets, a nonprofit group that supports stringent financial regulation, said he believed the portion of the Wall Street settlements described as consumer relief were more for public relations than for a means of penalizing bad corporate behavior.

“These were sweetheart settlements so the Justice Department could claim a big win and the banks could say they were paying for their sins,” Mr. Kelleher said.

The mortgages that Goldman bought are not easy loans to rework, and a significant number were almost certain to end in foreclosure. Nearly a quarter of the mortgages sold by Fannie and Freddie were for vacant and abandoned homes. Many borrowers have not made their payments for years, and some homeowners previously received a modification from another bank only to wind up in financial trouble again.

Of the 30,000 loans Goldman bought, the monitor’s report said, the bank had modified 7,800 mortgages and erased an average of $103,000 in debt owed on them. In some cases, the report said, Goldman has gotten repeat credits for “multiple modifications of the same loan.”

But the bank has also foreclosed on more than 10,000 of the delinquent mortgages, and has resold thousands of homes so far, at an average price of $170,000, according to Attom Data.

The bank said 27 percent of the loans had not yet been resolved, so Goldman could still modify more mortgages — or foreclose on more homes.

Investors in distressed mortgages often face little opposition when they take homeowners to court, but some of the legal proceedings have not been easy for Goldman.

Court filings show the bank has evicted dozens of renters in New Jersey and New York who were living in the homes that Goldman took title to after a foreclosure. The bank resolved some of the disputes by offering the renters “cash for keys” — money to move elsewhere.

More recently, Goldman has had to delay some foreclosures because of moratoriums put in place in response to the coronavirus pandemic.

In Mr. Daly’s case, the long time it takes to foreclose on a home in New Jersey allowed him to fend the bank off. He got help from Renee Cadmus, a lawyer with New Jersey Legal Services, who noticed Goldman had made a filing error and forced the bank to start again in 2018.

That bought Mr. Daly time, which he used to apply to the state’s foreclosure relief fund. He was one of the last to receive money before the program ended in 2018, and Goldman’s subsidiary dismissed the foreclosure action last summer.

Mr. Daly, who lives mainly on disability payments, said it was a grueling ordeal made harder by the death of his wife.

“It caused lots of stress,” he said.