Google plans to reopen some offices in July 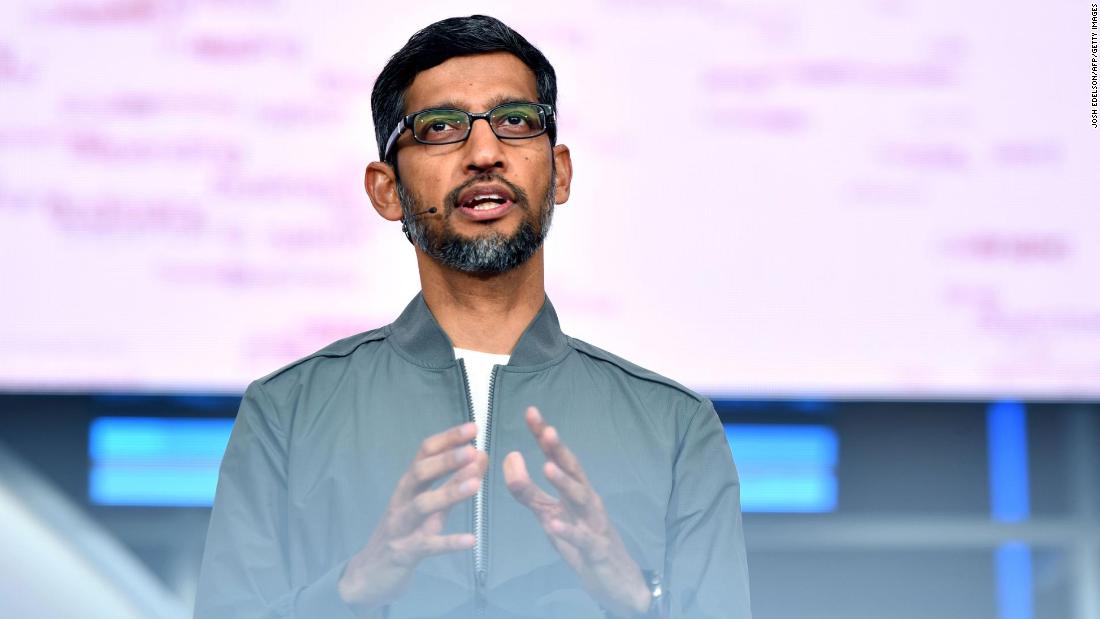 Google CEO Sundar Pichai told employees on Tuesday that the company plans to reopen “more buildings in more cities” starting July 6, but did not specify which. Employees at those locations will be able to return to the office, but each will be limited to about 10% building occupancy at first, with plans to grow to 30% capacity by September.

“We’ll have rigorous health and safety measures in place to ensure social distancing and sanitization guidelines are followed,” Pichai wrote in a blog post, “so the office will look and feel different than when you left. Our goal is to be fair in the way we allocate time in the office, while limiting the number of people who come in, consistent with safety protocols.”
The decision to start reopening Google (GOOG)‘s offices marks a contrast with Twitter (TWTR) and Facebook (FB), both of which have announced plans to support remote work on a permanent basis going forward. Coinbase, the cryptocurrency startup valued at $8 billion, also said last week that it will be a remote-first company following the pandemic.
Pichai’s note to employees highlights the radical changes large tech companies must now confront after years of pushing for sprawling campuses with lavish perks. Pichai hinted that returning workers can expect the “office will look and feel different than when you left.” Some experts have predicted a return to more personal, private working spaces, in a shift away from the open-plan offices popularized by Silicon Valley.

Like other large tech companies, Google has spent billions acquiring office space to support its surging headcount, including paying $2.4 billion to take over New York City’s Chelsea Market in 2018.

Google had previously said that those working from home due to the pandemic could continue to do so through the end of the year if they chose. Pichai reiterated that option on Tuesday, adding that workers would each receive a $1,000 allowance so that they may expense “equipment and office furniture” necessary for working from home.