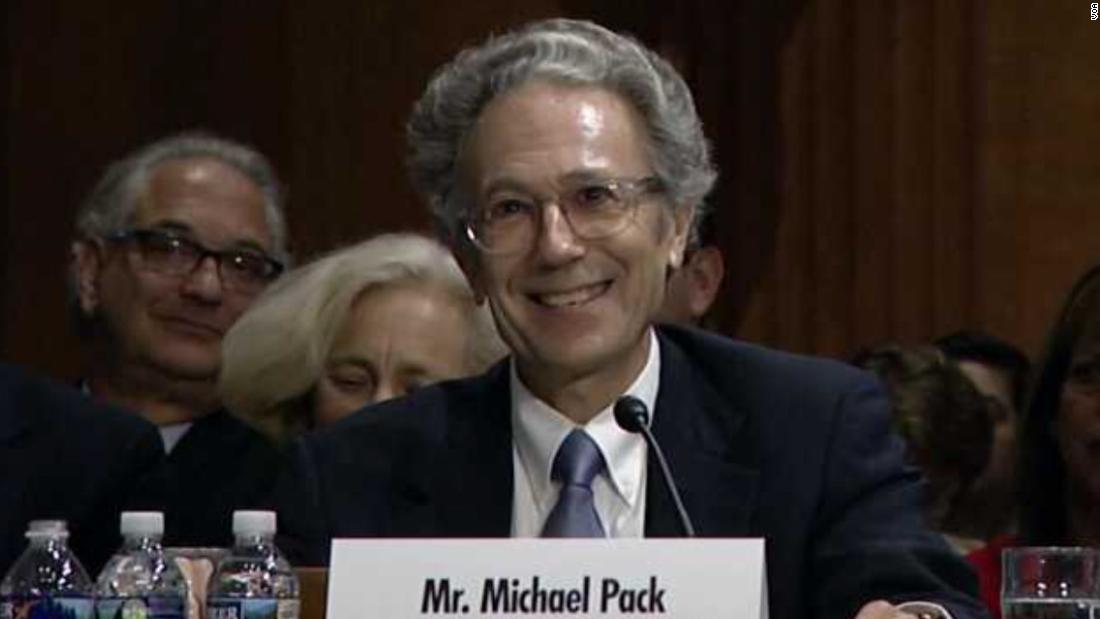 The senators issued a warning of sorts to the CEO, Michael Pack, who cleaned house at the agency after being confirmed by the Senate in June.

Senators Lindsey Graham of South Carolina, Marco Rubio of Florida and five other lawmakers expressed “deep concern” to Pack in a letter on Wednesday.

Pack’s agency, abbreviated as USAGM, manages Voice of America and other US government-funded media operations around the world. The outlets produce award-winning journalism that serves as a counterweight to foreign propaganda, and promote democratic values around the world.

Pack, who has a filmmaking background and connections to conservative heavyweights like Steve Bannon, said in an introductory memo to staffers in mid-June that he supports the agency’s mission “and the independence of our heroic journalists around the world.”

But his arrival was met with suspicion, especially in light of the President’s open hostility toward Voice of America.

And Pack’s first acts as CEO were met with outrage. The heads of several networks under USAGM, including Radio Free Europe/Radio Liberty, were fired, and the others resigned or were reassigned. Former NBC News president Steve Capus, who had been serving as a senior adviser, was also fired; Capus called it a “massacre” during an Aspen Institute discussion on Wednesday.

His big question is the same one shared by many others: “What is the direction that USAGM is going to go in?”
The overarching fear is that Pack will turn Voice of America and other networks into pro-Trump propaganda operations.

In recent days Pack has named acting leaders for the various networks and announced that Voice of America will feature “VOA Editorials” more prominently. The editorials have a long history of presenting the US government’s point of view — at this time, the Trump administration’s view.

The senators expressed alarm about the sudden firings in Wednesday’s letter.

“The termination of qualified, expert staff and network heads for no specific reason as well as the removal of their boards raises questions about the preservation of these entities and their ability to implement their statutory missions now and in the future,” the senators wrote. “These actions, which came without any consultation with Congress, let alone notification, raise serious questions about the future of the U.S. Agency for Global Media under your leadership.”

The other signees were Republicans Jerry Moran and Susan Collins, and Democrats Dick Durbin, Chris Van Hollen and Patrick Leahy.

“As the United States faces global challenges in the information space,” they wrote, “it cannot afford to invest in an enterprise that denigrates its own journalists and staff to the satisfaction of dictators and despots, nor can it be one that fails to live up to its promise of providing access to a free and independent press.”

The senators said the networks are set up to produce and promote credible journalism. “Given the bipartisan and bicameral concern with recent events, we intend to do a thorough review of USAGM’s funding to ensure that United States international broadcasting is not politicized and the agency is able to fully and effectively carry out its core mission,” the letter stated.