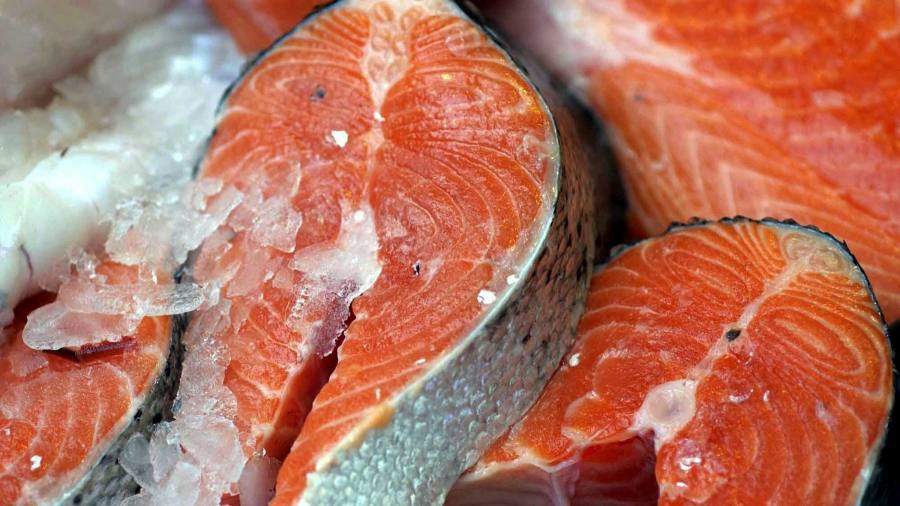 Norway’s Grieg Seafood has issued bonds worth NKr1bn ($105m) with an unusual condition: that the proceeds do not find their way to Cargill, the US grains trader that has been accused of failing to protect rainforests in the Amazon.

The salmon producer will use the money raised from the five-year bond to finance environmental projects including sustainable aquaculture and pollution control. But in a rare move to use capital markets to apply pressure on supply chains, the Bergen-based company said it would not buy from Cargill’s Aqua Nutrition subsidiary until its mother company had “significantly reduced” its “soy-related deforestation risk in Brazil”.

The bond, which was issued last month, carries a quarterly coupon of 3.4 percentage points over three-month interbank rates. Grieg said the Cargill exclusion was important for the bond to achieve a “medium green” rather than a “light green” score from Cicero, a rating firm. This was “very likely to have lowered the coupon”, said the company.

Cargill and other agricultural commodity groups can exert influence on environmental matters by being the main buyers of crops such as soyabeans and corn, but they have been attacked by some campaigners for not doing enough to stop the depletion of forests in countries such as Brazil.

In its report on the Grieg bond, Cicero noted that the US environmental group Mighty Earth last year described Minnesota-based Cargill as “the worst company in the world”. Nestlé, the Swiss food group, has stopped buying Brazilian soyabeans from Cargill, although it still purchases the commodity harvested in the US.

Cargill said it had mapped 100 per cent of its Brazilian supply chain and that almost 96 per cent of the Brazilian soyabeans it handles were grown on land that was deforestation- and conversion-free.

“We know there is work to be done — and we’re accelerating our efforts in this area, including a focus on innovative solutions that are economically viable for farmers,” the company told the Financial Times.

Green bond issuance has risen rapidly in recent years, climbing to $262bn worldwide in 2019, according to data from S&P Global. Green bonds remain among the most established in the broad environmental, social and governance category, typically allowing issuers to raise money that is ringfenced for specific projects.

Grieg said that outside of its green bond framework, it continued to purchase feed supplies from Cargill Aqua Nutrition, which uses only organic and sustainably certified soyabeans. The company added that although Cargill was giving out the right signals in its apparent commitment to stop deforestation, more needed to be done.

Matthew Piotrowski, senior analyst at consultancy and advocacy group Climate Advisers, said the Grieg bond “sends a strong signal to not just Cargill but to all the traders that trade soyabeans in [Brazil] that they could be cut off from their clients”.

Grieg has itself been criticised on ESG matters, with campaigners drawing attention to overcrowding and lice infestations on its farms.

The company said it was using its green-bond proceeds to fund improvements in such areas.

“We have challenges to solve both in our production and value chain and we are on a continuous journey of improvement,” it said.