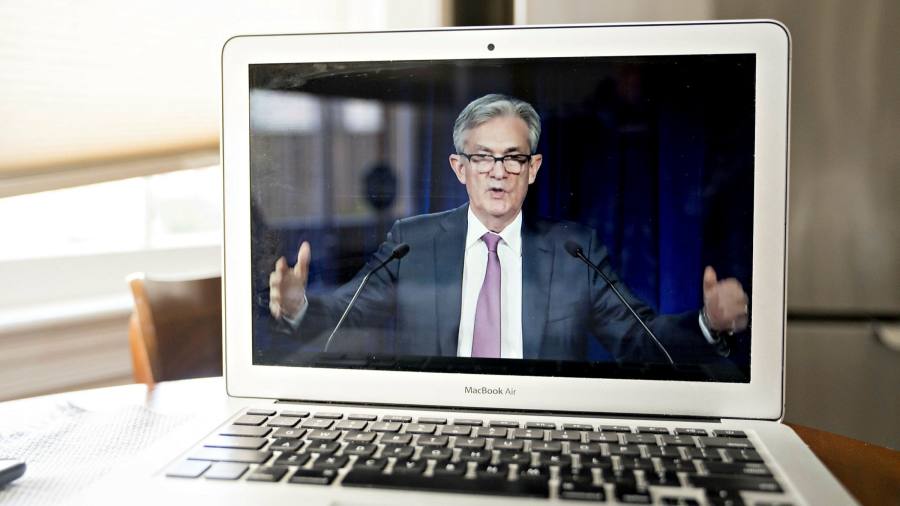 Jay Powell sent an unmistakable message to investors and the public on Wednesday: hopes for a quick economic rebound in the second half of the year risked being an illusion and the Federal Reserve was gearing up for a long fight against the effects of the coronavirus pandemic.

The Fed chairman’s dire assessment was first reflected in the statement, released after a two-day meeting of US monetary policymakers, which cited “considerable risks to the economic outlook over the medium term”.

But Mr Powell piled on further during the virtual press conference held immediately afterwards, laying out exactly what Fed officials meant by that.

Looking out over the “next year or so”, there was still huge uncertainty over whether the virus itself could be defeated, there was the risk of “damage to the productive capacity of the economy”, there was a “very negative” global dimension to the problem, and consumers would be cautious as they started spending again.

“The chances are that it won’t go right back to where we were,” he said.

Mr Powell came into the meeting having already deployed more of the Fed’s crisis-fighting arsenal over the past two months than was activated during the 2008 financial crisis, by slashing US interest rates back down to near zero, ramping up asset purchases and establishing new lending facilities to shore up distressed credit markets.

Even though the Fed’s actions largely helped to stabilise financial markets in recent weeks, there were still calls for the central bank to do more on Wednesday, including to make a more solid commitment to hold rates close to zero for a longer period of time.

While the Fed refrained from offering any additional guidance or new language on monetary policy, Mr Powell’s downbeat, dovish words appeared to offer sufficient reassurance that the Fed was in it for the long haul.

“They didn’t strengthen the guidance, the way a lot of people wanted, but in effect Powell made clear that the Fed would be accommodative for a really long time,” said David Wessel, director of the Hutchins Center on Fiscal and Monetary Policy at the Brookings Institution in Washington.

“You probably have at best a U-shaped recovery, where it picks up in the second half but will be very sluggish,” said Steven Friedman, senior macroeconomist at MacKay Shields, the investment company. “It’s a long tough slog.”

The gloomier picture explains why Mr Powell also pressed Congress and the White House not to take their foot off the pedal when it comes to fiscal stimulus.

The Trump administration and lawmakers from both parties have already approved more than $3tn in new spending and tax relief to help the US weather the pandemic, but negotiations for another package on Capitol Hill are moving more haltingly.

“It may well be the case that the economy will need more support from all of us if the recovery is to be a robust one ,” Mr Powell said, adding that deficit concerns should take a back seat for now.

Although the Fed is delving into the implementation of fiscal policy more than it has in the past, through a series of lending facilities that will buy debt from businesses and municipal authorities, it still has limits in terms of taking on credit risk that the US Treasury does not have.

Mr Powell said congressional action would be particularly important if targeted to avoid the “avoidable insolvency” of businesses caught in the crosshairs of the pandemic.

“This direct support can make a critical difference, not just in helping families and businesses in a time of need but also in limiting long-lasting damage to our economy,” he said.

In terms of the Fed’s own actions, Mr Powell said the central bank could expand the credit facilities it had already set up or establish new schemes. He dismissed any danger that demand for its facilities would be as overwhelming as it was for an aid programme for small business implemented by the Trump administration, which quickly ran out of an initial $350bn in funding, and had to be replenished with a further $310bn.

But as the Fed expands its delivery of credit to stricken parts of the US economy and markets, it risks entering trickier terrain from a political point of view, where some are eligible and helped while others are not. “The Fed is at huge political risk with these lending programmes,” said Mr Wessel. “Each has some boundary and there’s someone on the other side of it.”

On monetary policy, the Fed’s decision not to take any further action or provide new guidance may be shortlived if the economic prognosis were to worsen, even though it was backed by all 10 members of its Federal Open Market Committee on Wednesday. Mr Powell has ruled out negative rates, but the calls for stronger forward guidance are likely to grow louder.

“They achieved the near-term goals of getting liquidity back to the markets,” said Kathy Jones, chief fixed-income strategist at Charles Schwab. “At some point it might be necessary to be more explicit in their forward guidance to deliver more power around it.”

Mr Powell may feel he said enough about how dire the US economic situation has become within two months that no one will be expecting anything other than an extended period in the crisis-fighting trenches for the central bank.

“We’re going to not be in any hurry to withdraw these measures or to lift off,” he said.

Robert Tipp, head of global bonds for PGIM Fixed Income, said the Fed had acknowledged the “high-risk situation” facing the economy. “It’s all hands on deck until this is over,” he said.