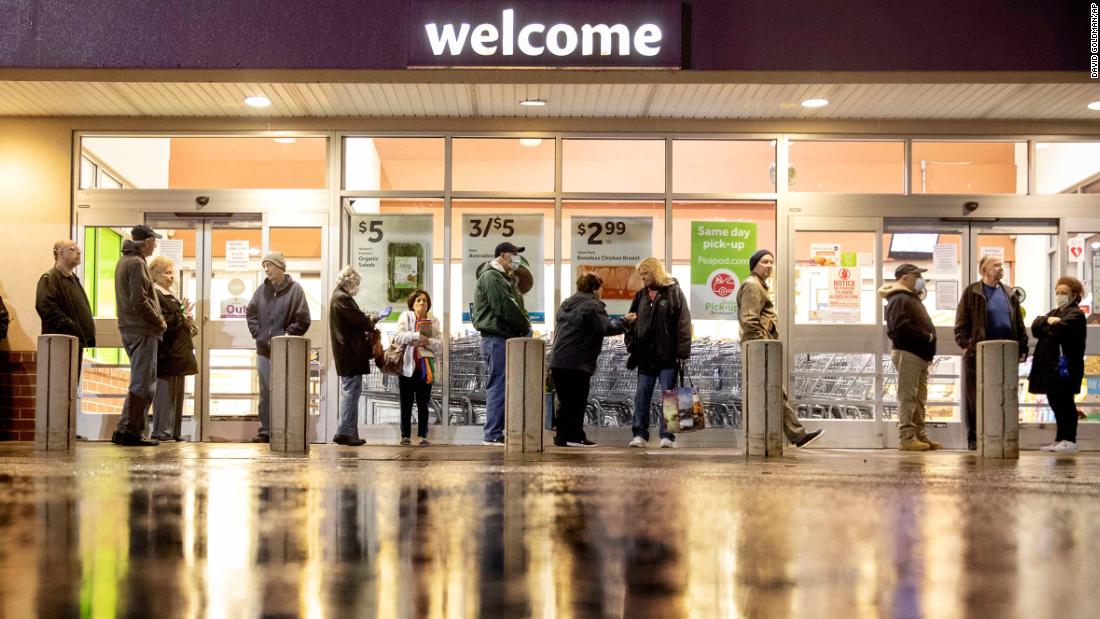 While stores are notoriously crowded during the run-up to a hurricane or holidays like Thanksgiving, Black Friday and Christmas, panic buying from coronavirus has led to empty shelves and snaking lines at supermarkets across the country. There have been scattered reports of fights breaking out in wine and toilet paper aisles.

“This is a natural reaction to some of the panic and frenzy we have been seeing,” said David Levenberg, president of Center Security Services, a retail security consulting firm. “Supplies are limited and the more people think they need to hoard toilet paper, the more likely it is that things will get out of control.”

“There needs to be some organization and a physical deterrent to aggressive behavior at these stores,” Levenberg said.

ShopRite, Stop & Shop and Kroger (KR) are three major chains beefing up their security, according to the companies. Kroger has increased its off-duty police and uniformed presence in Columbus, Ohio, said a spokesperson for the city police department.
Walmart (WMT)is using a mix of off-duty law enforcement and third-party security, a spokesperson said. “The big difference is that everything is at a much broader scale because it’s all happening nationally.”

Some ShopRite stores are adding private security guards to help with crowd control or paying local police departments to direct traffic in crowded parking lots, according to a spokesperson.

Stop & Shop is adjusting its security to cover early morning hours for customers over the age of 60 and shoppers with weakened immune systems.

“Additional security guards have been added to a select number of stores that are seeing increased traffic,” said Jennifer Brogan, a spokesperson for Stop & Shop.

Some police departments around the country are stationing more cops in grocery stores as well.

“In addition to routine patrol, officers are also being directed to conduct additional patrols at schools, supermarkets, and hospitals to ensure the safety of everyone present at those locations,” said a spokesperson for the New York Police Department.

Clark County, Ohio, Sheriff Deborah Burchett said on Facebook that there will be a deputy officer posted at every grocery store in the county. Deputies, some of whom will be in uniformed and some undercover, will also be on site for early morning elderly shopping hours.

“So anyone that wants to prey on the elderly or those at risk [may] want to think twice,” she said.