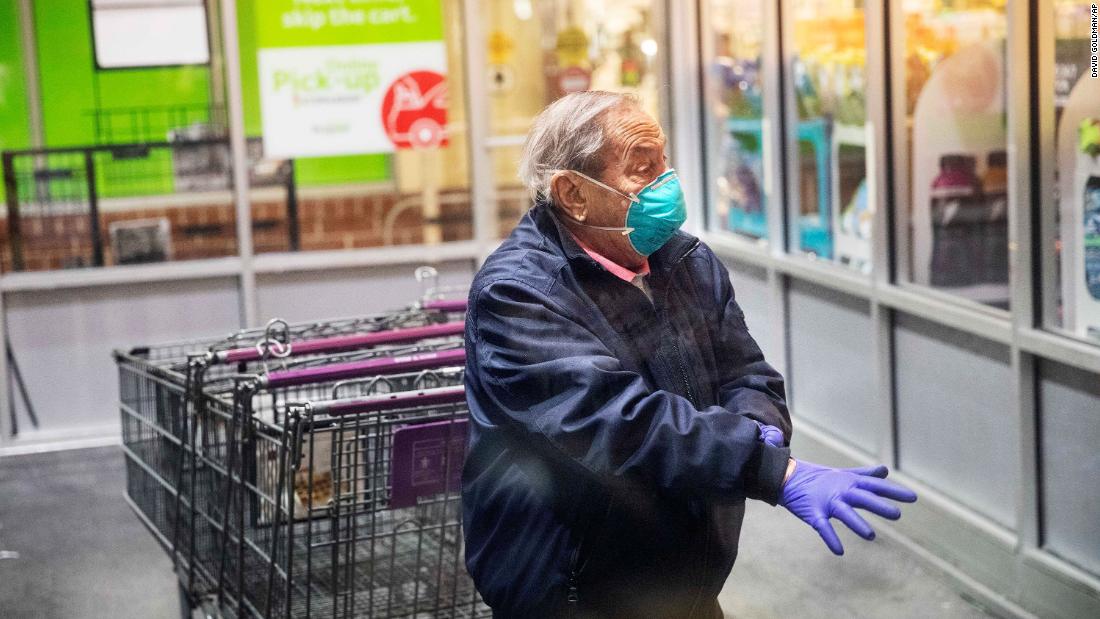 People over the age of 60 and immuno-deficient individuals are at higher risk of dying from the highly contagious COVID-19 than young and healthy members of the general population, according to the Centers for Disease Control and Prevention.

These individuals may be more vulnerable than others while grocery shopping. Stores around the country have been flooded with frantic shoppers buying toilet paper, non-perishable goods and other household items in recent weeks.

In response, major retailers have begun carving out time for those more vulnerable to the virus to buy food and supplies without having to worry about large crowds.

On Thursday, Publix became one of the latest major grocery store to announce special hours for senior citizens. Publix customers who are 65 and older can shop at store locations nationwide on Tuesdays and Wednesdays from 7 am to 8 am beginning next week. Publix’s pharmacy will open for seniors at 7 am on Tuesdays and Wednesdays, the company said in a written statement.

Giant Food is giving people over the age of 60 and individuals with critical health issues other than coronavirus an hour to shop from 6 am to 7 am beginning on Friday, according to a statement on the company’s website.

Walmart, the nation’s largest grocery store chain, said it will run hour-long senior shopping for people aged 60 and older one hour before its stores are scheduled to open each day beginning on March 24 and ending on April 28.

The company recently adjusted its operating hours to 7 am to 8:30 pm nationwide to allow its employees more time to restock shelves and sanitize stores in accordance with recommended guidelines from the CDC.

Walmart stores that open later than 7 am “will continue their regular starting hours,” the company said in a statement released yesterday.

“We know our older customers could be more vulnerable to the coronavirus,” the company said. “We are paying very close attention to our stores and communities and will continue making the necessary changes to help make sure our associates are taken care of and that our customers can get what they need.”

Stop & Shop is now giving customers vulnerable to coronavirus 90 exclusive minutes to buy groceries from 6 am to 7:30 am.

“These hours are to help our more vulnerable customers shop in a less crowded environment, if they prefer,” the Ahold Delhaize-owned company said in a statement on Wednesday. “We plan to make these hours available EVERY day during this period, so it’s not necessary for everyone to come on the first day.”

At Target (TGT), seniors and people with health issues will be allowed to shop an hour before the stores open on Wednesday mornings, according to a statement released Tuesday.
Whole Foods also announced special hours for seniors on Tuesday. The Amazon-owned grocery chain’s stores in the U.S. and Canada now serve customers 60 and older an hour before opening for the general public.

Dollar General stores across the country started offering “senior hour” on Tuesday. In a Monday statement, Dollar General CEO Todd Vasos his company’s stores will dedicate the first hour of each day to seniors looking to shop.

“We appreciate our customers’ understanding of our decision and request they visit our stores later in the morning to allow at-risk populations the ability to purchase the items they need at affordable prices,” Vasos said.

Food Lion declined to comment on whether it will set aside special times for those more vulnerable to coronavirus to shop.

“At this time, our stores are open to all customers during our normal hours of operation,” a Food Lion spokesperson said in an emailed statement.

Costco and Trader Joe’s did not immediately respond to requests for comment.