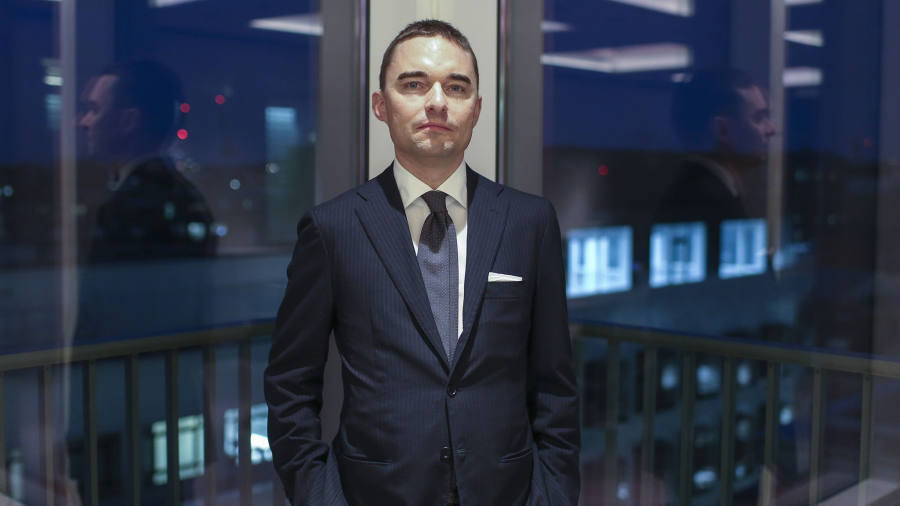 H2O Asset Management’s auditor has flagged that the firm broke rules governing open-ended funds by engaging in large trades with a small brokerage linked to the controversial financier Lars Windhorst.

The London-based investment firm, a subsidiary of French bank Natixis, saw clients withdraw €8bn from its funds last summer after the Financial Times detailed the scale of its illiquid bond holdings linked to the German entrepreneur.

While H2O met all of these redemptions and its chief executive Bruno Crastes vowed to never halt withdrawals, some of its funds blew through limits on counterparty risk when dealing with the fallout. This breached French rules implementing Ucits, an EU-wide framework that, among other things, allows retail investors to withdraw money from funds on a daily basis.

KPMG flagged more rule breaches relating to one of H2O’s funds known as Adagio, with €4.7bn in assets, in an audit letter signed last month. One of these violations related to “transactions with a single counterparty” equivalent to 6.84 per cent of the fund’s net assets, breaching a legal cap of 5 per cent.

H2O disclosed elsewhere in the fund’s annual report, which covers the year ending September 30, that this counterparty was Shard Capital, a small London brokerage whose founder James Lewis has had a close working relationship with Mr Windhorst.

The transactions were “buy and sell back” trades involving bonds linked to Mr Windhorst, according to the report. H2O disclosed that Adagio had €314m of these reverse repo trades with Shard outstanding at the end of September, classing them as “efficient portfolio management techniques”.

Separately, KPMG flagged that a position in a series of bonds called Chain Finance breached Ucits limits on ownership. Mr Windhorst raised this €500m bond in 2017, when he was looking to settle a lawsuit linked to the former energy minister of Russia and fighting to regain ownership of his main investment company.

“It is disconcerting in our view that such irregularities were still occurring some three months after the illiquid Windhorst debt exposures first came to light,” said Matthew Clark, an equity analyst at Mediobanca, who has an “underperform” rating on the shares of H2O’s parent Natixis.

A spokesperson for H2O said that the breaches have since been fixed and that “all counterparty risks are duly complied with”. The spokesperson added that the firm had disposed of some Chain Finance bonds in December.

An FT investigation in November revealed that Shard Capital seems to have played a particularly important role in keeping Mr Windhorst’s interests alive.

The broker was frequently involved in so-called repurchase agreements on stocks and bonds orchestrated by the German financier, where securities were sold with an agreement to buy them back later. Many of these “repo” trades caused problems, resulting in the broker being dragged into disputes and litigation.

Shard did not respond to requests for comment. H2O said it “transacts with counterparties that are duly registered by regulators and approved by the company’s risk committee”.

This is the first time H2O has publicly disclosed trading activity with Shard, a small firm based on the 23rd floor of 20 Fenchurch Street, London’s “Walkie Talkie” building.

“H2O may not divulgate [sic] the names of the counterparties we are dealing with on specific trades,” the spokesperson said. “Doing so could endanger our clients’ interests. However, the exhaustive list of our counterparties is made available to our clients.”

The asset manager first disclosed in November that it engages in reverse repo transactions on bonds linked to Mr Windhorst. However, details of these transactions were initially missing from the English-language version of the accounts.

H2O’s spokesperson said the “legally binding version [of its annual report] is the French-language version”.

“A third-party omitted to include the paragraph in question into the English-language translation of their part,” the spokesperson said. “This error has subsequently been corrected.”