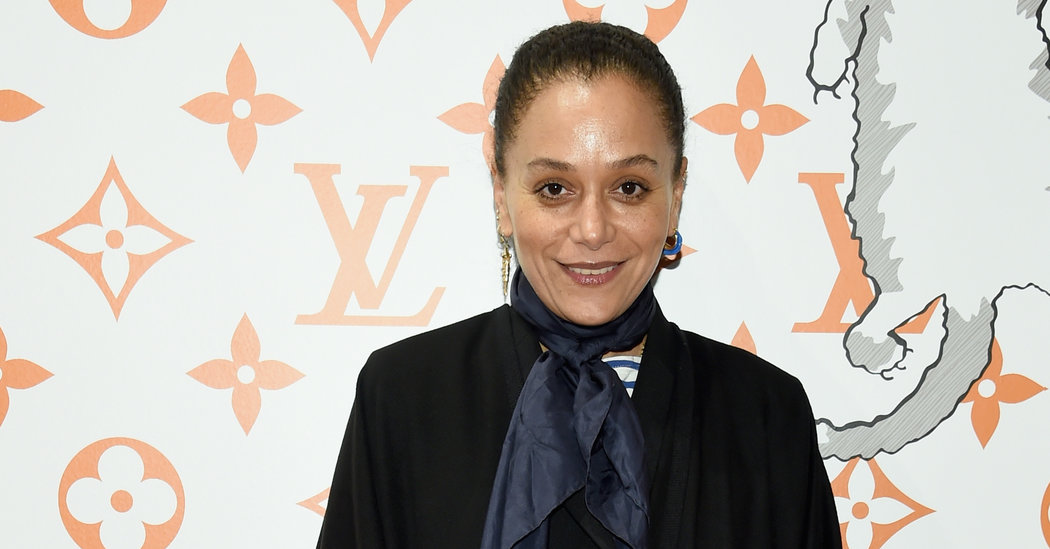 Hearst Magazines named Samira Nasr as the next editor of the U.S. edition of Harper’s Bazaar on Tuesday, the first time that a woman of color will hold the top job at the 153-year-old fashion publication.

Ms. Nasr, who will start on July 6, previously worked as the fashion director of the Condé Nast magazine Vanity Fair, where she oversaw the magazine’s presentation of celebrities including Renee Zellweger, Jennifer Lopez and Eddie Murphy for the annual Hollywood issue.

In a video message on the Harpersbazaarus Instagram account, Ms. Nasr spoke of running an inclusive publication and expressed support for the Black Lives Matter movement.

“As the proud daughter of a Lebanese father and Trinidadian mother, my worldview is expansive and is anchored in the belief that representation matters,” she said. “My lens by nature is colorful and so it is important to me to begin a new chapter in Bazaar’s history by shining a light on all individuals who I believe are the inspiring voices of our time.

“I will work to give all voices a platform to tell stories that would never have been told,” she added.

Ms. Nasr also offered a message to the those taking part in the worldwide protests prompted by the killing last month of George Floyd, a black man who died after being pinned to the ground by a white police officer in Minneapolis.

“I see you, I thank you, and I hope we can join forces to amplify the message of equality, because Black Lives Matter,” she said.

Ms. Nasr succeeds Glenda Bailey, the anti-elitist editor who stepped down in February after nearly two decades. Ms. Bailey was credited with making the glossy — defined by its boundary-pushing photography in the 1950s and ’60s — into something more accessible to readers in the age of the Instagram influencer, when fashion magazines have lost some of their old power to declare what is in and what is out.

Ms. Nasr’s appointment followed a number of editorial changes in the top ranks of Hearst Magazines under Troy Young, who became the company’s president in 2018 after leading its digital division.

“Samira’s important voice will continue to evolve the brand’s distinct position as a style touchstone for fashion’s most discerning,” Mr. Young said in a statement.

Before her time at Vanity Fair, Ms. Nasr oversaw fashion at Elle, a Hearst publication, and InStyle. She also worked on campaigns for fashion, luxury and beauty brands including Tory Burch, Laura Mercier and Tiffany & Company.

The New York Post earlier reported Ms. Nasr’s appointment, which comes at a moment of upheaval in the media industry. Journalists, frustrated by some of the coverage of the protests after Mr. Lloyd’s killing, have been emboldened to question issues of systemic racism and bias in their own institutions. The executive editor of The Philadelphia Inquirer and the editor of The New York Times’s opinion section resigned in recent days after staff protests.

Condé Nast lost Ms. Nasr to one of its main rivals one day after Adam Rapoport, the longtime top editor of the Condé Nast food magazine Bon Appétit, resigned under pressure because of a photograph that appeared online showing him dressed in a costume derogatory to Puerto Ricans.

On the same day, Christene Barberich, the top editor of the women’s lifestyle site Refinery29, stepped down after former employees posted descriptions on social media of a workplace culture that discriminated against black women and other women of color.

A spokeswoman for Harper’s Bazaar said Ms. Nasr was not available for interviews. In her Instagram video, she described her approach to fashion. “Great style is about more than the way we wear our clothes,” she said. “It is also how we see and occupy space in the world around us.”