Health care spending has actually plunged in the middle of the pandemic. Here’s why 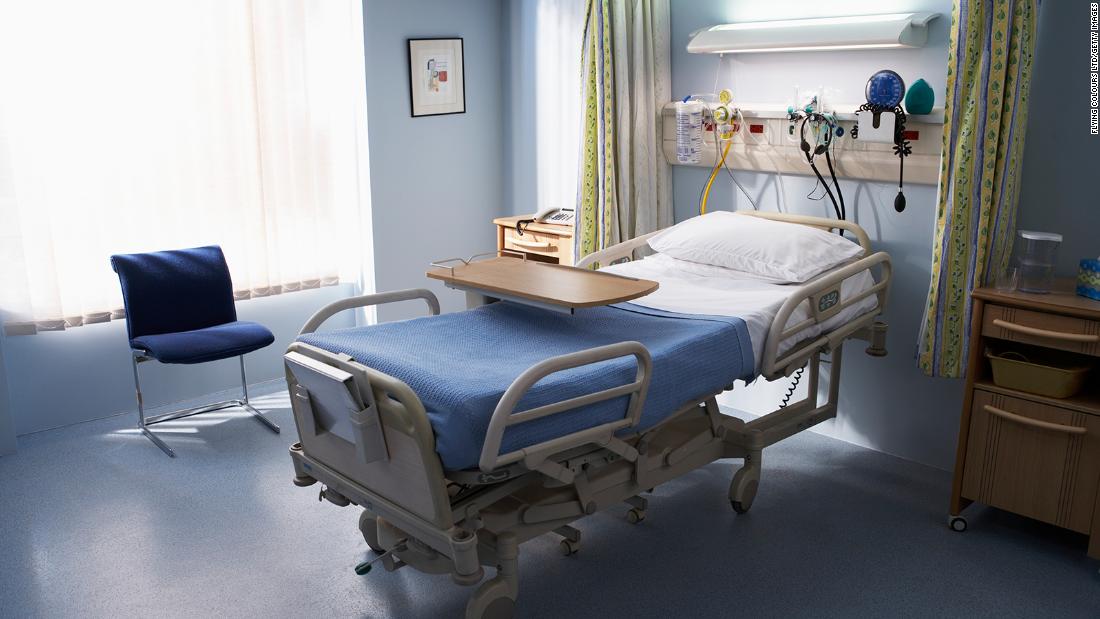 The pandemic has upended the conventional wisdom that the health care sector is largely immune from recessions. In fact, nearly half the decline in overall US economic activity in the first quarter can be attributed to health care, as states required hospitals to postpone elective procedures and patients avoided visits to doctors and dentists.

Health care spending plummeted at an annualized rate of 18% in the first three months of the year, helping drive an annualized 4.8% drop in first-quarter GDP, the worst performance since the Great Recession.

“It’s a strange reality that in the midst of a pandemic, we have a healthcare-led recession,” tweeted Justin Wolfers, an economics professor at the University of Michigan.
Also halted is the industry’s long record of robust hiring. Private-sector health care employment last month fell by nearly a million positions, or nearly 5%, according to the ADP National Employment Report released Wednesday. It was the first monthly drop for the health care industry since the survey began in 2002, and the plunge ended its standing as the only one to continuously add jobs, even during the Great Recession and its aftermath.

The US Bureau of Labor Statistics jobs report, which will be released Friday, is also expected to show a second month of major layoffs of health care workers. The field shed 43,000 positions in March, with big declines coming at dentists’ and physicians’ offices.

The curtailment of elective procedures and outpatient visits, combined with increased expenses to deal with the coronavirus, has wreaked havoc on hospital finances. Health systems are projected to sustain more than $202 billion in losses between March 1 and June 30, according to a report released Tuesday by the American Hospital Association.

More than 230 hospitals have furloughed workers, according to Becker’s Hospital Review. Among them: Henry Ford Health System in Michigan, which last month furloughed about 2,800 employees who were not directly involved in patient care. The six-hospital system suffered a $43 million loss in March and expects to be hit even harder in April and May, even though it has started to resume some time-sensitive elective procedures.

Aware of the virus’ impact, Congress allocated $175 billion in its relief packages to hospitals and other health care providers to offset added expenses and lost revenue. The industry association, however, says even more is needed.

LCMC Health, a five-hospital system in New Orleans that was hit hard by the outbreak, has received some federal relief money — which wasn’t insignificant, but is only a fraction of what LCMC is projected to lose, said CEO Greg Feirn. It expects to get additional funds as the Department of Health and Human Services continues to distribute the aid.

The system estimates revenue will be down close to 20%, or about $40 million, for April. At the outbreak’s peak on April 1, 60% of LCMC’s beds were filled with coronavirus patients, who required more resources and staffing. The number of elective surgeries fell by nearly half, with only emergency operations taking place, and clinic visits dropped more than a quarter.

Although LCMC was allowed to resume some time-sensitive elective procedures in late April, it’s been fairly slow this week, Feirn said. In-patient volume remains down more than 7%, and outpatient business has yet to ramp back up.

“Part of that is this notion that patients are afraid to use hospitals,” said Feirn, who doesn’t think the system will get back to its pre-coronavirus level of activity until the fall or maybe later.

Doctors’ offices are also suffering. Visits declined nearly 60% in mid-March and remained low through mid-April, according to a recent study by researchers at Harvard University and Phreesia, a health care technology company. Some specialties, including ophthalmology and dermatology, saw drops of more than 70%.

While nearly 30% of visits at these practices are now provided via telemedicine, the shift only partially offset the decrease in in-person care, the study found.

This reduction has led physician offices to shed staff, cut pay and even consider closing their doors.

Dr. Rene Bravo, a pediatrician, typically sees around 30 children a day at his four-doctor practice in San Luis Obispo, California. But that fell by a third, and his business overall was down up to 50% during the pandemic. That forced him to cut office hours by 20%, which reduced the pay of the medical providers and administrative staff. Two employees took voluntary furloughs for a few weeks.

Though he was concerned about the future last month, he is less so now because patients are starting to return. This week, Bravo’s office resumed normal hours.

However, because it typically takes a few months to be paid for visits, he expects that he — and other practitioners — will have a lean summer. He has applied for federal aid through the Paycheck Protection Program.

“You don’t see it right away,” said Bravo, who will have to reduce his expenses, though he’s not sure how yet. “The decreased reimbursements and the real crisis are right around the corner.”

In California, practice revenue has declined by 64%, on average, since March 1, according to a recent report from the California Medical Association. About half of physician offices have had to lay off or furlough doctors or staff, while 65% have reduced hours.

Just what happens to hospitals and physician practices depends in part on how long the joint health care and financial crises last.

“What Covid-19 has done is decimate the health care sector, not turbocharge it,” said David Cutler, an economics professor at Harvard and co-author of the office visits’ study.