Helping the Environment, One Small Sensor at a Time 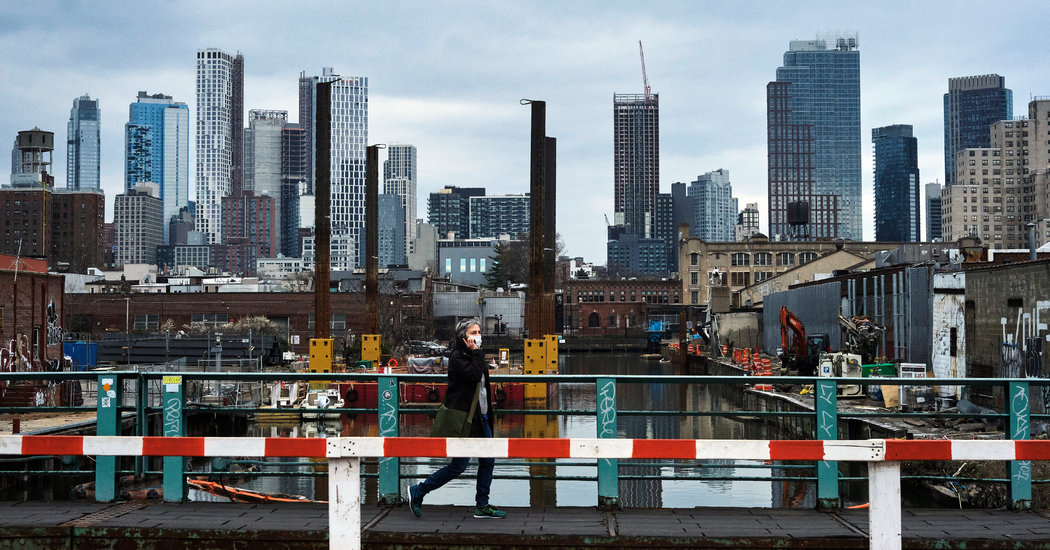 For those working to mitigate climate change — whether globally or hyper-locally — the coronavirus pandemic has raised existential questions. Will the environment still be considered critically important so that philanthropic and venture funding continue to be plentiful?

Several New York City nonprofit organizations, relying on cloud-based technology, are hoping to show that their efforts can, at a relatively modest cost, improve local water and air quality. The Gowanus Canal Conservancy in Brooklyn, the Van Cortlandt Park Alliance in the Bronx and the Hudson Square Business Improvement District in Lower Manhattan are in different stages of piloting a cloud-based service offered by Temboo, itself a TriBeCa-based technology start-up that captures data from sensors to help monitor a range of metrics in environmental and manufacturing sectors.

Temboo does not manufacture the sensors; those come from National Control Devices, an electronics manufacturer based in Osceola, Mo. Instead, it provides a cloud-based platform, known as Kosmos, to capture data they generate. It is what is known as a no-code approach that allows clients to use questions and answers — not unlike TurboTax — to create a system to collect data from sensors.

While Temboo’s corporate clients have subscribed to the platform for uses like monitoring manufacturing temperatures, its employees and the chief executive, Trisala Chandaria, have become increasingly interested in how their company could have an environmental impact.

Some of its earliest customers were already doing environmental monitoring with the Kosmos platform for uses such as tracking “soil moisture levels to control irrigation systems more efficiently or setting up temperature and humidity loggers at outdoor sites,” said Ms. Chandaria, who is also a co-founder of the company. More environmental sensors appeared on the market, signaling a growing demand. “As a team,” she said, “we decided to make a focused push into what we’re calling the ‘environmental engagement’ space,” to measure air, water and soil quality.

The goal is to incorporate the sensors as part of a green infrastructure, the use of plants and soil for pollution control in urban centers. It is not a new concept; the Clean Water Act recognized the practice almost 50 years ago. But even as pollution mitigation techniques have become more sophisticated in the intervening years, organic solutions, like plantings, still matter. Tree beds, for example, can still effectively “soak up storm water that flows off the streets or the sidewalk, which is often contaminated from cars and buses,” said Andrea Parker, the executive director of the Gowanus Canal Conservancy. “The soil acts like a filter. It’s a very effective way of treating that contamination.”

Temboo made its first venture into working with nonprofits by attending conferences and cold-calling.

At one gathering, the staff met with representatives of the Gowanus conservancy. The group then purchased sensors to monitor six trees’ absorption of polluted rainwater before it could seep into the canal, which has been polluted since the 1800s and is a Superfund site. The small trial, covering the trees on a single block abutting the canal, began last fall. A handful of volunteers oversee moisture levels at individual trees, while one volunteer in the neighborhood hosts the so-called gateway device, which receives the sensors’ readings and then transmits them to Temboo’s platform using Wi-Fi. The trial confirmed that “stewardship of the trees appears to improve storm-water retention,” said Amy Motzny, the conservancy’s watershed manager.

Even before the preliminary results were in, staff of the Hudson Square district learned of the technology from the Brooklyn organization at the New York City Urban Forest Task Force organized by the Nature Conservancy. The Hudson Square group, devoted to an area west of SoHo, plans to use the sensors with trees to monitor storm water and other concerns like ambient temperature.

“We had landscape architects who hypothesized that the 250 existing trees capture 12 Olympic-sized pools of storm water annually, could lower temperatures on the blocks where the trees are planted by up to 5 degrees and capture the carbon-dioxide emissions generated by 35 round trips by plane to Los Angeles,” said Ellen Baer, president and chief executive of the Hudson Square Business Improvement District. Those estimates are just that, and Ms. Baer said installing sensors in new trees set to be planted this year would help quantify these figures.

Temboo sought out the Van Cortlandt alliance, an organization focusing on the park of the same name in the Bronx. John Butler, an ecological project manager, was intrigued; he thought that the sensors could help measure debris and emissions flowing from nearby roads into the park. The alliance was already monitoring water quality in the park’s namesake lake as well as Tibbetts Brook, which runs through the park, the city’s third largest, but he now plans to install sensors in the underground pipes that carry the tainted water as well.

“With only a small staff, we can’t collect the data during a storm, but with sensors it could be amazing,” Mr. Butler said. “We would use this data to show that we need to make changes to these pipes and why we need to install green infrastructure so the polluted water can be captured before it flows into the lake.” While the organization has not determined a solution, one possibility, he said, was to “daylight” the brook to bring it to the surface, rather than divert it through the old pipes, and create a new wetland to absorb the water before it can pollute.

The coronavirus outbreak may delay the planting of new trees in Hudson Square as well as installing the sensors there and in Van Cortlandt Park. But the pandemic has also caused Temboo to “have the conversation about what can we learn,” Ms. Chandaria said.

“We’ve designed our systems for efficiency rather than resiliency,” she continued. “We’ve had to decide if we should reprioritize the features we will roll out. We realize it will be hard to deploy sensors during this time of social distancing, so we have to adapt to prioritize features that are less dependent on the sensors. Some features have come from volunteers — like photos and notes — but on our own road map, how do we include public data so it supplements what’s being measured?”

She added, as an example, that the Environmental Protection Agency measured a range of indicators and that “we’ve started looking at their health data to see if we can relate it to our data.” New data can enter their Kosmos platform, she said, so that “people can mix and match data with public data streams.”

“We had planned on introducing this ability later on in the year, but because of the crisis we are front-loading it.”

Ms. Chandaria is also mulling over how sensors could become a revenue source for the nonprofits — in essence making them more sustainable. If, for example, local volunteers monitor the data and take responsibility for inspecting and watering trees as necessary, as is done in Gowanus, could the nonprofit get grants or even municipal funding to provide services that city governments cannot?

If the Gowanus pilot is any indication, it should not be difficult to enlist more local residents. According to Ms. Parker, “two volunteers are in the tech industry, and they’re excited about the interface with technology and are enjoying the livestream of data.” And, she added, “they also make decisions of their own stewardship such as whether they need to water the trees to help the infiltration rate.”