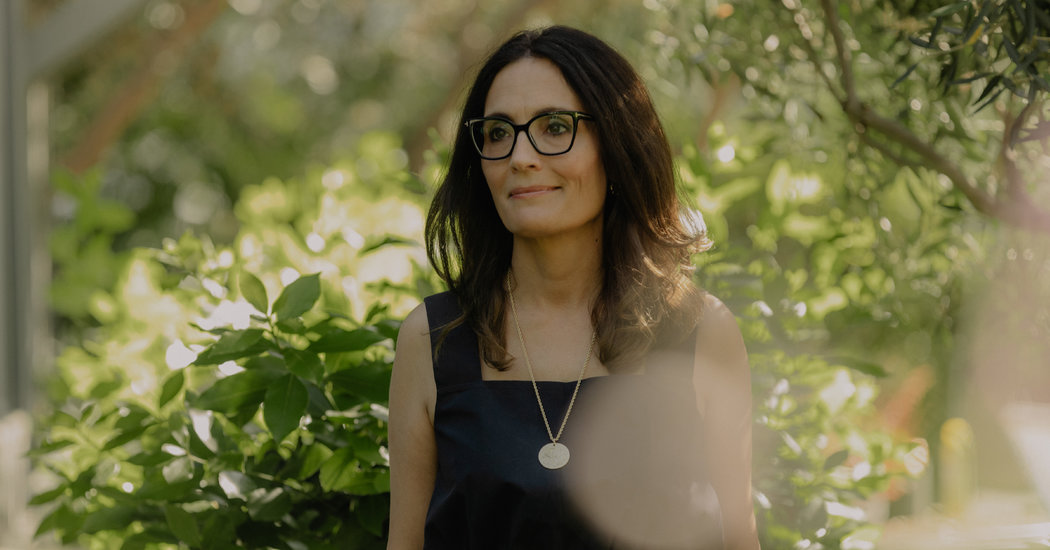 LOS ANGELES — The coronavirus pandemic complicated what may have been the most crucial weeks of Sarah Aubrey’s Hollywood career. As the head of original programming at HBO Max, the streaming platform that went live on Wednesday, she has the power to say yes to shows and films that will be seen by millions. But she has also had to contend with 30 productions that were shut down and three homebound children, ages 6, 10 and 17.

In the week leading up to the launch of an ambitious on-demand video service built to challenge Netflix, Aubrey made sure the children had their breakfasts and were ready for school, via Zoom, by 9 a.m. Then she got back to work, checking in with showrunners and filmmakers like Steven Soderbergh.

His first film for the platform, “Let Them All Talk,” starring Meryl Streep, will be ready later this year. He may also be the first HBO Max filmmaker to restart production. To Aubrey, his decades behind the camera make him the perfect candidate. And it doesn’t hurt that he was the director of “Contagion,” the 2011 film that now seems oddly prescient.

“I think it would be borderline malpractice to send someone who is not an experienced hand onto a set right now,” Aubrey said during an interview at her Los Angeles home. “You need your 10,000 hours to manage this kind of situation.”

And Aubrey would know, for the producer-turned-studio executive earned her own 10,000 hours producing films and television shows for over a decade before transitioning to the corporate suite.

Dressed in a salmon jumpsuit, metallic Birkenstocks and white socks, she looked more like a bohemian denizen of her Studio City neighborhood than a powerful executive. Even at the pandemic-appropriate distance of six feet, the charm on her necklace was not hard to see: “1973,” the year of the landmark Supreme Court decision in Roe v. Wade.

“It often elicits interesting conversations,” Aubrey said. “Plus, it’s an easier way to talk about feminism without me having to wear my ‘Feminist AF’ T-shirt.”

Aubrey is the highest-ranking woman at HBO Max. She works under Kevin Reilly, the head of content, Robert Greenblatt, the head of entertainment, and Jason Kilar, the division’s recently named chief executive.

A main order of business for AT&T, after its purchase of Time Warner for $85.4 billion, was the creation of a major digital platform that would unite all the disparate units of Warner Media: Warner Bros, HBO, Cartoon Network, CNN and TNT, among others, in one service. The company plans to invest more than $4 billion in HBO Max, which has arrived late to the streaming party at a cost of $15 a month, a higher price than Netflix, Disney Plus, Apple TV Plus and Hulu.

Aubrey, 48, said she sees her role as an opportunity to build a team that can help move the company into the future. “I have some kick-ass, adult, really ambitious, kind people who work for me,” she said. “And it’s like 80-percent female.”

She considers herself fortunate to be in digital media at this moment.

“This is a once-in-a-career opportunity, to be on the ground floor of something like this,” Aubrey said. “It’s not only streaming — which is where everyone wants to be — but I know everyone inside this company. There is jet fuel sitting here.”

Programs that have received the green light on her watch include “Love Life,” an unapologetic rom-com series starring Anna Kendrick, and “Legendary,” a competition show set in the underground ballroom scene. The first film she commissioned, “Tokyo Vice,” from the director Michael Mann and starring Ansel Elgort, was shut down after five days of shooting in Japan because of the virus. Aubrey thinks it, too, has a chance to start up again soon.

All of this will be part of the 10,000 hour of programming available on the platform once it reaches maturity. Vintage Warner Bros. sitcoms like “Friends” and “The Big Bang Theory” will sit alongside Warner Bros. films including the eight Harry Potter movies and DC Comics blockbusters featuring Batman, Superman and Wonder Woman. It will also have the so-called Snyder Cut of “Justice League,” a re-edited and expanded version of the 2017 superhero film whose original director, Zack Snyder, had to abandon during production because of a family tragedy.

Aubrey entered the entertainment business through the side-door of entertainment law, having worked as an associate at the Los Angeles law firm Greenberg Glusker.

“I probably thought that, as an entertainment lawyer, I could give script notes,” she said. “I didn’t know how anything worked and I was constantly trying to figure out how to get in.”

She grew up in Austin, Tex. Her father was an entrepreneur. Her mother was a homemaker who became an executive director of Planned Parenthood. “It was not unusual for my mother to have a rubber educational replica of a uterus in her purse,” Aubrey said.

“The Love Boat,” “Fantasy Island” and “Laverne & Shirley” were formative. She was also a serious moviegoer, the kind who bought tickets early to make sure she would get good seats and not miss the previews. She recalled sobbing through “Terms of Endearment” and shaking with fear while watching “A Nightmare on Elm Street.” “Tootsie” gave her a glimpse of the entertainment business, with backstage scenes that showed how soap operas were made.

“I loved this weird, early, very feminist tale, where a man dressed as a woman goes into a workplace and starts standing up for the other women,” she said.

During her time as an entertainment lawyer, Aubrey met a high school friend’s husband, John Cameron, a producer who had worked on “Fargo,” “O, Brother, Where Art Thou?” and other films by Joel and Ethan Coen. She sent along a promising script by a writing duo she had stumbled upon, John Requa and Glenn Ficarra; nine months later she had quit the law and was on the set of “Bad Santa,” the 2003 comedy written by Requa and Ficarra that had the Coen brothers as executive producers.

She worked again with Cameron and the filmmaker Peter Berg on “Friday Night Lights,” both the Universal film version and the long-running NBC television series, as well as the 2007 action movie “The Kingdom.” With Berg, all told, she was a producer of seven movies, four television series and three documentary series.

“She’s very scrappy,” Berg said. “She’s very well educated but she’s not elitist. She really knows how to roll up her sleeves and climb into the complexities of movie making.”

Berg recalled a moment in Abu Dhabi when Aubrey showed her skills as a producer during the making of “The Kingdom.” It happened at a time when he had been putting off writing a quick scene that needed to be shot in the coming days. Aubrey paid a midnight visit to his hotel room. She locked the door and implored him to get to work. After he refused, she picked up a pineapple and threw it at his head, just missing her target. When she grabbed another pineapple, he reconsidered.

“She stood over me, with a pineapple raised over my head, while I sat at a desk,” Berg said. “I got out a pen, a paper, and wrote out the scene. She picked it up, she read it. She read it one more time. Then said, ‘OK, this will do.’ And she walked out of the room.”

In 2015, Reilly, who had worked with Aubrey when he was an executive at NBC, recruited her to join him at Turner Broadcasting. He put her in charge of original programming at the TNT cable network, which became an AT&T property in the Time Warner deal.

Aubrey has yet to throw any fruit during her tenure at HBO Max. But she said the pressure was intense in the days before it was ready to go.

“We’ve got to launch this baby,” she said. “I can only rev at this rate for so many more days. I keep reminding everyone, ‘Guys, when you have a baby, that’s not the end, that’s the beginning.’ There is that moment when you are a new parent and you look down and think, ‘Oh my god, this is now forever.’ We are in it.”