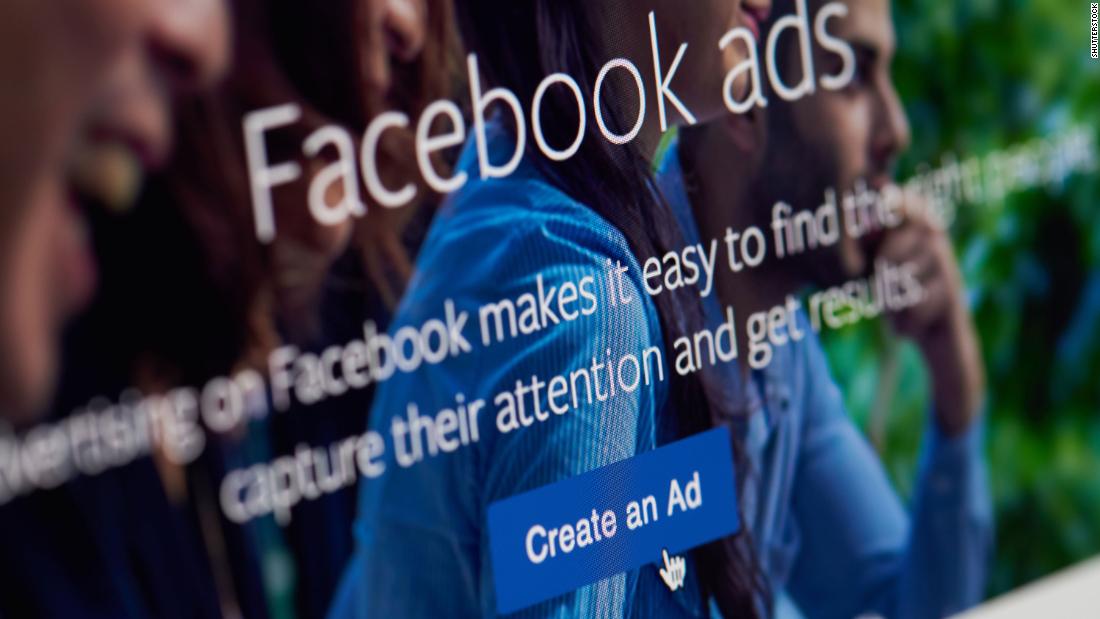 While the big-name dropouts have dented Facebook’s stock price and prompted leadership to address some of the concerns, it’ll take a lot more to stop the company’s digital advertising juggernaut.
Facebook generated $69.7 billion from advertising in 2019, more than 98% of its total revenue for the year. And most of those ad dollars don’t come from companies like Starbucks (SBUX) and Coca Cola so much as the sprawling list of small and medium-sized businesses who use Facebook to attract customers and build their brands.
Facebook has 8 million advertisers, it said earlier this year. Of those, the highest-spending 100 brands accounted for $4.2 billion in Facebook advertising last year, according to data from marketing research firm Pathmatics — or only about 6% of the platform’s ad revenue. The last time Facebook shared that data itself was in April 2019, when COO Sheryl Sandberg said the top 100 advertisers represented “less than 20%” of total ad revenue.

Even as Facebook confronts by far the largest advertiser boycott in its history, the sheer number of advertisers on its platform may insulate the company from too much financial fallout. At the same time, it remains an open question whether many big and small advertisers can afford to stay away from the powerful platform it built for very long.

For all of Facebook’s splashy investments in artificial intelligence and virtual reality products, the company — like many of its peers in Silicon Valley — remains an advertising business at heart. Its most lucrative innovation isn’t helping friends and family connect to one another, but rather positioning itself as an essential tool for businesses of all sizes to connect with an unrivaled audience at the click of a button. It can offer marketers both scale and a ridiculous degree of targeting.

Perhaps the most accurate description of Facebook’s business came during a 2018 Senate hearing when CEO Mark Zuckerberg was asked how the company offers services to users for free. Zuckerberg responded: “Senator, we run ads.”

And the revenue it brings in from those ads has grown along with Facebook’s user base and reach. In 2009, the company’s ad revenue for the entire year was around $761 million, according to data compiled by research firm eMarketer.

Back then, Facebook had 350 million monthly users. Now, advertisers on its platform have access to 2.6 billion monthly users and another 1 billion on Instagram, which it bought for $1 billion in 2012. Facebook’s advertising platform allows them to tailor the audience that sees their ads by age, gender, location and other characteristics — barring some notable exceptions — and track the performance of those ads in real time.

It’s been a game changer, particularly for smaller businesses without the same deep pockets as bigger companies for splashy TV commercials. And it’s effectively turned Facebook into one half of a digital advertising duopoly with rival Google. The two companies together accounted for more than half of all digital ad spending and nearly 30% of total media ad spending in the United States last year, according to eMarketer data. (TV ad spending shrunk from 37% of the total to 29% between 2009 and 2019.)

But Facebook has had a tense relationship with the advertising industry over the years, which has sometimes spilled out into the open.

One of the biggest controversies came in 2016, when the company admitted it had miscalculated — and in some cases, significantly overstated — several ad metrics, including video views and the organic reach for business pages. The incident illustrated how little accountability Facebook has. As one digital agency executive told CNN Business at the time: “People trust Facebook because they are the only ones that have access to all of that data.”
In 2018, several advertisers took Facebook to task over data privacy issues following the Cambridge Analytica scandal. And as recently as this January, months before the current ad boycott, some of the world’s biggest advertisers called on Facebook and other tech companies to do more to prevent ads appearing next to violent content and hate speech.

But speaking out appeared to be easier than quitting the platform entirely. Despite the repeated pushback, Facebook’s powerful ad machine kept rolling along.

And while the growing chorus of brands swearing off advertising is unlikely to kill its bottom line for now, the bad press appears to have rattled Facebook — it held a call with around 200 advertisers last week in which a company executive admitted that there was a “trust deficit” it needs to address.
The big brands joining the boycott now have large marketing budgets and several other places to advertise (including television). Some are reportedly considering alternatives including Facebook rivals such as Google and Amazon or teen-friendly platforms such as TikTok and Snapchat.

But the millions of small businesses with smaller budgets may be less willing to cut the cord.

“I think it’s relatively unlikely that small businesses [and] small brands will join the boycott, because they’re the ones most reliant on Facebook for access to their customers,” Perrin said.

Even those brands who have joined the boycott may not abandon the platform for long. Many of the brands taking a stand have said they will only pause advertising on Facebook through the month of July. Not all of them have specified that they will stop ads on both Facebook and Facebook-owned Instagram, and most of them have accounts on both platforms with millions of followers where they can continue to share unpaid posts. Some of them have also said their advertising hiatus only applies to the US audience.

Finally, as Perrin points out, many companies have likely been forced to dial back their advertising already this year because of coronavirus.

“One thing to keep in mind is that this is happening in the middle of the pandemic, and brands have already really cut their ad spending across all kinds of channels, including Facebook,” she said. “It’s going to be impossible to ever parse out how much did this boycott cost versus how much did the pandemic cost, how much would these same advertisers have pulled back just because of the broader economy.”