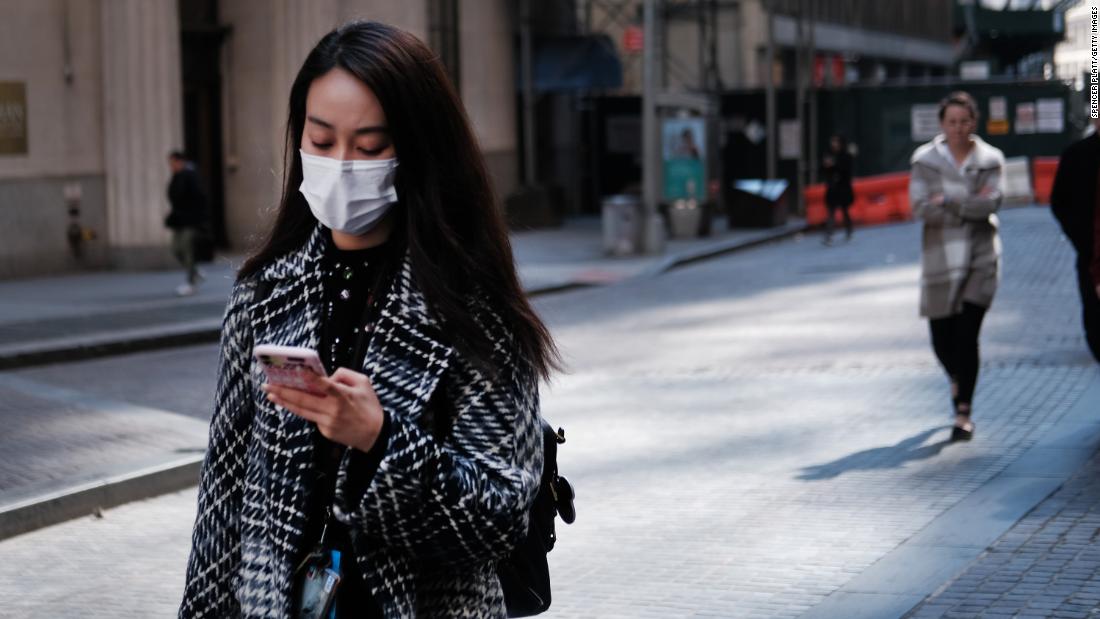 Stocks are inching closer to bear market territory, having dropped nearly 20% from their record highs in February as the market tries to price in the risk of the global coronavirus outbreak. Sandwiched between the bad days have been sharp rebound rallies that included the Dow’s best three days in history in terms of points gained.

If market strategists can agree on anything in these volatile times, it’s not to panic.

A diversified portfolio is built to withstand certain stress, and unless retirement is right around the corner, investors saving for life after employment will have plenty of time to even out recent losses.

Coronavirus, as scary as it might be for the economy, is also only a temporary factor.

The underlying US economy has been going strong for more than a decade, with steady GDP growth and an unemployment rate near a 50-year low. Wages are growing, albeit slowly, and America’s consumers are spending, which is important because they are the backbone of the US economy.

All of this bodes well for a rebound after the coronavirus effect wears off.

“The underlying strength of economic conditions could make it possible for a quick rebound once it appears that the virus is under control,” said Brian Rose, UBS senior economist for the Americas. “With support from both monetary and fiscal policy, our base case is that a sustained downturn will be avoided.”

The Federal Reserve has already cut interest rates in an unscheduled emergency measure last week, and further cuts are expected. The White House has meanwhile proposed a payroll tax cut.
America won’t slide into a recession even though the chances have risen, said LPL Financial in a blog post. Growth in the second half of the year is still expected to outweigh the pain in the first half.

But worries are warranted

Risks to America’s longest economic expansion in history are growing, however.

There are three major areas to worry about, all of which are connected: the economy, the market and oil prices.

It will take a few more weeks before economic data points for the first three months of the year begin to trickle in, finally giving investors a look at the initial impact from the coronavirus outbreak.

But with cases increasing in the United States, second-quarter economic growth could also be at risk. Some forecast negative GDP growth between April and June. No matter if it’s negative or just slowing growth, though, the virus outbreak is expected to deal a hit to full-year GDP growth.

Economists at BMO forecast GDP growth of 1% in 2020, dragged down by negative 2% growth in the second quarter.
Stocks have meanwhile been flashing red as well, with major benchmarks falling nearly 20% from their record highs in February. A 20% decline from the most recent peak is considered a bear market. US stocks aren’t in one yet — but they’re close.
A drop in US Treasury yields has exacerbated the stock selloff in recent weeks. The 10-year Treasury yield fell to a record low of 0.32% Monday, just a week after first falling below 1%.

Deflationary pressures are getting stronger in the United States and around the world, which isn’t a good sign for economic recovery.

The third risk factor is an oil price war between Russia and Saudi Arabia. After last week’s talks between oil-producing nations failed, the Saudis over the weekend lowered their selling price and the oil market collapsed Monday.

Saudi Arabia had ramped up production in the face of falling oil prices.

But the two nations can withstand much lower prices than US production, because those countries input costs for oil production are lower. This could lead to serious economic pain for corporations and workers in America’s oil-producing states likes Texas and Oklahoma.