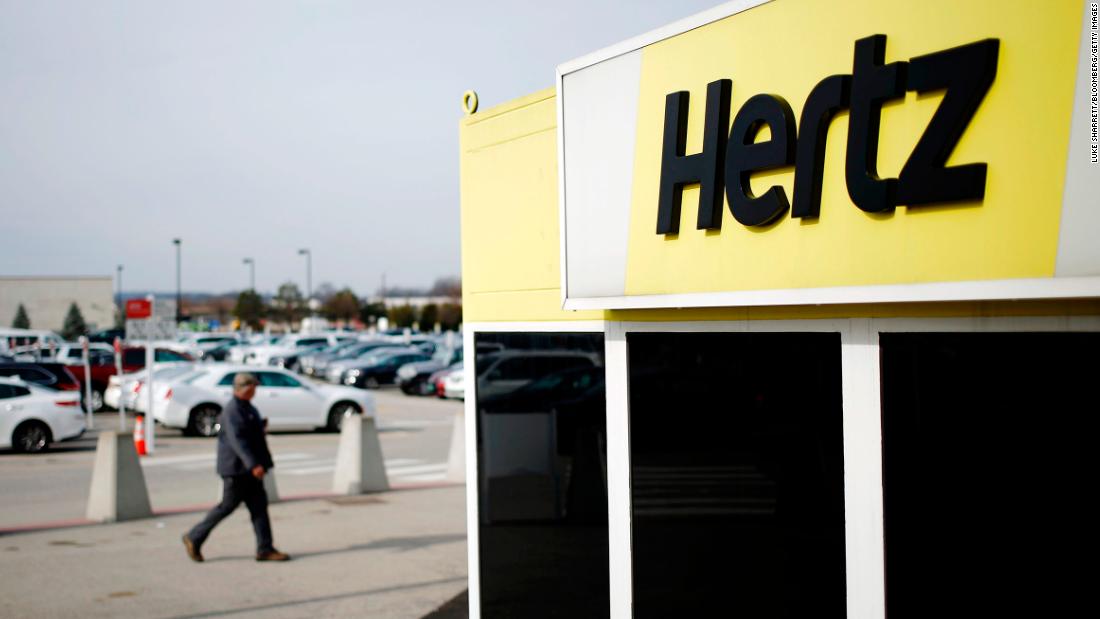 In a highly unusual move, Hertz (HTZ) asked a bankruptcy judge in a court filing Thursday whether it would be allowed to sell up to $1 billion in new stock as part of its Chapter 11 reorganization.
Hertz is seeking to take advantage of the fact that its shares have rebounded from their initial plunge immediately after filing for bankruptcy after the market closed on May 23.

The situation “potentially present[s] a unique opportunity for the Debtors to raise capital on terms that are far superior to any debtor-in-possession financing,” Hertz said in the court filing.

Hertz shares plunged 80% to about 56 cents a share on May 26. But the stock has been on a wild ride since then, climbing as high as $5.53 during Monday’s trade.

Shares closed just above $2 on Thursday as the broader market tanked, but they were up nearly 50% in early trading Friday to around $3 a share. That’s slightly above the price Hertz traded at before it filed for Chapter 11.

Hertz said in the filing Thursday that it’s seeking to sell about 246.8 million unissued shares with the help of investment bank Jefferies Group.

The company touted the fact that by selling more shares, Hertz would not have to pay anyone back.

By contrast, through more traditional forms of debtor-in-possession financing, bankrupt companies often take out loans backed by the firm’s assets. They can help a company get back on its feet — but they still represent new loans that have to be repaid.

But a stock sale is a risky move. Issuing more shares could dilute the value of existing investors.

What’s more, investors who own stock in bankrupt firms are last in line as the company pays back creditors like banks and bondholders. Shares of a bankrupt company are typically wiped out, and if new stock is issued there is no guarantee the prior shareholders will receive new shares.

Hertz cited that fact in its court filing Thursday, saying that it “would include disclosure in any prospectus used to offer common stock highlighting that an investment in Hertz’s common stock entails significant risks, including the risk that the common stock could ultimately be worthless.”

Judge Mary Walrath, who is overseeing the Hertz bankruptcy court case in Delaware, will hold a hearing on the company’s request to issue more shares Friday afternoon.