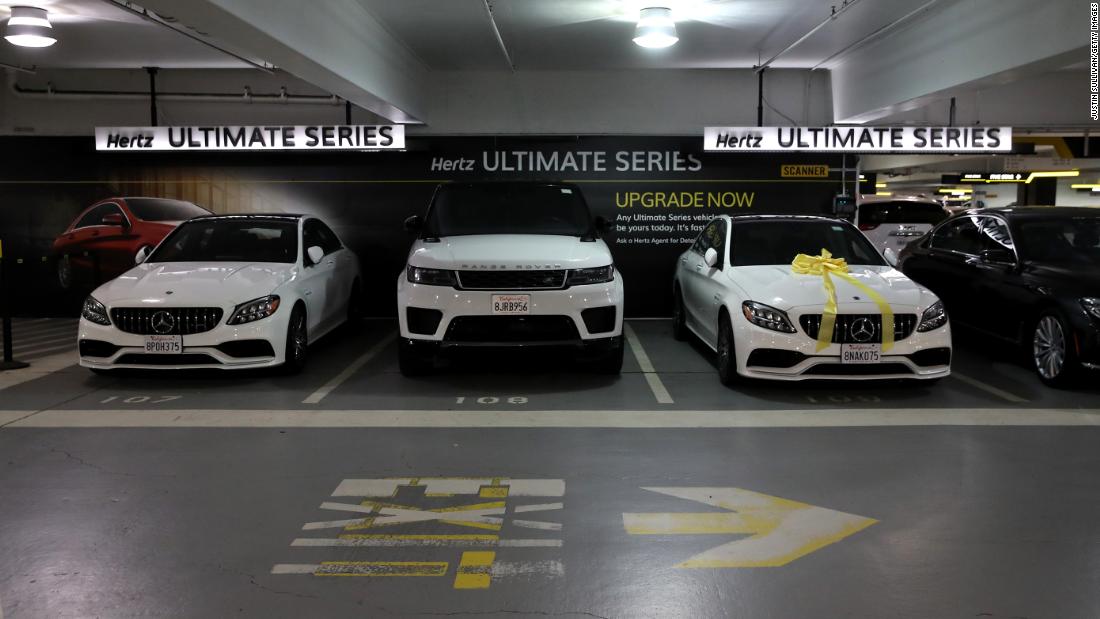 Retention bonuses are typical for bankrupt companies that want to prevent their management from abandoning ship. But they’re always awkward: the company can’t pay its employees or its debts to lenders, but it prioritizes payments to its already handsomely paid bosses.
Hertz (HTZ) paid a total of $16.2 million to 340 executives on May 19 as part of a plan to keep them in place while the company attempts to reorganize, the company announced in a filing with the Securities and Exchange Commission. The executives will be required to return the money should they leave Hertz on their own before March 31, 2021.

Paul Stone, who was just promoted to CEO three days before the retention bonuses were awarded, got $700,000 under the plan. Chief Financial Officer Jamere Jackson got $600,000, while Chief Marketing Officer Jodi Allen got about $190,000.

The company did not respond to a request for comment, but said in its SEC filing that the payments are justified by financial and operational uncertainty that the company and its employees face. Hertz also declared the payments necessary because of the substantial additional efforts undertaken by the company’s key employees with a reduced work force, and the risks to the company if key employees decide to leave.

Still, paying bonuses to executives isn’t a great look. The car rental company let go of 14,300 of its workers since April 14 — nearly half its staff. Hertz has serious financial problems that have been exacerbated by the plunge in air travel in recent months because of the coronavirus pandemic.

Additional job losses are probably coming at Hertz. The company’s press release Friday night said it planned to close an undisclosed number of its locations away from airports. It had 2,600 such locations in the United States as of last year.

Hertz still owes about an average of $4,300 in termination pay to 2,500 employees, or just under $11 million in total. It said paying that termination pay will maintain goodwill with employees, reduce the risk of litigation and make it easier to rehire some of those employees once more normal levels of travel resume.