Hertz’s, Avis Budget’s and Enterprise’s business has ground to a near halt. This is what that means for automakers and car buyers 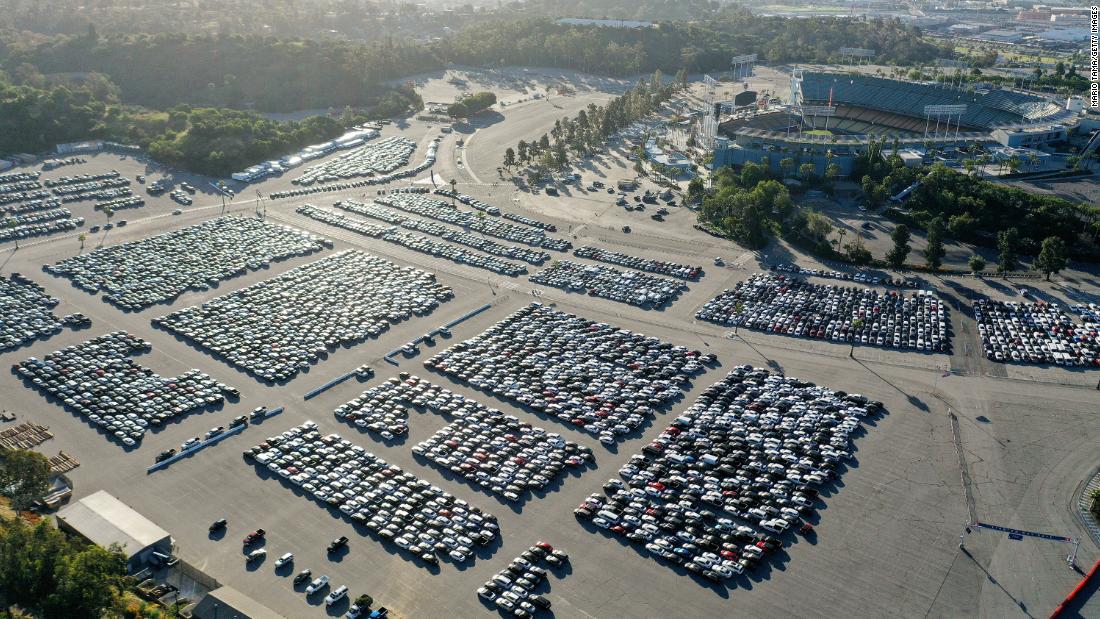 During normal times rental car companies account for 10% or more of US new car sales — an estimated 1.7 million to 1.9 million cars purchases last year. But these are not normal times. Far from it.
But rental car companies get two-thirds of their revenue from airport locations. With flying down 94% in April and May, according to data of people passing through TSA checkpoints, there are far fewer people needing to rent cars.
And much of the non-airport business comes from customers whose cars were involved in accidents, with insurance companies paying some or all of the rental bill. But with driving way down, accidents are also down so much that insurance companies have voluntarily returned more than $7 billion in premiums to customers.

So the rental car companies are dire straits.

Hertz (HTZ), which filed for bankruptcy late Friday night, had already said it doesn’t intend to buy any more cars this year. It had missed payment in April to a group of lenders who hold the leases on most of its US fleet. The company that rents under the Hertz, Dollar and Thrifty brands.
Rival Avis Budget (CAR) is in better financial shape but it is also losing money. It said in March it cut its new car purchase plans for the rest of the year by 80%.

And even with that near halt in purchases, both companies, along with privately-owned Enterprise, are stuck with literally hundreds of thousands of unneeded cars.

The parking lots at Southern California sports venues like Dodgers Stadium and Angel Stadium are packed with rental cars, giving them the look of sellouts even without games being played, recent photos in the Los Angeles Times showed.

But those cars won’t stay there. The companies are likely to sell off a significant portion of the estimated 1.5 million cars they have in their US fleets in the weeks and months to come, according to experts.

“They don’t need them. And they need the cash,” said Jeff Schuster, president of global forecasting for automotive research firm LMC.

Problems in the used car market

There are likely to be at least hundreds of thousands of rental cars sold into the used car market said Zo Rahim, manager of economic and industry insights for Cox Automotive. He said it’s tough to know how deep the cuts will be.

Hertz said it has sold 41,000 cars from its US fleet and another 13,000 cars in Europe in early March, but that the halting of used car auctions and closure of many used and new car dealerships essentially brought sales to a halt. The difficulty in continuing to sell cars is one of the reasons it cited as the cause of its bankruptcy filing. Avis Budget said it already cut its US fleet by 35,000 in the first half of March.

But it clear as used car sales channels gets back to normal, so will plans by the rental car companies to slash the size of their fleets. Avis Budget said it expects its fleet in the Americas will be reduced by 20% by the end of June, compared to a year earlier.

“I think the used market is bracing for quite an influx of vehicles which will drive prices down and put pressure on the market,” said Schuster.

Hit to automakers’ sales to consumers

That drop in used car prices will hurt the automakers’ new car sales in a couple of different way.

First of all it will create an alternative to a new car purchase for some buyers who would be looking to buy. Now they can buy a late model, relatively low mileage used car at a faction of new car prices. And that’s bad news especially now with so many potential buyers dealing with financial setbacks during the Covid-19 pandemic.

“There is a bigger population looking at the value of used vehicles,” said Rahim.

And while the lower prices for a used car could be good for used car buyers, it’s bad news for new car buyers. It can reduce the value of their trade-ins. And it can also raise the cost of leasing a new vehicle, the price of which includes a calculation for the value of the car at the end of the lease.

“All of this is inter-related,” said Schuster. “It affects what consumers will buy.”

And none of it is good for the automakers, which are already struggling with problems of bringing production back online after shutting US factories for nearly two months.

The sales to rental car companies typically are among lowest-margin sales made by the automakers, especially compared to retail buyers who are more likely to pay for the higher priced options.

But while sales to rental car companies “aren’t necessarily the most profitable sales, they move the metal, and generate cash that is needed right now,” said Schuster.