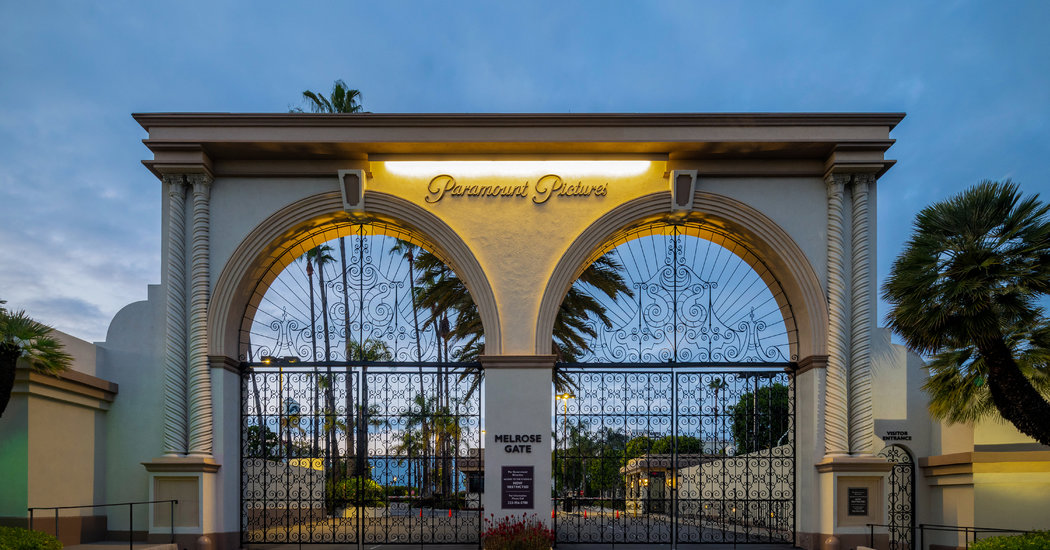 Crews were working on Universal’s latest “Jurassic World” installment and Disney’s live-action “Little Mermaid” in Britain. Guillermo del Toro was in Toronto shooting “Nightmare Alley,” a Fox Searchlight remake. Marvel had productions running in Australia and Atlanta. On the Warner Bros. lot in Burbank, Calif., cameras were rolling on multiple soundstages and editors were working on Lin-Manuel Miranda’s musical “In the Heights.”

But that was another epoch. As with much of life around the world, film and television production has ground to a halt because of the coronavirus pandemic — leaving stars, stylists, directors, studio chiefs, grips, writers, set builders, trailer cutters, agents and scores of other specialized Hollywood workers at home and confronting the same question almost everyone has: Now what?

Across the industry, shooting is not expected to resume until August, in part because of the time it will take to reassemble casts and crews once the coronavirus threat subsides. That leaves a vast number of people without work. Hollywood supports 2.5 million jobs, according to the Motion Picture Association of America; many workers are freelancers, getting paid project to project.

“I keep telling myself, ‘Panicking is not going to help,’” said Muffett Brinkman, an associate casting director who has been unemployed for more than a month. “Hopefully things restart before I’m completely financially ruined.” She is a member of Teamsters Local 399, where the hourly minimum for her job category is $18.45.

Others in Hollywood, especially those on the upper end of moviedom’s caste system, are still working, albeit remotely.

A director assembles a virtual orchestra.

David Oyelowo should be in Baltimore shooting a Showtime pilot. Instead, he has been trying — from home in Los Angeles — to finish his directorial debut, “The Water Man,” a tender family drama that counts Oprah Winfrey as an executive producer.

Filming and editing are done, but Mr. Oyelowo, best known for his starring role in “Selma” (2014), has had to devise a new plan for the score. Before the pandemic, the Belgium-based composer Peter Baert had assembled a 40-person orchestra in Macedonia to record the music, he said. Now, eight musicians will gather (with social distancing) in Brussels within the next month to perform multiple parts that will be layered together by a sound mixer in Nashville to recreate the full orchestral sound.

“The Water Man,” which stars Mr. Oyelowo, Rosario Dawson and the young Lonnie Chavis (“This Is Us”), does not yet have a distributor. But potential buyers have started calling, Mr. Oyelowo said, especially now that Hollywood has had to stop all production. “There are slots to fill,” he said, “and it’s an unusually fertile time to get people’s undivided attention.”

Mr. Oyelowo has been quarantining with his wife, four children (ages 8 to 18) and 85-year-old father, who has an unusual obsession with leaf blowers. “There is a ferocity to it now,” Mr. Oyelowo said of his father’s battles with errant leaves. “And he’s broadened his repertoire to grass trimming.”

Imax hopes to come back with a ‘gust of wind.’

Disney is betting that theaters will be selling tickets and popping popcorn again by late July. Some analysts say August at the earliest. Or could it be June? At least in China?

Megan Colligan, the president of Imax Entertainment, would not publicly hazard a guess. But she said that Imax, which has 1,529 large-format commercial theaters around the world (up from about 250 a decade ago), has been strategizing about how to “create the strongest gust of wind possible” when reopening does happen. “There’s a lot of conversation about how to come back really strong — healthy, robust — and not have a lull,” she said.

Ms. Colligan, who came to Imax in 2018 from Paramount Pictures, where she ran marketing and distribution, has also been looking for ways to run her operation more efficiently when the pandemic passes. “Within this horribleness lies an opportunity to assess and improve your day-to-day business — all of those things you say you would fix if you only had the time,” she said. “What should we do more often? What should stop doing?”

“The surprising thing to me,” she continued, “is how long these days are. It’s phone call to phone call to phone call, and suddenly you’ve been working for 11 hours.” She often works while walking around her neighborhood in a face mask and hat. “It’s easier than trying to talk through a strategy while handling questions from my kids about what’s for dinner.”

In late March, with theaters closed and studios postponing films, one indie company brightened Hollywood’s mood by making back-to-back deals. Neon, the upstart distributor behind “Parasite,” which triumphed at the Oscars in February, snapped up theatrical rights to “Pig,” starring Nicolas Cage as an Oregon truffle hunter, and “Possessor,” a buzzy science-fiction thriller starring Andrea Riseborough.

“Every day is its own harsh new reality with a never-ending myriad of uncertainty,” said Tom Quinn, Neon’s chief executive. “Telling ourselves the show must go on sounds incredibly naïve. But maybe now more than ever it’s important for us to continue doing our job and be a source of entertainment.”

Neon was founded in 2017 with theatrical releases at its core — a bet that cinemas (art houses in particular) would remain viable in the Netflix age. In the near term, however, Mr. Quinn may turn to streaming to keep Neon from going dark.

“I can’t imagine doing anything without cinemas, and our commitment to the theatrical experience remains,” he said. “But the alternative of a summer without movies seems even more unfathomable.”

‘Will people be OK with me touching their face?’

Hollywood glamour doesn’t just happen. It is created by gig workers like Monika Blunder, a makeup artist who has lately been … baking at home. “It calms me,” she said with a sigh.

Ms. Blunder, who has clients like Jessica Alba and Gemma Chan, is represented by the Wall Group, an agency for celebrity grooming specialists (clothes, hair, makeup, manicures). She was last booked for a job on March 10 — a “do and go” for the actress January Jones, who was headed to an event. Ms. Blunder declined to disclose her fees. Wall Group takes a cut. (Makeup artists typically earn $1,000 to $2,000 to prep an actress to walk a red carpet, depending on the wattage of the star. Ad campaigns can pay thousands of dollars a day.)

“It’s really scary,” she said. “Not only the lost income. Will my job change? Do I go back to work with gloves and a mask? Will people be OK with me touching their face?”

Just then, a timer buzzed. The tres leches cake she was baking for her son’s 13th birthday was done.

Nina Yang Bongiovi and her producing partner, Forest Whitaker, specialize in nurturing rookie writers and directors. They produced Ryan Coogler’s first film, “Fruitvale Station.” He went on to direct “Black Panther.” Other discoveries include Chloé Zhao (“The Rider”), who has since been hired by Marvel to direct a superhero film of her own.

While quarantined at home, Ms. Bongiovi has been helping a first-time writer, Joanne Kelly, develop a potential TV series. “We brainstormed characters and story, and it gave me a respite to live in that world for 45 minutes,” Ms. Bongiovi said of a recent Zoom session. (She declined to reveal the premise.) They plan to have similar confabs weekly. Mr. Whitaker will also be joining.

Ms. Kelly may be new to screenwriting, but she has a long résumé as an actress and has appeared on “Godfather of Harlem,” an Epix series that stars Mr. Whitaker as the 1960s crime boss Bumpy Johnson. Ms. Bongiovi and Mr. Whitaker produce the show. The pandemic delayed production on the second season, but the writers have been able to press forward by collaborating online. They will now finish all 10 episodes before production resumes.

“When we return, it will feel like we’re shooting a really long movie,” Ms. Bongiovi said.

Chefs turn to feeding the homeless.

The Los Angeles restaurant owners Jon Shook and Vinny Dotolo were scheduled to feed some 1,500 people at a launch party for the new bite-size streaming service Quibi. Instead, their 5,000-square-foot kitchen in Inglewood was dormant. Their fledgling catering business with Delta Air Lines wasn’t faring much better.

The duo, once referred to as the “Jay and Silent Bob of the food world” by the Pulitzer Prize-winning food critic Jonathan Gold, own four restaurants and invest in three others with cuisine that varies from Italian to a seafood-themed homage to their Florida upbringing. They have furloughed 300 employees of their 400-person staff.

The chefs do have one thing going: For a 10-day period, they cooked for the Los Angeles Mission, which provides three hot meals a day to the homeless. Working out of their catering kitchen, and with a $100,000 contribution from Amazon Prime Video, Mr. Shook and Mr. Dotolo worked with their existing staff and seven additional employees to deliver roughly 10,000 meals to the Mission. They subsequently worked together to deliver 14,000 meals to a local school district.

“Amazon is going to do events again one day, where they will need catering and we will be able to provide that because we will still have a company that stands,” Mr. Shook said. “Then we are helping the L.A. Mission staff, giving them a lighter load and we are helping those in need.”