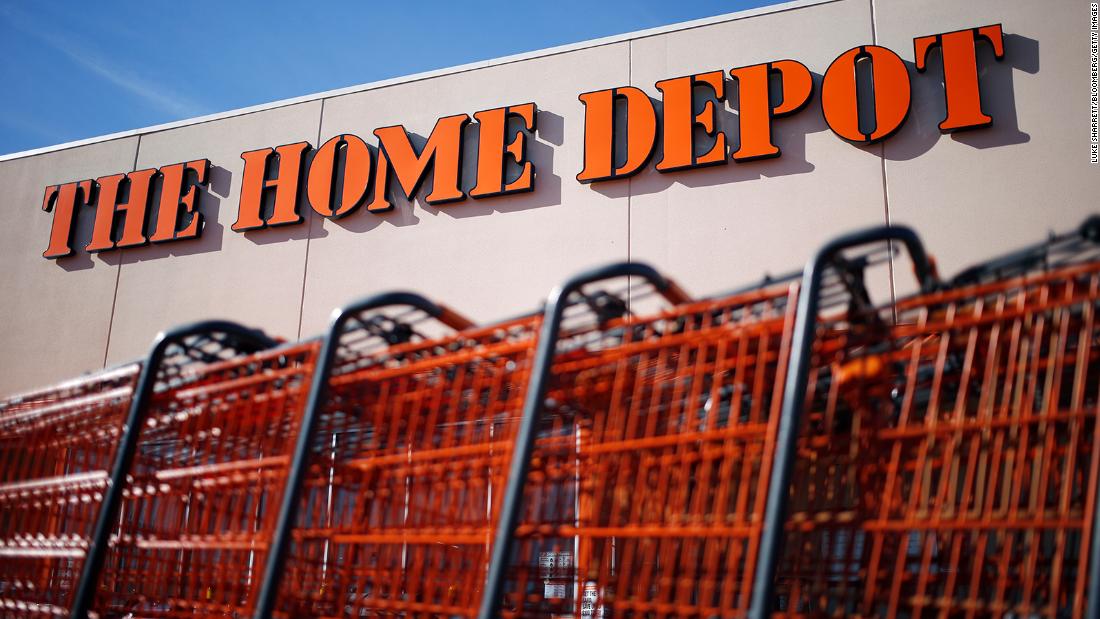 In early June, as the nation faced widespread protests over the killing of George Floyd, a Charlotte resident said she found two nooses hanging in a local Home Depot. She told a local news station she was shocked to find the knots displayed openly on store shelves.
Home Depot (HD) released a statement saying it was “appalled and disturbed by the incident.”

But it wasn’t the first time Home Depot was alerted to nooses in its stores. As a result, the company has decided to sell shorter, pre-cut lengths of rope instead of rope wrapped on large spools.

“Unfortunately, we’ve had some instances where spooled rope was used to create hate symbols and we’re not going to tolerate it,” Home Depot spokesperson Margaret Smith told CNN Business on Thursday.

The hangman’s noose knot is widely regarded as a threatening symbol of racism and hatred. In American history, noose knots were commonly used to hang African Americans during routine lynchings that have terrorized Black communities since slavery.
Home Depot (HD) said the rope sale policy change was a precautionary measure.
In 2016, a Pittsburgh-area Home Depot employee filed a complaint after discovering a noose hanging in the rope aisle inside his store. And last year, a Wilmington, Delaware, Home Depot came under fire after sisters Lisa and Lyonni Flowers reported finding nooses hanging in the store’s rope aisle.

The symbolism of nooses is particularly relevant as businesses and institutions across the country are engaged in a conversation about systemic racism.

NASCAR officials recently released a photo of a noose found hanging in the garage stall of NASCAR driver Bubba Wallace, who is Black. NASCAR personnel found the knot at the Talladega Superspeedway in Alabama on June 21, officials said.
An FBI investigation determined the incident was not a hate crime after investigators discovered the noose had been hanging in the stall since October of last year.

“It was a noose,” Wallace said in response to the FBI investigation. “Whether tied in 2019 or whatever, it was a noose.”