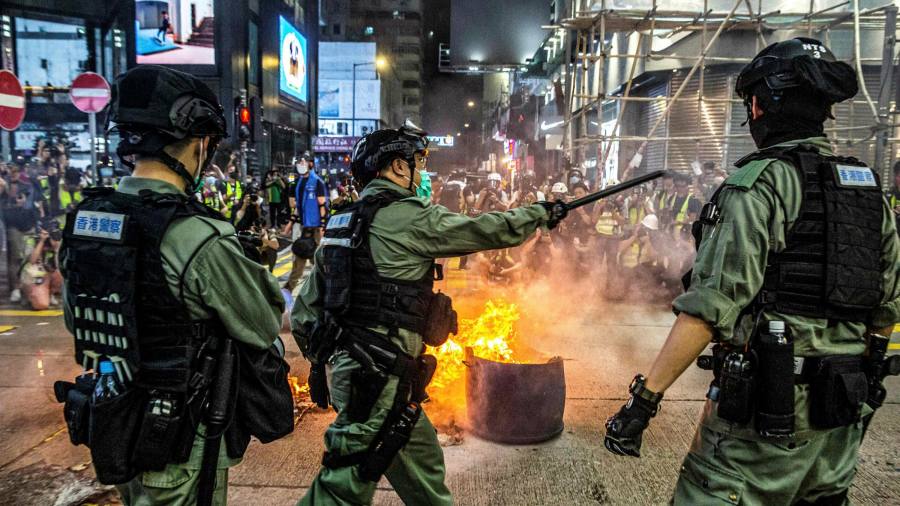 Overnight, US secretary of state Mike Pompeo said the US no longer viewed Hong Kong as autonomous from mainland China. The statement was the most serious response from the Trump administration yet to Beijing’s decision to impose a new national security law on Hong Kong, in a move that has raised concern about the territory’s future as a financial centre.

“No reasonable person can assert today that Hong Kong maintains a high degree of autonomy from China, given facts on the ground,” Mr Pompeo said.

China’s National People’s Congress is expected to pass a motion to begin drafting the security law on Thursday. The legislation had prompted a flare up in street protests in the semi-autonomous territory.

Rising trade tensions between Washington and Beijing did little to halt the current rally in US equities, with the benchmark S&P 500 index closing 1.5 per cent higher on Wednesday. Futures markets pointed to further gains of 0.4 when Wall Street opens later in the day.

Traders in Hong Kong said that investors had largely anticipated a strong reaction to the security legislation from Washington, which partly explained why the moves in the city’s stock market had not been severe.

“The US-China spat is going to continue and from a trading point of view — that’s just the norm,” said Andy Maynard, a trader at Hong Kong-based China Renaissance, who added that many investors were staying on the sidelines. “No one is piling in at the moment, volume is relatively low.”

However, other analysts cautioned that it may only be matter of time until rising US-China trade tensions are more keenly felt in markets.

“It is hard not to see the remarks by Mike Pompeo on Hong Kong overnight as anything but a gloves-off restart of US political hostilities towards China which will likely see trade tensions worsen and tit-for-tat retaliation commence,” said Robert Carnell, head of Asia-Pacific research at ING.